Over the past few days, the word “incel” has found its way into the mainstream vernacular as the result of Toronto’s devastating van attack making international headlines. On Tuesday, Alek Minassian, 25, was charged with 10 counts of first-degree murder and 13 counts of attempted murder, with an additional charge to come. As the worst mass killing in Canadian history in almost 30 years, Prime Minister Justin Trudeau called it “a senseless attack and a horrific tragedy.”

Incel refers to involuntary celibacy, an online subculture of men who are frustrated at their inability to obtain sex, validation and love from a romantic partner. Some within this community go as far as advocating rape as a means by which to gain sexual gratification. Soon after Mr. Minassian’s arrest, a post was discovered on his Facebook page, announcing that the “Incel Rebellion” had begun and “all the Chads and Stacys” (sexually attractive men and women) would be overthrown.

The post also praised Elliot Rodger, the 22-year-old who, in 2014, stabbed three men to death in his apartment before embarking on a shooting rampage in Isla Vista, Calif., killing three others and injuring 14 before taking his own life. In a manifesto Mr. Rodger wrote before his death, he expressed resentment about living a celibate, lonely life and his desire to inflict revenge on the women who had rejected him and the men whom they chose, instead of himself, as sexual partners.

The van attack is the worst mass killing in Canada since the 1989 massacre at Montreal’s École Polytechnique, which echoed a similar sentiment: Marc Lépine killed 14 female engineering students before turning the gun on himself, because of his belief that women were being granted unjust advantages over men. The majority of Mr. Minassian’s alleged victims were women; however, Toronto police have not confirmed whether they were targeted.

Over the past year, whenever there has been a news story involving an atrocious act at the hands of a male perpetrator – as in the case of Harvey Weinstein and Parkland school shooter Nikolas Cruz – media reports are quick to point the finger at masculinity and male-typical traits as being the root of the disease.

In order to understand this type of violence, we must look it in the eye, instead of finding comfort in familiar, yet false, narratives.

The concept of “toxic masculinity” claims that society discourages men from expressing their emotions and this leads them to act out in harmful and violent ways. It pathologizes and shames male behaviour, and shuts down any meaningful conversation about what is really taking place.

The issue is not about sex, or even sexual entitlement. In my experience working clinically with incarcerated violent and sexual offenders, these crimes are instances of antisociality manifesting as hatred toward women. Antisocial personality disorder is defined by remorselessness and a pervasive disregard for the well-being of others – and can be present in women, too. In the context of therapy, it is notoriously difficult to treat. The most effective approach is one of prevention, targeting at-risk youth before they become violent. Even if those in the incel community were sexually active, they would still harbour resentment toward women.

In order to understand this type of violence, we must look it in the eye, instead of finding comfort in familiar, yet false, narratives. The majority of men are not misogynistic or filled with rage toward women. Most men do not behave like this, including men who are sexually frustrated. Those blaming “toxic masculinity” and “rape culture” are missing the mark – this isn’t an issue about gender and it shouldn’t be made into one.

As we’ve seen previously in cases where mass shooters gain infamy and notoriety, individuals such as Mr. Rodger, and now Mr. Minassian, will be glorified for their alleged atrocities. But this particular kind of animosity, now being branded as the product of involuntary celibacy, is nothing new. It is an old theme that has mutated slightly owing to our advances in technology.

A glimpse into the hidden depths of the internet can offer startling revelations about humanity. As this story continues to unfold, we should condemn the attack for what it is: Horrifying and misogynistic. But if we truly want to end violence against women, we must not demonize men and masculinity in a bid to make sense of the senseless.

Opinion
Toronto may be strong, but so is the drive to ignore painful truths
Subscriber content
April 27, 2018 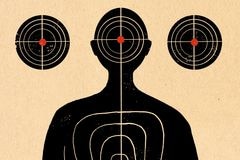 Opinion
For women, misogyny is a daily reality
April 27, 2018 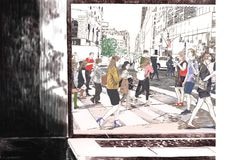 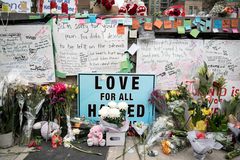 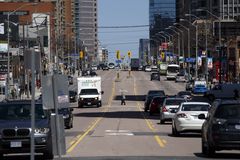 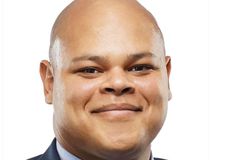