Margaret Wente is a former Globe and Mail columnist

On Tuesday, the little airport in Palm Springs was unusually crowded. It was packed with snowbirds eager to get home. There were parents with their kids and wagonloads of luggage. There were sprightly older people in running shoes and tracksuits.

Nobody was particularly panicked or upset. Instead, people looked relieved. As the borders hardened and the planes stopped flying, all of us wanted to get out of Trump’s United States before things completely shut down. We knew we were the lucky ones. A middle-aged dad told me he had to get back to his landscaping business in Vancouver so that he could figure out how many people he’d have to lay off. A white-haired woman from Winnipeg said: “I’ve always liked apocalyptic movies. But I never thought I’d be in one.” Another man – a health-care consultant – said he and his wife had been on the verge of retiring, but that was off now. They’d planned to travel. But now, they had a lot less money and nowhere to go.

A few hours after we took off, Palm Springs shut down. Everybody but essential workers has been urged to “shelter in place” – which means, stay home. Many people think more drastic measures are called for. They want mandatory quarantines, with stiff penalties for those who don’t comply. China has them. Israel has them. What was unthinkable here is now well within the realm of possibility.

On the plane, I thought about the delicious restaurant meal we’d had the evening before we left. We knew it would be our last time dining out for quite a while. It turned out to be the last one for the restaurant, too, which closed the same day we left. We kicked ourselves for only leaving a 30-per-cent tip.

When we got home to Toronto, we found that government assurances of “enhanced” screenings weren’t as expected. Nobody took our temperature or assessed our health. We had a 20-second encounter with someone who asked if we were aware that we were supposed to self-quarantine for 14 days. He gave us a piece of paper with directions on how to do it. It said to avoid people and wash your hands. It was not very helpful.

Our world has changed utterly in a week. Last week, COVID-19 was something that happened to other people somewhere far away. Last week, we could meet our friends for a cup of coffee, arrange play-dates for our children, go out for a meal, see our moms in the assisted-living home. This week, we’re wondering how some of our friends and family will get by. Their livelihoods are vanishing. Their old-age income is drying up. We are living in suspended animation, where the pleasures and routines and structures of ordinary life have been ripped from us, and nobody knows what will happen next. The future has become a black box.

This catastrophe isn’t 9/11. It’s way more transformative. Unlike terrorist attacks, plagues attack the structure of everyday life. Plagues are capable of killing far more people. Some have devastating economic effects that make everybody poorer. They can shatter people’s belief in authority, or God. Unlike terrorist attacks, there’s no human enemy or terrible regime to go to war against. There is only a virus. And it’s infinitely easier to kill a tyrant than a virus.

Things aren’t entirely hopeless, we’re told. If our leaders do everything right, if they stay united, if they target their responses in the correct ways, if they can execute as well as plan, then we’ll be okay. And if you have confidence that they can do all this, then you’re far more confident than I am.

It would be nice to blame this pandemic entirely on bad luck, or on the negligence and lies of the Chinese regime, with their belated crackdown on wet markets and their totalitarian leaders who prefer to shoot the messengers. But there’s lots of blame to go around. There are all the wealthy countries that failed to prepare for a serious pandemic they were bound to know was coming, and who in recent years cut back on ventilators and ICU beds. There are the government and business leaders who thought it was smart to outsource vital medical components and equipment to a country that was not necessarily our friend, because it would be a few bucks cheaper.

Every so often, I think we’re over-catastrophizing about this thing. And then I read something that suggests we are, if anything, under-catastrophizing. Here’s what Michael Warner, medical director of critical care at Michael Garron Hospital in Toronto, told The Globe and Mail the other day: "What seems like Draconian today, will seem so patently obvious two days from now … I think we are hours or maybe a day away from a full-on shutdown.” A catastrophe is when doctors are forced to perform triage on people’s moms. That’s what’s happened in northern Italy. A lot of people think we’re getting to that point, too.

If you think our leaders know what they are doing, you’d be mistaken. They’re making it up as they go along. Now their plan is to inject a jillion dollars into the economy in order to jolt it back to life. And of course we hope it works. Yet how can any stimulus resurrect an economy when half of it is shut down? When the landscape service, the art school, the restaurants and the bars and the little mani-pedi shops and entire industries collapse, and when nobody can afford to spend an extra dime because their retirement savings have been savaged? A lot of people will be ruined. There’s not enough money in the universe to bail them out.

The economic consequences of the pandemic may well be worse than the pandemic itself. They will certainly last far longer.

I’m sorry to be so gloomy. We’re supposed to be upbeat.

We’re supposed to believe that mutual trust and optimism and pulling together will bail us out. And I truly hope they do. But anyone who thinks we will pick up life where it left off is kidding herself.

Already, our vacation photos from last week look like scenes from another age. They show us doing just what we’d always dreamed of, hiking in the mountains, enjoying time with friends. Everyone looks happy and carefree. Everyone is hugging each other. Nobody is paying attention to the news.

When will we get that world back? Not any time soon. Disease and the coming Great Recession will test us like no other challenge we have ever faced. We thought we were in control, secure in our lives, our futures reasonably predictable. Now all bets are off. For now, and perhaps for a long time, our world has become a narrow, confined and lonely place, where we can’t see our friends or kiss our moms.

Last week was another country. We hugged each other then. We weren’t afraid of strangers. Imagine that. 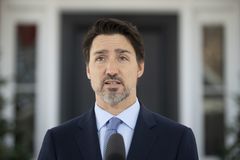 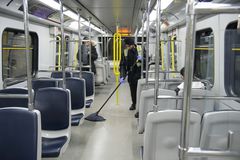