Last week, in an incident charged with anti-Asian racism, misogyny and classism, a white man was arrested in the killing of eight people – six of them Asian women – in a mass shooting in the Atlanta area.

This fatal and unacceptable act follows a troubling trend of increased anti-Asian hate over the past 12 months. Amid the COVID-19 pandemic, there has been a spike in online slurs linking people of Chinese descent to the novel coronavirus; a report by the artificial-intelligence firm L1ght found that online hate directed at Chinese people has increased by 900 per cent. Here in Canada, the Fight COVID Racism initiative has tracked more than 950 incidents of anti-Asian hate crimes across the country since the start of the pandemic, while the Vancouver Police Department reported a 717-per-cent increase in hate-crime incidents against Asian communities there.

Sadly, the Atlanta shooting is just the latest incident to remind us that, if left unchecked, online hate can inflame bigotry and result in real-world violence – and that online hate is not experienced by all of us equally.

Evidence from Statistics Canada highlights that 7 in 10 people who report online hate to police are women or young girls. Recently released data found that racialized Canadians are three times more likely to face racism online, and young people aged 18 to 29 are far more likely to have experienced online hate compared with other Canadians. Findings from the Mosaic Institute found that 38 per cent of Black, Indigenous, Jewish and Muslim respondents felt unsafe because of something they experienced online.

And so this past weekend, to mark the International Day for the Elimination of Racial Discrimination, the Canadian Race Relations Foundation (CRRF) and YWCA Canada joined together to launch the #BlockHate campaign to raise awareness of the personal toll that hate speech can have.

This work becomes increasingly urgent as more of us spend time online to stay safe from COVID-19. The internet has become our workplace, our school, our marketplace, our social hub, the vehicle for our democracy and the landscape by which we contribute to the public discourse. When online spaces are not safe, that doesn’t just threaten our offline livelihoods, but our very lives.

We believe now is the time to put a stop to the pandemic of online hate, and Canadians seem to agree. A recent poll conducted by the CRRF and Abacus Data found that 93 per cent of Canadians believe that online hate speech and racism are problems. The majority of Canadians also think that the federal government has a responsibility to put forward measures to stop the spread of hateful and racist rhetoric online.

So what can we do? New federal legislation focused on addressing online hate speech will reportedly be tabled in a few weeks by Canadian Heritage Minister Steven Guilbeault. Meanwhile, a 2019 Parliamentary study on the issue recommended solutions to prevent, track and report online hate. The CRRF/Abacus Data poll also revealed that 80 per cent of Canadians are in favour of regulations such as actions that remove online hate within 24 hours of being posted.

Online hate regulation in itself won’t fully eliminate the problem, but it has the potential to dramatically reduce the volume and the speed with which it travels. Reducing its spread is of pivotal importance.

Some may argue that while hate online is disturbing, it doesn’t warrant infringing on people’s freedom of expression. But here, we’re reminded of a quote by the Black novelist, playwright, poet and activist James Baldwin: “We can disagree and still love each other, unless your disagreement is rooted in my oppression and denial of my humanity and right to exist.”

From the allegedly incel-motivated act of domestic terrorism that left an Asian woman at a Toronto massage parlour dead last May to the 2018 van attack targeting women on Yonge Street to the Quebec City mosque shooting in 2017 to the recent surge of anti-Asian hate crimes in Vancouver, there are too many Canadian examples of the deadly consequences of letting online hate fester.

As we consider the trajectory of Canada’s post-pandemic recovery, we cannot forget to tackle online hate. We can’t “build back better” or have a true recovery if a climate of hate, fear and violence persists. Let’s work together to ensure a violence-free future for all of us, by blocking online hate – in all its forms. 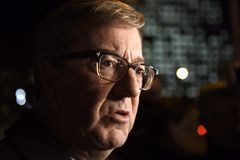 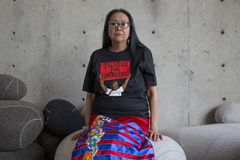 ‘I am proud to be Asian’: Sandra Oh speaks at Stop Asian Hate protest in Pennsylvania
Subscriber content
March 22, 2021 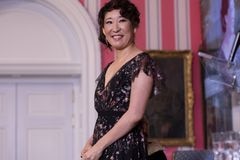