In a January, 2018, story published by the now-shuttered Gen-Z women’s website Babe.net, it was alleged that Aziz Ansari – the comedian and actor whose name has become shorthand for situations not legally categorized as sexual assault but which nevertheless violate the agreement of consent – behaved coercively toward a woman he’d invited back to his apartment after a date. In an exhausting cycle of flirtation and rejection, he was embarrassingly persistent and unrelenting, respecting the woman’s requests to back off between repeated rounds of physical contact.

I believe his words to be genuine, and I understand very well that trauma leaves behind a range of emotions and responses to flail through, even as time goes on. But is acknowledgment enough?

While many decried Babe.net’s reporting as overreach, a recent profile of Babe.net by The Cut notes that the website’s office had a framed print of the Ansari story displayed proudly on its wall, commemorating what its staff saw as journalism to be proud of. But what the story certainly accomplished, bumbling as its execution may have been, was to confirm that, as a society, we lack a cohesive definition of harm. Our willingness to offer empathy remains contingent on proximity and partiality to the accused, with almost no meaningful consideration of the victim’s physical and emotional suffering. The piece also brought to light that our concept of recompense is in complete disarray. Wholehearted or not, the discussion of whether Mr. Ansari’s atonement is adequate raises an urgent and cardinal question: What do we need from abusive men?

In the 1998 book Restorative Justice: A Vision for Healing and Change, author Susan Sharpe identified five principles for effective restorative justice, a rehabilitation system that focuses on reconciliation between offenders and victims. Employed discriminatingly by experts owing to its potential for retraumatization, the concept of restorative justice places as much importance on the victim’s relief as it does the offender’s restitution and return to society as a healthier, less harmful person. Ms. Sharpe’s principles are: participation of all parties, reparation of both tangible and intangible harm, direct accountability, reintegration where there has been division – meaning that offenders are not forced to leave town – and a future-focused effort to prevent further harm.

There is no universal format for justice. Still, as this era of reckoning settles in to become a permanent system of amateur legality given the deficiencies of our current legal structure, we need to start thinking of what reasonable corrections look like beyond superficial carceral measures. Is it crass to want some kind of extralegal, ecumenical chart on which one could look up an abuser’s crime and connect it to a suitable penalty? I cringe at the oversimplicity of this half-serious suggestion, yet ache for a shared understanding that would help us talk more clearly, openly and practically about what justice could be.

Perhaps we should instead think about how justice could feel – a reverie that has, in my own life, both shepherded my path toward revival, and derailed otherwise perfect days when I’m reminded of how much time, money and fortitude I’ve hemorrhaged into the one-sided pursuit of closure.

After the arrest of American billionaire Jeffrey Epstein, a registered sex offender who has recently been accused of additional sex-trafficking crimes, journalist Moira Donegan tweeted: “There’s a rhetorical effort afoot to continually raise the standard for how brutal men have to be toward women in order for women’s anger to be justified. It is up to all of us to say that we will not lower our standards for how women are treated.” In our raw, blunt calculations toward a simpler index of justice, it is important that we not allow the frequency of offences that mirror Mr. Ansari’s to absolve men who’ve committed equal or greater crimes of their responsibility to repent. Our scales of justice need a scale, yes, but it is the responsibility of the offender to find something to weigh.

As Atlantic magazine advice columnist and Los Angeles-based psychotherapist Lori Gottlieb wrote back in November about whether it is possible to apologize for sexual assault: “Whatever you choose to do – and whatever she decides to do with it, even if she does come to a place of forgiveness – you’re still going to have to find a way to come to terms with what you did.”

Let me tell you, if I may, what I need from abusive men. It’s not so much an apology, but to know that the offender has brined in the agony of what they did. I want to know that you’ve thought about it, that the burden of your actions lives with you as it does in me, that on your otherwise perfect days, your mind, too, can be snatched away by a memory. I want you to know that somewhere out there is a person you really hurt, who is struggling to remain upright while you carry on unscathed. And I want all of this introspective heart-searching to become refinement, so that you never do it again.

Epstein’s finances to be kept secret ahead of bail hearing on sex-trafficking charges
Subscriber content
July 12, 2019 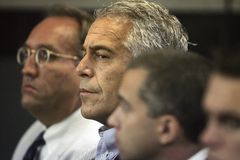 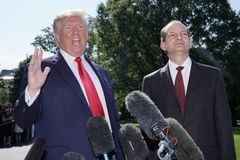