Peter Singer is an author and professor of bioethics at Princeton University, Laureate Professor at the University of Melbourne and founder of the non-profit organization The Life You Can Save.

On Dec. 26, Japan announced that it was leaving the International Whaling Commission (IWC). Yoshihide Suga, Japan’s chief cabinet secretary, emphasized the cultural significance of the whaling industry for local Japanese communities and said that the IWC had focused too much on conserving whales and not on its stated goal of developing a sustainable whaling industry.

That the IWC has ceased to act in accordance with its original purpose is difficult to deny. The IWC was set up by the International Convention for the Regulation of Whaling, which was agreed to in 1946. The preamble of the convention describes whale stocks as “great natural resources” and indicates that the purpose of the convention is “to provide for the proper conservation of whale stocks and thus make possible the orderly development of the whaling industry.”

That is how the IWC operated for its first 25 years. From the 1970s on, however, attitudes toward whales began to change. Many governments that had previously been members of the IWC because they engaged in whaling and wanted to protect these “resources” from unsustainable overuse instead began to reflect the more positive attitudes to whales of their citizens. As a result, in 1986, the IWC passed a moratorium on commercial whaling, which has been maintained ever since, even though it is today difficult to argue that all stocks of all species of whales are so imperilled that no commercial hunting could be sustainable.

Japan has not openly breached the moratorium; instead, it has got around it by exploiting a loophole allowing the killing of whales for scientific research. Each year, Japanese whaling ships have killed about 300 whales, allegedly for this purpose. The carcasses of the whales were taken to Japan and their meat was sold to the dwindling minority of Japanese who continue to eat whale meat.

In 2010, Australia took Japan to the International Court of Justice, which found that Japan was in fact engaging in commercial whaling, in breach of IWC rules. But Japan simply tweaked the “research program” a little, and went back to killing the same number of whales it had been killing before.

The IWC’s change of purpose was made clear just last September, when at a meeting in Florianopolis, Brazil, member countries voted 40 to 27 for a Brazilian proposal to maintain the ban on commercial whaling, and assert that whaling is no longer a necessary economic activity. For Japan, which sees maintaining its whaling industry as a matter of national pride, that vote would have been the final straw that made continued membership of the IWC pointless.

What we cannot disregard, however, is the fact that the new attitude to whales that has led to the change in the IWC’s purpose is neither a purely emotional response to killing mysterious big animals nor the imposition of Western attitudes on other cultures. It has a solid basis in our improved scientific understanding of whales, and in the moral progress we are making in extending the circle of moral concern beyond our own species. That concern is very much in accord with Japan’s own Buddhist tradition, which teaches compassion for all sentient beings.

We have learned a lot about whales since 1946, We know that they are social mammals with big brains, capable of communicating with each other by various sounds. They bond with their children and with their social group. They live long lives – bowhead whales live much longer than any other mammal; some have been found with 200-year-old ivory spear tips embedded in their flesh. Many other whales live at least 40 years. They appear to be capable of both pleasure and pain – and not only physical pain, but very likely also distress at the loss of a child or one of their group.

Whales are therefore not stocks in the sense in which we as a country may have stocks of coal. Nor are they resources to be harvested like a field of wheat. They are individual beings, with lives of their own that may go well or badly.

In modern commercial whaling, whales are killed by an explosive harpoon fired from a moving vessel at a moving target. That makes it very difficult to hit the whale in the right spot for an instantaneous loss of consciousness. Nor are commercial whalers willing to use enough explosive to be sure of a quick kill, because they want an intact whale carcass, not one blown to bits. Hence harpooned whales typically die slowly and painfully. If we needed to eat whales to survive, inflicting that kind of death on a sensitive social mammal might be defensible. For well-fed people in Japan or other affluent countries, it is not.

And perhaps it will. Once Japan leaves the IWC, it will no longer be able to continue whaling in the Southern Ocean under the guise of “scientific research.” Recognizing this fact, Japan has said it will carry out commercial whaling only in its territorial waters and exclusive economic zone (EEZ), which means, roughly speaking, an area of 4.5-million square kilometres around its territory. That’s a large area, but it contains far fewer whales than the Southern Ocean, and if Japan wants to have a sustainable industry, that will place strict limits on the number of whales its ships can kill.

Perhaps instead of feeling dismay at Japan’s departure from the IWC, we should celebrate the fact that the Southern Ocean Whale Sanctuary, established by the IWC in 1994, will now be the true sanctuary for whales that it never could be while Japanese ships were conducting their brutal “scientific research.”

In leaving the IWC, Japan has put itself on the outside, as a nation that is oblivious to the legitimate moral concern of many countries and people, including, as polls in Japan show, its own people. The next generation of Japanese leaders will surely see this as a false step that they will want to reverse. 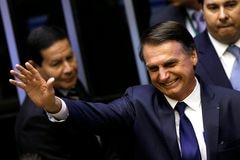 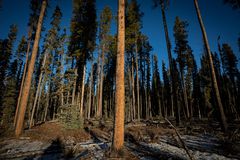