Jocelyn Coulon is a researcher at the Montreal Centre for International Relations and a former senior policy adviser to the Minister of Foreign Affairs. He recently published Canada is Not Back, a book about Justin Trudeau’s foreign policy.

Canada’s situation in the world has deteriorated. For the first time in its recent history, Canada now finds itself in an exceptional position: its relations are rocky, not to mention poor, with four of the world’s great powers: the United States, Russia, China and India. It was not supposed to be like this.

During the previous election campaign, Prime Minister Justin Trudeau had promised to restore Canada’s reputation on the international stage. According to the Liberals, during their decade in power, the Conservatives had refocused the international role of Canada, from that of an honest broker to that of a warrior nation, a country with a belligerent tone. Opinion polls had consistently shown that Canadians were uncomfortable with this new role for the country.

Mr. Trudeau understood the gap between Conservative government policy and public expectations. He sought to restore the balance, providing voters with an ambitious election platform that skilfully combined tradition and innovation. Mr. Trudeau’s platform offered voters the prospect of Canada re-engaging with the United Nations, taking part once again in UN peacekeeping missions, and even looking to engage with adversaries such as Russia and Iran.

Still, it is worth asking whether Mr. Trudeau walks the talk – whether his actions as Prime Minister correspond to his compelling words. What has become of the ambitious goal of restoring Canada’s role on the world stage? If the Trudeau government’s concrete actions are compared with its public statements, it is clear that the promise of bringing Canada back has not been fulfilled. On peacekeeping, on Russia, on the Middle East, on foreign aid, the Liberal foreign policy agenda does not represent a break with Conservative policies, but a continuation.

For their part, Andrew Scheer’s Conservatives are still trapped in the Harper era. In a recent speech on foreign policy in Montreal, the Conservative Leader reaffirmed the vision of the former prime minister, aligned completely with the U.S. and Israel. Mr. Scheer agrees with the Liberals on one matter: defending the existing international order.

Growing competition and power relations between states are creating upheaval on the global stage and undermining international institutions. Power is being fragmented, and we are seeing the emergence of a new world grouped around regional centres of influence, each dominated by a single great power. For example, international law is being trampled underfoot (the U.S. in Iraq, Russia in Ukraine, China in the South China Sea) by the very powers that are supposed to be upholding it.

Emerging powers such as China, Brazil, Turkey and India are asserting their ambitions and trying to reinvent the global rules for geopolitics, finance and trade that were set in place by the victors just after the Second World War. Other states, such as Russia, but also several members of the European Union and of NATO, such as Turkey, Poland and Hungary, are challenging the liberal character of this order, promoting authoritarian rule. Even the United States is affected by this upheaval. President Donald Trump is a compelling symptom of it.

And yet, the only answer political parties give is that Canada ought to fight hard to maintain and strengthen the existing world order. We should move beyond this narrow view. Canada has an opportunity to make an original contribution to building a new world order by acknowledging the deep-seated causes of the crisis challenging the world and devise a new policy moving forward.

The crisis with China and tensions with India, Russia, the U.S. and Saudi Arabia show that Canada is a middle power in decline with few friends to intervene on our behalf. To avoid being marginalized, Canada must now think strategically and rediscover the ideas and the means to defend its national interest.

We need a serious debate on foreign policy. The next federal election is a good place to start. 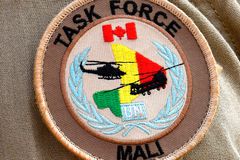 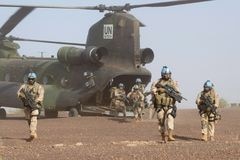