Bessma Momani is professor at the University of Waterloo, senior fellow at the Centre for International Governance Innovation, and non-resident fellow of the Washington-based Stimson Center

Saudi Arabia’s brash Crown Prince Mohammed bin Salman (MBS) may be trying to tout his image as a reformer, but his government’s arrests of at least seven activists a few weeks before the country permits women to drive is meant to remind his citizens that the new Saudi Arabia is the same as the old: autocratic.

Less than a month ago, MBS had toured Western capitals, dined with European leaders, courted A-list Hollywood stars and reached out to world religious leaders. Because of a powerful public-relations campaign, it was hard to avoid noticing the crown prince’s attempted charm offensive wherever he went. Glossy magazines with headlines touting “the New Kingdom” were found in every corner store throughout the Washington area. Billboards, buses and taxis plastered MBS’s picture throughout London with the caption, “He is bringing change to Saudi Arabia.”

Sympathetic Washington think tanks, influential journalists and American religious leaders then visited Saudi Arabia and returned to attest to the Prince’s reform efforts. The new Saudi Arabia is open for business, investment and Western engagement. While the image MBS presents to Western leaders, international media and global influencers is that Saudi Arabia will be forward-looking and business-friendly, the message to his people is that liberal democracy and an open political system is not on the horizon.

To give him credit, MBS is finally clamping down on radical religious preachers, bringing sorely needed entertainment to his youthful population and at last ridding the country of its medieval law preventing women from driving. But in the same year that MBS has undertaken popular social cultural reforms, he has arrested hundreds of prominent writers, academics, poets, journalists and human-rights defenders. These arrests did not garner international headlines, like the arrests of billionaires holed up in the glitzy and luxurious Ritz-Carlton hotel, but the silencing of Saudi public dissent and free thought is palpable.

To make matters worse, the arrests of Saudi free thinkers have been made in the name of national security. Charged with vague and broadened definitions of terrorism, those arrested are often forgotten by Saudi society, which, at the moment, is filled with intense nationalist pride and is cheering on their young crown prince for his bold reforms. Saudi citizens are among the most engaged people on social media in the world, but the new Saudi Arabia does not tolerate these mediums being used for anything more than gratuitous praise of its young leader and his foreign policies, however reckless they may be.

The most recent arrests of Saudi women, who have both fought against the driving ban and guardianship laws a month before women will be permitted to drive, are a reminder of the political norms in the new Saudi Arabia. They have been branded as traitors by the Saudi government and absurdly charged with working with foreign entities to destabilize the kingdom. Their arrests are meant to be a signal to Saudi activists and reformers that their human-rights campaigns are futile. By design, the women arrested will be denied the chance to take credit for campaigning to end the driving ban. On June 24, when Saudi women will be allowed to get behind the wheel for the first time, there will be countrywide celebrations and international adulation of MBS’s reformist ways. By then, the arrest of these female activists will be yesterday’s news.

But these women ought not to be forgotten; I, for one, will not forget the courage of Loujain al-Hathloul.

I had the pleasure of meeting and speaking to Ms. al-Hathloul about her dreams for a different Saudi Arabia. As with nearly 100,000 young people who left Saudi Arabia every year for nearly a decade to study in the West under the King Abdullah Scholarship Program, she gained a new understanding of human rights. As a student in British Columbia, Ms. al-Hathloul’s Canadian education taught her the tools to question power, gave her confidence to be a change maker in her society and allowed her to see the value of liberal democracy in practice.

Mohammed bin Salman’s new Saudi Arabia is not the one that Ms. al-Hathloul and so many other Saudi human-rights activists had hoped for. It is, however, a new Saudi Arabia that many Saudis are celebrating and that world leaders have embraced. 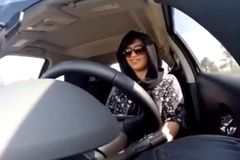 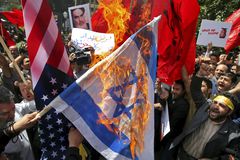 Saudi car show puts women in the driver’s seat
May 22, 2018
Follow us on Twitter @globedebate Opens in a new window
Report an error Editorial code of conduct
Due to technical reasons, we have temporarily removed commenting from our articles. We hope to have this fixed soon. Thank you for your patience. If you are looking to give feedback on our new site, please send it along to feedback@globeandmail.com. If you want to write a letter to the editor, please forward to letters@globeandmail.com.
Comments