There may be no other place that holds a more prominent place in the shared imagination of Albertans than the state of Texas. It’s their geopolitical brother from another mother, a place similarly defined by western culture, rugged individuality and billions of barrels of oil and gas. While their numbers and influence have waned as American oil and gas companies retrenched south of the border, there is still a lively community of actual Texans living and working in Alberta. That helps explain why Alberta Premier Jason Kenney visited the state last week in a four-day effort to drum up investment in the province’s oil and gas industry.

But if he wanted to bring back something of value, the Premier should have returned with a renewed commitment to supporting economic diversification in Alberta. After all, it’s the one area where Alberta and Texas have taken very different paths.

This probably comes as a surprise to many Albertans. After all, as the home of the shale boom, Texas and its rapidly expanding oil and gas production have both transformed the global oil market and challenged the countries and companies that operate in it. But for all of that activity, oil and gas doesn’t have nearly the same grip on their economic identity (or their economic prospects) as it does in Alberta. It’s only the third-largest industry in the state, behind manufacturing and financial services, and Texas actually has the fourth-most diverse economy in the entire United States. Yes, Texas.

It isn’t the only oil and gas economy that’s embraced the importance of economic diversification lately. Gulf states such as Qatar and the United Arab Emirates have both made meaningful investments in non-oil sectors, while Russia has tried to increase its tech sector. Even Saudi Arabia has cottoned on to the importance of producing something other than barrels of oil. That’s why it launched Vision 2030, an ambitious (if not entirely realistic) plan to strengthen the country’s tourism and hospitality industry, invest in health and education services and even sell a piece of Saudi Aramco, the crown jewel of its state-owned oil industry.

But it’s in Texas where this transition is most obviously under way and where its benefits are already being felt. Thanks to the arrival of tech giants such as Facebook, Google and Oracle, Austin has been one of the fastest-growing major metro areas in the United States over the past decade. Apple recently joined the tech-sector party when it announced that it would be building a new US$1-billion campus in north Austin, which could more than double the company’s existing local workforce of 7,000 people. Its rapidly rising manufacturing sector generated US$226-billion in economic activity in 2017, and accounted for nearly a million direct jobs and more than two million indirect ones in areas such as chemical products, computer electronics and motor vehicles.

How did Texas manage to pull off this feat? By making the most of the advantages it already had, ones that Alberta just happens to share. Both have the same favourable demographics, with more young workers and fewer elderly dependants than most places in North America. Both have well-educated labour pools that are a product of their strong postsecondary systems. Both have tax systems that attract investment and reward prosperity, and comparatively affordable commercial and residential real estate. And both have governments that are actively supporting efforts to attract new businesses and industries.

Or at least they did. In the Alberta government’s most recent budget, it all but abandoned those efforts. Finance Minister Travis Toews described economic diversification as “a luxury,” and the cuts to both postsecondary education funding and a number of tax credits aimed at attracting new tech talent and businesses to the province seem designed to ensure it remains that way. Its decision to take the axe to the programs offered by Energy Efficiency Alberta, ones that had generated $850-million in economic growth in the province since it was created in 2017, means it could once again be the only jurisdiction in North America without energy-efficiency programming. And it even chopped the funding for Alberta Innovates, an organization whose mandate revolves around helping the province’s economy adapt to – and benefit from – technological change.

It’s not too late for Alberta to shift course here. There is still time to restore the tax credits, re-invest in the province’s postsecondary institutions and embrace the province’s enormous renewable-energy assets. And perhaps Mr. Kenney’s visit to Texas has shown him that investments in non-energy businesses don’t have to be treated as a threat to the old economic order. But this has not been a government that’s demonstrated a lot of ideological flexibility thus far, least of all on matters pertaining to the energy sector. If it doesn’t get the rebound in global commodity prices that it seems to be betting so heavily on, this unwillingness to bend could prove to be the breaking point for the rest of the province’s economy. 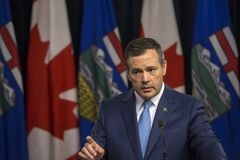 Kenney’s elimination of election commissioner a step back from ‘evolutionary’ system, experts say 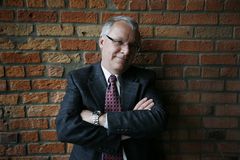