There are millions of bridges around the world. Every day, we are likely to cross or go under a bridge. They have fascinated us for centuries, and on many levels: They represent changing times, beliefs, ways of understanding and expressions of taste. Modern bridges range from simple plank footbridges that enable walkers to enjoy the countryside through to the very grand structures that are icons for whole cities. Just think of New York’s Brooklyn Bridge and the Sydney Harbour Bridge. Bridges represent power, wealth and grandeur in their strength and soaring forms as they cross barriers – physical, cultural and spiritual. They are a metaphor for relationships between people. We rely on them, and we take them for granted. They connect – and help us create – our communities. They are intimate expressions of the human spirit. Some are undoubtedly beautiful contributions to public art.

And they are supposed to be safe.

This makes the collapse of the Morandi Viaduct in Genoa, Italy, on August 14 – a little more than 50 years after it was opened – deeply troubling. Loss of life on the scale of the event in Genoa – right now, there are at least 38 confirmed deaths, though that number will likely rise – makes us pause and reconsider the basics. In this case, it’s the role that bridges play in our lives. Should we worry about our infrastructure? What can we learn from what is most likely a man-made disaster? In times such as these, we often hear people say, “I warned the authorities of problems,” or, “We must never let this happen again.” And then we do. The philosopher Karl Popper emphasized the role of failure in the growth of one’s knowledge; his ideas may be controversial but it is certainly the case that any failure presents an opportunity to learn. While it’s early, there are lessons to be gleaned from what happened in Genoa this week – with more lessons to come once engineers conduct a detailed technical investigation.

The bridge, designed by the Italian civil engineer Riccardo Morandi, is unusual in three ways. First, it has very few stay cables, with the cables encased in concrete and, hence, difficult to inspect. Second, the towers have supporting V-shaped trestles, which makes for a very stiff tower arrangement. Third, it has been subject to continual restoration work since the 1970s, and at the time of the collapse, it was undergoing remedial work on its foundations. So was there a lightning strike? Did the cables break? It is too early to speculate but initial evidence from video and photographic images seems to suggest that the deck span fell before the tower, which then folded into a heap.

The sociologist Barry Turner said that man-made disasters don’t just happen, they incubate over time. In the case of Genoa, there have been years of warnings. For instance, in 2016 Antonio Brencich, a professor in the University of Genoa’s Faculty of Engineering, called the bridge an “engineering failure” in an interview with an Italian broadcaster.

What of these warnings? Why was more not done? When things go wrong, we want to blame someone, but often (not always) everyone acted with a proper duty of care. (It’s too soon, in the case of Genoa, to say who, if anyone, is to blame.) Although negligence has to be rooted out, we have to avoid focusing on blame and concentrate on learning lessons.

One thing for sure is if governments neglect to spend on infrastructure – especially in maintenance – more events like this week’s bridge collapse will happen in the future. Maintenance is all about managing risk, something that we humans collectively find difficult (just think of the number of intelligent people who smoke; many probably feel they’ll never be diagnosed with lung cancer). How do cities and countries allocate money for the maintenance and upkeep of bridges when risks are difficult to assess? But we should worry about public infrastructure, which has suffered from under-investment in much of the world. We must build, and once we do, take care to look after our constructions.

We also need to recognize that designing, building and maintaining bridges – like all forms of engineering – is not straightforward. Some people seem to think that engineering is merely applied science. The Morandi bridge collapse demonstrates that there are uncertainties and complexities in engineering projects that go way beyond science. Yes, engineers (like doctors) use science, but, as any practical person knows, theorems and algorithms are necessary but not sufficient for practice – professional practice requires complex and highly uncertain judgement.

The world is also facing an acute shortage of properly qualified people to look after the technical things we take for granted – including our infrastructure. Without a proper workforce, more Morandi-like events will occur. The world economy depends on engineers. In particular we must attract more women into engineering careers.

There was a time that bridge-builders feared that their intrusions into a river might upset the river gods, and the idea of a “foundation sacrifice” to appease said deities was once widespread. (This might the the “fair lady” in the nursery rhyme “London Bridge.”) We may no longer sacrifice virgins, because science has replaced superstition, but nevertheless there are still challenging uncertainties with gaps between what we know, what we do, and why things go wrong. The rare cases of bridge failures can help us to learn some valuable lessons that apply to other walks of life. 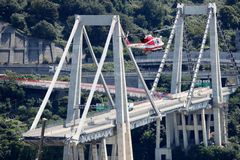 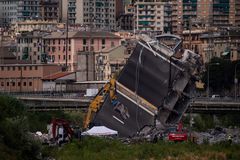