Hockey is the hometown team, and it’s getting beaten. Badly.

First came Don Cherry’s ham-handed observations about poppies, which turned into a smear against immigrants. That set off accusations of pervasive racism across the entire sport. Then came allegations of bullying by NHL coaches – kicking, choking, belittling, list-making and so on − leading to a further avalanche of resignations, abject apologies, soul-searching and ever-more piling on.

To mix a few analogies, hockey took its eye off the puck, went into the corner with its head down and is now lying in a heap while its opponents ride their sticks like ponies.

Surely hockey can defend itself better than this.

In truth, hockey plays an irreplaceable role welcoming Canadians of all races and backgrounds to participate in our national identity. For proof, just drop by Albert McCormick Arena in Waterloo, Ont., any Thursday night. You won’t find skill in great supply, but you will see a great love for the game and what it means to be Canadian.

I am the current custodian of a weekly adult pick-up game that’s been going on for decades. There are probably hundreds, if not thousands, of similar matches every night across the country. And it’s here − a game played by adults in full awareness of their lack of future prospects − that hockey’s unifying presence is best appreciated.

Our Thursday-night game began as weekly skate for business and economics professors at the two local universities. Over the years, however, necessity has led to big changes in its demographics. Just like Canada itself.

Our current collection of 20-odd regular players still contains a sizable share of white men with lengthy hockey pedigrees, and one active professor. But there’s a rainbow of other backgrounds as well. Vikram, for example, was born in India and didn’t take up the game until he was 27. We have three women in the line-up. One of our goalies is 71 years old – stopping shots from players half his age. Eduardo moved to Canada from Mexico several years ago and is waiting to take his citizenship test. Adam the Aussie became a citizen in 2016. Andrew’s parents fled Korea after the war. Carlyle’s parents immigrated from Pakistan in the 1970s and his dad became fascinated with the strange sport of hockey, and Pittsburgh Penguins’ star defenceman Randy Carlyle in particular. His first name, by the way, is no coincidence − have you ever heard a better story about hockey’s role integrating new Canadians?

Among the players, skill level and experience varies as widely as age, race and gender. Terry played Division 1 U.S. college hockey and, when the spirit moves him, can part the ice like Moses at the Red Sea. Yet, our group is as welcoming to rank beginners as old pros. During their first year, new players are quietly given an extra second or two to make or take passes. After that, it’s game on. Countless times, we’ve embraced ankle-bending rookies only to watch them pot hat-tricks in later years. First goals are celebrated with a thunderous round of sticks-on-the-ice and a puck presentation at the bar afterwards.

When I asked this group about their experiences, not a single visible minority player mentioned racism or “otherness.” Andrew, who’s played in leagues across Ontario and Alberta said, “Other than our Thursday-night crew, I’ve generally been the only non-white person on my teams. Often, I’ve been the only non-white person in the entire league, and race has never been an issue when I stepped into the dressing room or onto the ice.”

Like the sport itself, Thursday-night hockey is a skating, scoring, stickhandling, toe-saving, backchecking, chicken-wing-eating example of this wondrously accepting and diverse country of ours. (Maybe I’m exaggerating about the backchecking.)

It is a collection of Canadians and Canadians-to-be from varied backgrounds and experiences who share almost nothing in common except an honest love for the game, the camaraderie it engenders and the cultural significance it holds in this frosty land we all live in.

Hockey doesn’t divide us. It’s one of the few things actually bringing us together. Let’s not forget that.

‘Don Cherry had many second chances.’ What readers thought of Hockey Night in Canada without Coach’s Corner 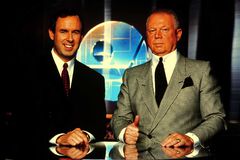 Opinion
Don Cherry’s downfall: He became more interested in his own opinions than hockey 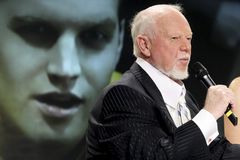 Opinion
Memories of Iron Mike: Abuse by NHL coaches isn’t new, and it comes in many forms Subscriber content