This year’s Nobel Prize in Economics was greeted by more than the usual fanfare, not least in this country. Partly that was because one of the laureates, David Card, was born in Canada.

But mostly it was because of the work that made him famous: a 1994 study, co-authored with his Princeton economics department colleague Alan Krueger, that attempted to measure the effects of an increase in the minimum wage in New Jersey on employment in the fast-food industry.

Or, as it is more usually described, the study that proved minimum wages have no effect on employment. The Nobel was therefore hailed in some quarters as putting the official stamp of authority on this thesis – proof of the proof.

But Mr. Card’s study didn’t “prove” anything of the kind. And that’s not why he got the prize.

Rather, the prize, which he shared with two others, was awarded for the pioneering methodology used in this and other studies. Known as “natural experiments,” it is an attempt to solve one of the fundamental dilemmas of economics.

Unlike the natural sciences, economics does not lend itself to controlled laboratory experiments. Neither is it possible to perform randomized, double-blind studies on an economy. How, then, to analyze the effects of different policies?

It’s not enough just to measure the variable of interest before and after a given policy was introduced. All sorts of other factors might be at work. To make statements about causation, you have to “control” for those other factors, using the techniques of statistical regression analysis. But which variables should you control for? How can you be sure you’ve accounted for all those that might be significant?

Enter natural experiments. In Mr. Card and Mr. Krueger’s example, the opportunity presented itself in the form of two neighbouring states: New Jersey, where in 1992 the minimum wage was increased from $4.25 to $5.05 an hour, and Pennsylvania, where it remained the same. Voila! A naturally occurring control group.

New Jersey and Pennsylvania are similar in many ways, with similar economies and similar demographics. The problem of which variables to control for was thus seemingly solved at one go. All you had to do was look at the change in employment in New Jersey after the minimum wage increase, and compare it with the change in employment in Pennsylvania. As it turned out, there wasn’t much difference between them.

But how robust were these results? Was it meaningful to look at differences between states, or did this overlook important variations within each state? And how generalizable were they? New Jersey and Pennsylvania had particularly low minimum wages at the time – both were in line with the federal minimum – relative to the average industrial wage. Indeed, lots of fast-food joints were already paying more than the minimum wage. Maybe a minimum-wage increase in such conditions would not have as much impact.

Since then studying the minimum wage has become something of an industry, with results that might best be described as mixed: some show it reduces employment, some do not (some show it increases it). So far as any broad conclusions can be drawn from the research, it might be that the higher the base minimum wage, and the greater the increase, the greater the reduction in employment. That’s a long way from saying it has no effect.

Mr. Card and Mr. Krueger didn’t settle the debate on the minimum wage, in other words; they reopened it. Previously, economists had been more categorical in saying that it hurt employment, especially for teenagers and other low-skilled workers, based on an earlier generation of econometric research. Now, they’re more likely to say: it depends.

Labour markets are notoriously quirky. Maybe it’s not always so simple as “the demand curve for labour slopes down.” Maybe in some situations employers react to an increase in the minimum wage by raising productivity, rather than by cutting employment. Maybe employers in some sectors have enough market power to pay wages that are less than the competitive level – even at the cost of leaving jobs unfilled. Maybe some could simply pass the wage increase on to consumers.

Maybe. As I say, the evidence is mixed (and data for Canada seem to show a larger hit to employment than in the United States). But the whole debate presumes that the policy choice is between increasing the minimum wage and not increasing it – at the limit, between the minimum wage and nothing. But what if there were another way to prop up the incomes of the poorest, one that did not involve the state in fixing wages, with all of its attendant risks? Even if the employment effects of the minimum wage are overstated, why use it at all, if there is a better alternative?

As it happens, there is. The alternative to a minimum wage is a minimum income. Employment effects aside, the minimum wage is a singularly ineffective anti-poverty strategy, for the simple reason that most minimum-wage earners aren’t living in poverty: the majority are dependent children or second earners. For that reason alone you’d need an income supplement that wasn’t attached to employment.

As a strategy for redistributing income from employers to the employed, moreover, the minimum wage suffers the defect of offering employers an easy way out: rather than pay workers the statutory rate per hour, they can just cut the number of hours, or indeed the number of workers.

We can debate how likely companies are to avail themselves of that escape hatch, but what’s beyond debate is the impossibility of such a consequence in a system that does not attempt to fix wages, but simply transfers income out of tax revenues – that takes from the rich to give to the poor, to coin a phrase.

The minimum wage, like other attempts at achieving redistributive ends by market means – supply management, rent controls, pay equity and the like – is an example of what one might call social justice on the cheap. We want to pretend we are not intervening when in fact we are, and so rather than admit what we are doing and redistribute income the old-fashioned way, we try to jury-rig markets to do the job for us, without knowing or much caring what the collateral damage might be.

It’s a strange idea of social justice that would increase the wages of those with jobs by forcing others to go without jobs or wages at all. Are we not taught, by scholars from Aquinas to Rawls, that we should attend first to the welfare of the worst-off among us? 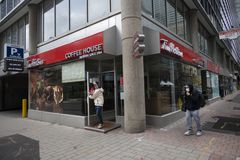 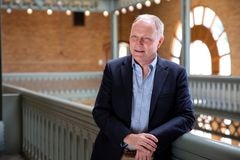 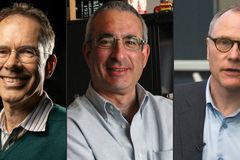