There is perhaps no one in Canada better placed to reflect on the country’s response to the opioid crisis than Vancouver Mayor Gregor Robertson. As he prepares to step down after 10 years at the helm of the city at the epicenter of the crisis, he is in a reflective mood.

“It’s tough to leave office with this crisis unresolved,” Mr. Robertson said in an interview at the Opioid Symposium last month in Toronto. “It’s the biggest challenge we’ve faced as a city and, unfortunately, there’s no end in sight.”

When Mr. Robertson was first elected in 2008, Insite, the groundbreaking supervised injection site on Vancouver’s Downtown Eastside, was locked in a fierce political battle with the Stephen Harper government, which was trying to shut it down. (It would go on to win a series of court rulings, including in the Supreme Court of Canada, that allowed it to remain open.)

It was a heady time, with Insite showing its value and paving the way for other harm-reduction programs, such as prescription heroin.

But new, unexpected challenges arose. The heroin that was being injected by street users became tainted with more powerful drugs such as fentanyl. In parallel, the prescription of opioids to pain patients exploded. As a result, there were more people addicted, and more drugs diverted to the streets.

The number of overdoses began to rise inexorably to the point where today there is now roughly one overdose death a day in Vancouver and 11 daily across Canada.

“No one could have imagined that this would become a nightmare so quickly,” Mr. Robertson said. “The alarm bells are ringing loudly now, but they should have rung sooner.”

Looking back, he said, there is no question the response to the overdose crisis was too slow and too timid, both in the city and nationally. There were so many levels of government and health agencies involved that necessary actions were impeded by bureaucracy and buck-passing.

“It’s a tangled web that has slowed our response to this humanitarian crisis,” Mr. Robertson said.

There will be an estimated 4,000 overdose deaths in Canada this year. Had that level of carnage occurred in a natural disaster, or in plane crashes, “there is no doubt it would have been all hands on deck,” the mayor said. “But, instead, it’s been a grind.”

Mr. Robertson said the stigma about drug use has been a major impediment.

“There’s this image that this is about, quote-unquote, ‘junkies on the street,’ but that’s not the reality. The opioid crisis has hit people from all walks of life in the city, in the province, and across the country.”

In the final days of his mandate, Vancouver’s mayor said he is spending a lot of time counselling other cities as the opioid crisis heads eastward to places such as Baltimore, Cleveland and Toronto. His message to them is to pull out all the stops, to do what is necessary, not just what is politically expedient.

“Vancouver is a city with a lot of harm-reduction tools in its tool box and, still, we’ve barely slowed the wave of overdoses,” Mr. Robertson said.

“We’ve been breaking trail in this area for a long time, and it hasn’t been a pleasant journey at all. It’s been horrific – and it will be even more horrific if other cities hesitate, or do nothing.”

Mr. Robertson said drug use has to be viewed as a public health issue, not a criminal matter.

Yet he steers away from calling for decriminalization of all drugs, saying it is not politically realistic at this time because the federal government has said it is a non-starter.

The mayor is instead pushing the notion of a “safe supply” – ensuring that people who choose to use drugs can get a product that is not tainted with toxic analogs. “For me, the priority right now is access to safe medicine, providing people with drugs that won’t kill them.”

“It’s frustrating to me how slow we’ve been to take that next step,” Mr. Robertson said.

In his 10 years in office, he has witnessed an “unparalleled wave of death and destruction” caused by opioids. “The only consolation is knowing that it would have been far worse if harm-reduction measures weren’t in place and if courageous, committed people had not pushed us to do more," he said.

"Vancouver’s lesson is that we need more harm reduction, not less.” 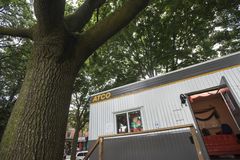 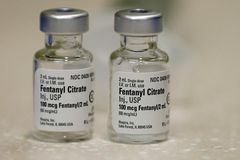 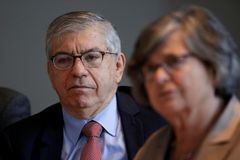