Mark Kingwell’s new book, Wish I Were Here: Boredom and the Interface, will be published in April.

You have to imagine the fear, shame and relief that ran riot in kitchens, playrooms and dens across the country this week when news arrived of a psychological study that linked increased screen time with developmental delays in children. Fear and shame for those parents who have been using screens as impromptu and unpaid babysitters, and relief because now, finally, time limits can be imposed with iron-clad reasoning. “It’s not because I say so, kids, it’s science!”

The study, carried out by researchers from the University of Calgary and published on Monday in leading journal JAMA Pediatrics, followed 2,441 children between 2011 and 2016. It measured the amount of time the kids spent with screens against progress through a standard array of developmental and cognitive benchmarks. The researchers found that higher levels of exposure in two- and three-year-olds correlated with poorer performance in developmental tests. They also reported that average screen time for two-year-olds was 2.4 hours a day, and 3.6 hours a day for three-year-olds. (By five years, the average had dropped to 1.6 daily hours.)

I imagine many people were shocked but not really surprised at those numbers – even as some parents cringed, realizing their toddlers were screening well above the average. For comparison, the Canadian Pediatric Society recommends children between 2 and 5 spend no more than one hour a day on-screen. The delays recorded in the study included problems with literacy and social or emotional skills. Secondary effects such as risk of obesity were associated with the sedentary nature of screen viewing.

The study was big news for all the obvious reasons. Anxiety is constant about what screen time is doing to our brains, child or adult. The litany of worries is long and familiar: Are we becoming dumber, or smarter but in bad ways, more anti-social, less empathetic, more narcissistic, angrier, politically more polarized, personally more vindictive? Screen shame has prompted, in the past year or two, a host of high-profile refusals of screen contact: Writer Andrew Sullivan, among others, gained widespread approval for a long article explaining why he was turning off his phone. Others wrote tortured personal accounts of how they wanted to turn off their phones, but couldn’t.

More recently, anti-anti-screen reaction has been swift and terrible. Happy phone addicts have doubled down on the benefits of screens and the apps, programs and social media they support. The refuseniks are labelled judgy, no-fun finger-waggers. My phone keeps me connected and alive, the pro-screeners say. If those kids in the study are failing to meet Big Psych’s developmental markers, maybe the markers are wrong. Plus, it’s just one alarmist study. Plus, we’re evolving, people. Get with the cyborg program!

The resulting picture is murky. Many people are demonstrably happier and less stressed when they limit or eliminate time spent on-screen, especially in the toxic dark corners of social media, where every tiff threatens to become a brawl. At the same time, there is a world of wonders to be found on a device you can carry in one hand, with apps for everything from roving food trucks to instant translation and wayfinding. There are even, naturally, apps to help you limit your screen time. Problem solved!

This is where I confess my own proclivities, so everyone can judge me. I don’t own a smartphone, mainly because I’m paranoid about surveillance and data-gathering. Instead, I have a retro-cool flip-phone that embarrasses my friends. I’ve never been on Facebook, because why. My Twitter handle has exactly zero tweets to its credit: my Bartleby the Scrivener “I would prefer not to” performance of passive resistance. I have texted about five times in my life, but I field dozens of e-mails a day because that’s how most academics roll.

Developmentally, I grew up semi-feral on air force bases where my mom would dress us up in shorts or snowsuits and then kick us out of the house with a pinned note saying where we lived, in case we wandered too far. I read a lot of books, but also watched probably thousands of hours of heinous television sitcoms and game shows at a time when amusing-ourselves-to-death fears of the big glowing screen were equal to the anxiety about smaller ones now. I have no idea if I hit developmental benchmarks. These days, I figure I’ve got literacy more or less under control. I’m still working on social and emotional skills.

The easy duality of refuse-versus-use is a small-scale version of the simplistic technophobia-versus-technophilia logic that dominates every discussion. That conflict, in turn, is a version of an overarching dystopia-versus-utopia narrative. These nested false dualities trap us into unhelpful conflict and, worse, unclear thinking. Too much is at stake for us not to advance the debate in useful ways.

The dangers concerning privacy and data-gathering, for example, are such that European countries have adopted a General Data Protection Regulation to guard individuals’ personal information. High-profile legal cases have been brought against corporations that mine for data within shopping or social-connection platforms. So far, this level of push-back is mostly absent in North American legal and regulative circles, but that may change as people begin to realize just how much information is being taken from them every time they click on Amazon or post on Facebook. Meanwhile, e-waste approaches a global crisis, with roughly 50 million tonnes dumped across the planet every year.

On a more existential level lie deep philosophical challenges. The key background condition for excessive screen time is boredom, and a need for stimulation to displace it. That’s why phone or game dependency has many of the features associated with drug addiction: cravings, uncontrolled use, feelings of withdrawal. Consumption of on-screen content becomes consumption of the self by way of the brain-screen interface. Individual identity is colonized even as the user pays for the privilege: What once was a person is now a network data point, isolated for future profit. No pusher of ordinary drugs ever had it so good.

Some people think screens dispel boredom, and rejoice in that. It would be more accurate to say that they defer boredom only in order to renew it. The function of many screen features is precisely to offer stimulation now to create emptiness later – when new stimulation will be available. We are constantly swiping left on ourselves.

Real boredom forces a confrontation with selfhood and desire. It is painful, but also instructive, possibly wise. Why are my desires stalled or tangled? Why can’t I settle down to one thing? By contrast, the screen’s endless cycles of deferral and renewal of boredom prevent any meaningful confrontation with self. They are, finally, about someone making money from your restless eye and mind.

This is a psychic shell-game, one that you can never win because it goes on forever and is endlessly renewable. It’s up to you whether you play, but at least don’t be fooled about the nature of the long game. Screen or no screen, you’re still an individual, for now. Maybe your looming boredom is worth exploring rather than fleeing.

What to do if you’re addicted to your smartphone
December 7, 2018 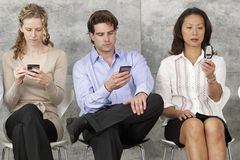 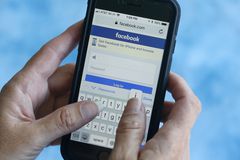