Koa Beck is the author of White Feminism: From the Suffragettes to Influencers and Who They Leave Behind. In 2019, she was awarded the Joan Shorenstein Fellowship at the Harvard Kennedy School to research white feminism.

As the 2017 Women’s March approached in the United States, contentions between white women and women of colour were documented extensively in the press and on social media. As calls for literacy across race, class, orientation and immigration status accelerated going into the march, a cohort of attendees reportedly cancelled trips and reconsidered their participation. The growing demand to incorporate the realities of women and non-binary people who were not white, straight, cisgendered, able-bodied, citizens and middle to upper-class signalled to some self-identified feminists and march attendees that the event would not centralize their issues. This resulted in some women writing Facebook posts that read, “I’m starting to not feel very welcome in this endeavour.” What this division ultimately put on national display was their true ideology: white feminism.

White feminism is a very specific ideology and practice toward achieving gender equality, which pulls considerably from colonialism, imperialism, labour exploitation, and – its biggest signature – advocating individual ascension and accumulation of wealth and power as the foremost path to gender progress. It can be practised by anyone of any gender identity, racial background, or class. The hallmark is not necessarily the identity of the people who practise it, but how the paths to “feminism” are envisioned.

Equal rights for low-income women, Muslim women, queer women, immigrant women, Indigenous women and non-binary people, among others, are not considered. White feminism’s origins in the United States run as deep as the organized movement for women’s rights itself, with prominent middle to upper-class suffragists such as Alice Paul refusing to structurally address the concerns of Black American women – yet proudly proclaiming that “votes for women” had been secured. (Racist barriers such as Jim Crow laws and poll taxes would successfully keep Black women from the polls for years.)

But the white feminist strategy is not accidental in its omission of virtually everybody else. Its keen omission of structural critique – focusing instead on very personalized solutions and individual pursuits against sexism – maintains its other ancestral ideology: white supremacy. Maintaining racial dominance, particularly through exporting a white feminist ideology to other marginalized groups and asking that they essentially aspire to whiteness in their feminist practice, preserves a certain superiority even as certain societal orders are being reconsidered.

A common trade-off white feminists make in lieu of structural critiques is maintaining a platform of “niceties” toward BIPOC, specifically in feminist-sanctioned spaces, and deeming those niceties on par with racial, class, or queer literacy. A good example of this was documented on the Women’s March Facebook page, in which one woman wrote, “We all have our own fears and our own reasons for marching. I don’t have to understand everyone’s reasons to know right from wrong and to be kind to people.”

The currency of white or white-passing women being nice – or, in this particular woman’s case, “kind” – carries a distinct cultural value that originates in white supremacy, primarily because their kindness is ranked a premium; it’s also potent. Traditionally, in the United States, white women acting “nice” to advocate for segregated schools, marches and drinking fountains, among other endeavours, has proved very successful in maintaining white supremacy.

Nice white women have been key to maintaining grassroots racism, whether it’s writing newsletters, holding bake sales, or coalitions of mothers organizing against Black and brown families moving into neighbourhoods or accessing community resources. And it’s a legacy that is rooted in white feminism – like in the 1910s, when activist and journalist Martha Gruening asked National American Woman Suffrage Association president Anna Howard Shaw to denounce white supremacy within the organization. Shaw reportedly told her that she would not, but that she was personally “in favour of coloured people voting” – a suffragist-era way of essentially saying what the woman on Facebook had posted.

White or white-passing women being “kind” does not carry the same significance as understanding the economic needs of domestic workers, comprehending the urgency for affordable housing for trans people, or learning about how the wage gap has disenfranchised Latinas.

But, in white feminism, it does.

Opinion
Canadian complacency is the killer of collective change
February 8, 2021 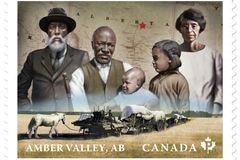 Extremists use podcasts to exploit a loophole in social moderation
January 15, 2021 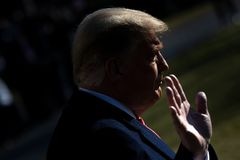 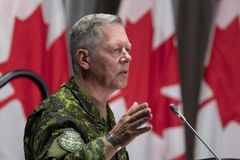