Jessica Davis is the president of Insight Threat Intelligence, a former senior strategic intelligence analyst with the Canadian Security Intelligence Service, and the author of Illicit Money: Financing Terrorism in the Twenty-First Century, which comes out in September.

The speed and decisiveness of the Taliban’s victory in Afghanistan is a humanitarian, human rights and international counterterrorism disaster. The resurgence of an organization that has a historical and ongoing relationship with a number of terrorist groups in the region, and the establishment of a Taliban government in Afghanistan, will provide safe haven, state sponsorship and operational freedom to a number of different movements. The withdrawal of U.S. and NATO forces from the country will only constrain policy responses to the resurgence of the threat posed by the likes of al-Qaeda, too.

The question, on a counterterrorism level, is whether the Taliban will be interested in restricting – or supporting – terrorist activity in the country moving ahead. It may not be free rein for terrorist groups in Afghanistan, but the worst-case scenario is that the country becomes once again a nexus of jihad, with a government patron willing to turn a blind eye, or perhaps assist, terrorist groups. With the Taliban having already quickly shifted from a non-state actor to a state-based one, Canada and its allies will require enhanced intelligence and a recommitment to counterterrorism efforts.

To start, our frame of analysis on issues such as the Taliban’s financial strength, operational capabilities and strategic objectives must immediately be re-assessed. In recent years, the Taliban has had to rely on the opium economy and other informal means of raising funds; they now have access to Afghanistan’s entire economy and population to tax and extort, giving them the means to extend their influence globally. In the short term, the Taliban will be busy consolidating power in the country. This will allow terrorist groups such as al-Qaeda, Islamic State-Khorosan Province and others to maintain and expand their presence in Afghanistan.

According to estimates from the United Nations, al-Qaeda already has between 400 and 600 members in Afghanistan. The Taliban also has a “deep and historical” relationship with terrorist groups such as Jaish-e-Mohammed and Lashkar-e Taiba; when the Taliban took control of Bagram Air Base a few days ago, they released senior al-Qaeda and Tehreek-E-Taliban leaders who were being detained there. Meanwhile, the Taliban has an adversarial relationship with Islamic State-Khorosan Province (ISKP), but this relationship could evolve depending on the still-unclear domestic and foreign policy objectives of the Taliban government.

The Taliban may yet find reasons to restrain al-Qaeda, particularly in terms of international terrorist operations. However, many states find their terrorist proxies or clients difficult to control, and al-Qaeda may still have the aspiration and capability to attack the United States and its allies regardless of the wishes of their host government.

Canada and its allies have limited options in responding to the threat now posed by terrorist groups in the region. With the U.S. and NATO withdrawing from Afghanistan, counterterrorism will have to be done from a distance, which presents different challenges. NATO countries, or a smaller alliance such as the Five Eyes intelligence-sharing group, could conduct air strikes against terrorist training camps and sites containing money and resources to limit al-Qaeda and ISKP’s ability to execute international terrorist attacks. Intelligence collection in the country and region has not stopped, but is likely to be constrained going forward.

If China or Russia recognize the Taliban as the government of Afghanistan, international sanctions may also be difficult, if not impossible, to implement. This will hinder the activities of the United Nations sanctions committee responsible for monitoring al-Qaeda’s activities. Unilateral sanctions, even if co-ordinated amongst a group of countries, will have limited impact without Russia and China’s support.

Canada needs to re-establish Afghanistan as a top intelligence priority. This will require balancing the resources of our security and intelligence community, particularly in light of the growing threat from the extreme right. It would also be prudent for Ottawa to augment the country’s intelligence capabilities to allow for more enhanced (and foreign) intelligence collection on both these threats. Finally, Canada needs to redouble its efforts to prevent extremist travel to Afghanistan. The establishment of Taliban control will almost certainly inspire wannabe jihadists to travel to join one of the many groups in the region – and we will need to do a better job at preventing travel to Afghanistan and the region than the federal government did to Syria.

Analysis
In defending botched U.S. exit from Afghanistan, Biden argues that the unacceptable was unavoidable
August 16, 2021 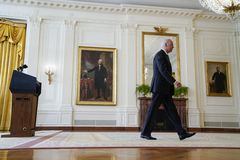 Opinion
The strategy for Afghanistan went off course long before the U.S. exit
August 16, 2021 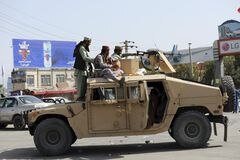 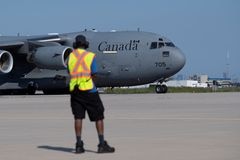