Andrew Steele is a consultant at Strategy Corp. in Toronto who has worked in war rooms for the Liberal Party of Canada.

The latest polls show the federal Liberals and Conservatives in a statistical tie ahead of October’s election, with the NDP, Green Party and People’s Party lagging behind. But an interesting metric of electoral success may come beyond the polls – and in how each party is faring in terms of retaining incumbents and recruiting star candidates.

Incumbents enjoy the advantages of name recognition, familiarity in the role, a deep grasp of their party platform and record – and a four-year head start on organization and fundraising. And with the benefit of a higher profile from business, sports, media or academia, star candidates can boast a unique ability to attract traditional supporters from another party or excite previous non-voters to cast a ballot.

In Vancouver Kingsway, Tamara Taggart has made a name for herself as a former CTV news anchor, cancer survivor and advocate for children with Down syndrome. Elsewhere in the province, Terry Lake is a former environment and health minister for the BC Liberals, as well as a former mayor of Kamloops; his local star power is positioned to attract red Tories and stop-Scheer strategic voters.

Tammy Cook-Searson, who is running in Saskatchewan’s Desnethé-Missinippi-Churchill River riding, is the Chief of the Lac La Ronge Indian Band, making her effectively the equivalent of a big city mayor, according to University of Regina political scientist Jim Farney. Seventy per cent of the people in the riding are Indigenous, and the NDP narrowly won it over the Liberals in 2015.

In Quebec, prominent environmental activist Steven Guilbeault will make pipeline politics even more complex but will also provide a shot of legitimate name power in Laurier–Sainte-Marie. And while the idea of a former Parti Québécois health minister running under a Trudeau banner seems astonishing, Réjean Hébert will do so in Longueuil-Saint-Hubert.

Things are far more dire for the New Democrats. A whopping 34 per cent of incumbents will not be running again. Only Kim Campbell’s Progressive Conservatives saw a higher rate of incumbent MP retirements in 1993, and her party was in the process of careering toward a historic wipeout.

The NDP has not fared much better in terms of star-candidate recruitment, though Svend Robinson, running in Burnaby North-Seymour, is a champion of the party’s left wing and was Canada’s first openly gay MP.

Meanwhile, the Conservatives’ incumbent retention approaches the historic average, with 15 per cent seeking to retire. But the party did not appear to prioritize growing through candidate recruitment to the same extent as the Liberals.

There are exceptions. Richard Lehoux, the former reeve of Nouvelle-Beauce and president of the Fédération Québécoise des municipalités, is running against People’s Party Leader Maxime Bernier. This appears to be as much about making Mr. Bernier sweat his own seat in Beauce, thus limiting his ability to steal votes from Conservatives across the country, as it is about winning. Also in Quebec, Yves Lévesque – the popular long-time mayor of Trois-Rivières – is a big name for the Conservatives in a riding held by the NDP. And in Ontario, Sean Weir, an Oakville city councillor, will run in Oakville-North Burlington, one of the few stars willing to campaign in the face of headwinds created by Doug Ford’s provincial government.

And while star candidacy may be most valuable for the Green Party, especially if it hopes to win ridings in Quebec, it failed to woo former Liberal ministers Jody Wilson-Raybould and Jane Philpott and instead has emphasized competitive nominations, which are not producing candidates with high name recognition. Mike Morrice, the founder of Sustainable Waterloo Region and Green Economy Canada, who is running in Kitchener Centre, appears to be the only candidate getting big-name buzz.

There’s plenty of time before election day for polling gaps to widen and shrink. But with 51 seats won by a margin of less than 5 per cent in 2015, incumbency and star recruitment might well determine who becomes prime minister in what looks to be a close election. 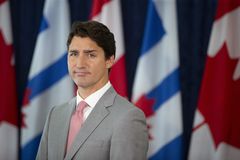 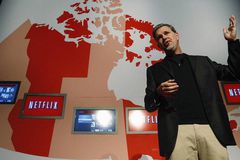