Over the 16 years that he ran successfully to represent the East Kootenays in the B.C. Legislature, nothing irritated Bill Bennett more than having to explain to people that no, the provincial Liberals were not federal Liberals, they just had the same name.

“There are a lot of passionate conservative types in this neck of the woods,” Mr. Bennett told me on the phone this week. “And they hated, literally hated, the idea of marking a ballot for a political party that had the word Liberal in it.”

Before retiring, Mr. Bennett was one of the most influential voices in the BC Liberal cabinet before the party was bounced from office in 2017. Now, the party has been trounced in the recent election, and Mr. Bennett believes the Liberals need to renew and reset – and that this must include a name change.

This isn’t the first time that a rebrand under a more inclusive-sounding moniker has been mooted. It was a topic of discussion in the 1990s when the party found itself on the outside looking in while the NDP ruled British Columbia. It was revived again in 2011, when Christy Clark took over from Gordon Campbell. Her deep ties to the federal Liberals bothered many conservatives, both inside and outside the caucus. But nothing happened.

While this motley collection of federal Conservatives and Liberals flourished as the so-called free-enterprise option to the “socialist” New Democrats, it rankled conservatives they had to exist under the Liberal banner. It bothered conservative-minded voters as well, but there was no other realistic option.

So here we are now.

Mr. Bennett points to the Saskatchewan Party as the best example of how a name change helped the political fortunes of liberals and conservatives in that province. When the party was founded in the late 1990s by former Conservative and Liberal MLAs, the regional Conservative brand was in tatters as a result of an expenses scandal. The NDP looked poised for a long run in power. But by 2007, under the leadership of Brad Wall, the Saskatchewan Party took over and has never looked back.

The BC Liberals have a much bigger challenge. The divides the party needs to bridge are more than simply rural-urban; deeper ideological differences often flow from those two solitudes. There are many issues that test that divide, but let’s focus on one: climate change.

Many of those living in vote-rich (see: politically crucial) Metro Vancouver are young, educated, multiethnic families who boast a strong environmental consciousness. Serious action on reducing greenhouse gas emissions is an absolute must for them. But that is less of a priority for politicians representing ridings in the Interior and the north. And that’s one of the reasons Ms. Clark paid lip service to the issue of climate change while in office – to her peril.

Former BC Liberal leader Gordon Campbell was the first politician in the country to introduce a consumer carbon tax. The more conservative-minded MLAs in his caucus weren’t crazy about it, but Mr. Campbell didn’t care. He ruled the party with a stern hand. Nobody crossed him. Perhaps someone leading a new British Columbia party could similarly make a convincing pitch that, unless the party has a bold environmental agenda, it will be forever destined for the Opposition benches.

This is just one issue that would test the sensibilities and priorities of politicians representing a big-tent party that includes liberals and conservatives. There are others. And a simple name change won’t make these challenges go away.

But that is not to say the idea isn’t worth discussing. The BC Liberal name is a misnomer. And the fact is, the supporters of the federal Liberals who have always been part of the provincial party would likely never be comfortable operating under a Conservative banner. So why should Conservatives?

Mr. Bennett says there are Liberal MLAs re-elected last Saturday, representing rural ridings, who are ready to have a serious conversation about a name change. And if that doesn’t happen – that is, if the un-elected federal Liberals who have always pulled the strings behind the scenes of the BC Liberals resist – then Mr. Bennett believes some MLAs will simply leave to sit as independents or as part of a new political party. He says he’s talked to them, but won’t name names.

“If we’re truly going to be a big tent party, we need to have a name that reflects that,” Mr. Bennett said. “Now is the time. It’s crucial this gets done.” 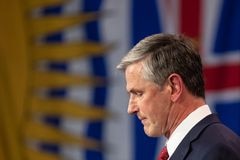 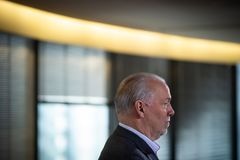 Opinion
In British Columbia, the Green Party has wilted
October 26, 2020 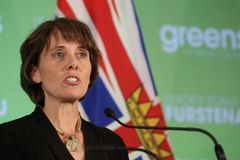