Raymonde Saint-Germain and Yuen Pau Woo
Contributed to The Globe and Mail
Published August 22, 2019 Updated August 23, 2019
Comments
Please log in to listen to this story. Also available in French and Mandarin. Log In Create Free Account

As the 42nd Parliament draws to a close, senators are thinking hard about the post-election landscape and how the Red Chamber will function in relation to whatever configuration of government may emerge after the federal election on Oct. 21.

In the past four years, there has been a sea change in the makeup of the Senate, with the Independent Senators Group (ISG) emerging as the largest parliamentary group (and a majority).

Whichever party – or coalition of parties – forms the majority in the House after the election will not have the luxury of a majority in the Senate. And while previous governments have managed to co-exist with Senates in which they did not have a majority, this was accomplished in part by “understandings” among partisan groups and through the discipline of party whips.

The Independent Senators Group does not have a whip. It is a collection of strong-minded individuals from diverse walks of life who fiercely guard their right to vote independently. In the current Parliament, ISG members proposed numerous amendments to government bills and, in some cases, voted against government bills.

The Senate did not defeat a government bill during the 42nd Parliament. This is likely due to a combination of factors, including an alignment of views on public policy, deference to the elected Commons and, crucially, a high degree of success in securing amendments and other improvements to government legislation.

In fact, more than 400 amendments covering 34 government bills were proposed by the Senate in the 42nd Parliament, with more than 60 per cent accepted by the House of Commons. The proof that a more independent Senate is working can be found in, on the one hand, the freedom of senators to propose meaningful amendments to government bills and, on the other, the willingness of the government to accept many of these amendments.

Some critics claim the true test of an independent Senate is in its willingness to defeat government bills. We certainly heard those calls on a variety of bills that came to the Red Chamber in the past four years. But for any given bill that was deemed to meet the test of a Senate veto, opposing voices were ready to pounce on an “undemocratic” institution overstepping its powers.

Which is why the value of the Senate should be assessed not just by how senators vote, but by the entire arc of legislative review and deliberation. This includes debates at the various stages of a bill’s progress through the Red Chamber, committee hearings, public and media engagement, and of course amendments.

The fundamental challenge of the Senate today is no different than it has been for most of its 152-year history; Canadians are uncertain about the legitimacy of an unelected legislative body.

The question of legitimacy affects partisan and non-partisan senators alike, but we believe that a more independent Senate offers a stronger foundation for building trust, confidence and respect for the Red Chamber, and with it the opportunity for the Senate’s work to positively affect the lives of Canadians.

The reform of the Senate, however, cannot stop at the appointment of non-partisan senators. It has to include a) changes to the Parliament of Canada Act to recognize groups other than the government and the opposition, b) the modernization of Senate practices to allow for more predictable and timely review of bills and, c) the reform of committees to enhance their relevance for contemporary challenges in Canadian society.

One example of institutional dysfunction could be seen in late June when we passed a bonanza of 18 bills in the last week of our session, including many that had arrived in the Senate many months earlier and were in limbo because of deliberate partisan stalling or benign neglect. This is in addition to important non-government bills such as sexual-assault training for judges, the UN Declaration on the Rights of Indigenous People, and child health protection – all of which were prevented from coming to a vote because of the opposition of a determined minority. The tired justification for dilatory practices of this kind is that “it is within the rules to do so.”

It is also within the power of the Senate to change those rules. There is, however, a great deal of inertia in the institution. This resistance to change is in part owing to years of partisan horse trading, and the belief that a delay tactic that today frustrates one side will be the same delay tactic that can be used after a change in government. It is the result of an institutional design that, for all its merits, overvalues tradition and privilege, and underrates transparency, accountability and efficacy.

For Liberals and Conservatives alike, the return to a partisan appointment process may be appealing because of the greater certainty of a Senate that can be “controlled.” Having had a taste of a more independent Senate, however, current members of all stripes will recoil at any attempt by the Commons or worse, the Prime Minister’s Office, to assert greater control over senators.

A less-partisan, more independent Senate is the right direction for the further reform and modernization of the institution and for the broad public legitimacy that is required for the legislative body to play its role as a chamber of sober second thought.

Senators may not be running for election every four years, but we are running for the Senate’s credibility and legitimacy each and every day that we serve in Parliament. 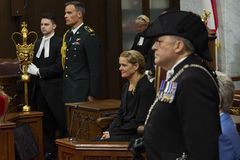 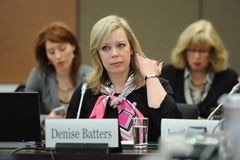 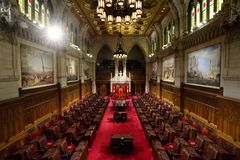