Daemon Fairless is the host and co-producer of the new CBC podcast Hunting Warhead, as well as the author of Mad Blood Stirring: The Inner Lives of Violent Men.

Journalists aren’t supposed to show cops much sympathy. We’re thorns in one another’s sides. Cops are servants of the oppressive forces journalists have vowed to fight, just as journalists are sensationalism-seeking muckrakers who put freedom of expression before security.

Or so the thinking goes.

I’ve never really subscribed to that school of thought, and my belief was reinforced over the past year as my colleagues and I worked on an investigative series about online child abuse, including some of the tactics police forces use to stop its proliferation. Our focus was an international operation that took down what was, at the time, the world’s largest dark website – a forum called Child’s Play. The site was built and run by a Canadian, Benjamin Faulkner, who went by the username “Warhead” and who had fashioned himself into a de facto kingpin of internet child pornography. He’s now serving a life sentence in the United States for sexually assaulting a minor, along with a 35-year sentence for his online activities.

This is important, life-saving work that we all ought to understand better.

As I quickly learned researching this subject, “child pornography” is a euphemism. It obscures the fact that children are being abused – and often tortured – for the sexual gratification of adults. That’s why the police, researchers and anyone else in the know call it what it is: child-abuse material. A more apt term may simply be crime-scene images. These are grotesque crimes that have severe and long-lasting consequences; a study by the Canadian Centre for Child Protection has found that 60 per cent of the victims of online child abuse have attempted suicide later in life.

At its peak, Child’s Play had approximately a million registered users. And that’s just one of countless sites. Online child abuse is growing at such a staggering rate that it’s hard not to give up in despair. In 1998, the U.S. National Center for Missing and Exploited Children (NCMEC) started its Cyber Tipline so that internet-service providers (and the public) could pass on instances of online child abuse to the appropriate law-enforcement agencies. For the first few years, NCMEC received about 10,000 reported cases a year. But that’s been growing at a terrifying rate. In 2017, the tip line received 9.6 million reports. As of 2018, the total number was 42.9 million.

But there are people working to stop this. Over the past couple of decades, police efforts to infiltrate and take down online abuse sites – in particular sites on the dark web – have grown more sophisticated and more aggressive. And also more challenging.

One of the biggest challenges, as you might expect, is technical. Child-abuse material used to be traded primarily through the mail. This kept the size of the criminal network relatively stable – and, by today’s standards, relatively small. The internet changed that entirely, and it took a long time for police forces to catch up. These new online networks were built by men (and it is almost entirely men) whose technical sophistication was light years beyond that of the police. In fact, in 2003 the then-head of the Toronto Police Service’s child protection unit grew so frustrated with this divide that he sent an exasperated e-mail to Bill Gates asking for his help. (Remarkably, Mr. Gates sent a team from Microsoft. Their work was a foundational step that eventually allowed the police to catch up.)

The police are now generally as tech-savvy as the creators of these networks. Increasingly, police forces have their own dedicated child-protection units, each with their own dedicated tech experts. (Toronto’s unit has come a long way since that e-mail to Mr. Gates and is now among the world’s best). The technological challenge is now largely a cat-and-mouse game, with offenders continually developing new ways of sharing child-abuse material and the police perpetually trying to stay ahead of these developments.

But online child abuse is a borderless crime – a single site will attract members and administrators from across the world. Investigators have had to meet this challenge, too, which has meant reconfiguring how the police conceive of jurisdictions. The most successful investigative operations are the result of networks of municipal, regional and national police forces working together across traditional boundaries. These networks are built on tight-knit professional relationships (in addition to bureaucratic formalities), which allow an investigator in, say, Toronto to share information with colleagues in Brisbane or Manchester by simply picking up a phone. In essence, the best child-protection units across the globe have created a meta-jurisdiction. These relationships are further bolstered at conferences where investigators regularly come together to share tech know-how and the nitty-gritty of their undercover operations.

Some of this nitty-gritty is particularly gritty.

Mr. Faulkner, the creator of Child’s Play, was arrested in 2016 by Homeland Security while in the U.S. and quickly gave up his passwords and encryption codes. Homeland Security then shared these passwords with Australia’s Queensland Police Service – more specifically, its child-protection unit, Task Force Argos, a world leader in infiltrating and dismantling child-abuse sites. The Australian investigators quickly went into undercover mode. Their goal was to identify and rescue children who were being abused and to arrest the people doing the abuse. To do this, they had to mimic Mr. Faulkner’s online avatar, “Warhead.”

Some of that mimicry involved ethical considerations most of us haven’t thought about outside a Philosophy 101 course. As “Warhead,” Mr. Faulkner posted a so-called canary message every month to signal that he was still in charge of the site. The message always included a set of child-abuse images because Mr. Faulkner believed that the police couldn’t legally post these images. However, Task Force Argos has the authority to do this, analogous to how undercover narcotics officers can sell or buy drugs.

Argos ran Child’s Play for 11 months. It was part of a larger operation that, according to the Queensland police, “contributed to the removal of 83 children from sexual harm nationally and internationally” and led to the arrest of “200 child sex offenders on 1,254 criminal charges.” By all measures, a successful operation.

Despite this success, this type of operation isn’t without its critics.

Ivar Stokkereit, one of UNICEF’s legal advisers, was of the opinion that this was “a clear violation of the UN Convention on the Rights of the Child, even though the police’s intention [was] to prevent new offences in the long run.” This isn’t an uncommon attitude.

It’s true that the police maintained a site that promoted child sex abuse. And that they posted child-abuse images on the site. But consider the alternative: The police could have simply shut down Child’s Play. It may be tidier, morally speaking. But shutting a site down does precious little in terms of actually reducing harm. All of the images traded on that site are squirrelled away on hard drives across the world. As soon as one site shuts down, another one pops up. Which means the images the police are using – the images that ostensibly violate the UN Convention on the Rights of the Child – will almost certainly go directly back out into circulation anyway. More importantly, though, without keeping the sites alive, the police lose the ability to gather additional information that can lead to identifying and rescuing children.

This is a real-world example of that classic moral-philosophy exercise, the trolley problem: You’re on a streetcar; the tracks fork ahead of you. On one set of the rails ahead, to the left, are four people; on the other set, two people. Do you pull the switch and go to the right, thus killing two people? Or do you remain passive and allow the trolley to continue on its way and kill four? That’s more or less the position the police find themselves in. They choose a path that results in the least harm. Yes, it is dirty work. But it’s absolutely necessary. In my view, not taking over and running these sites – even if it means posting child-abuse images – would actually be far more egregious.

Greater than any of these challenges, though, is the fact that all of this work is done at great personal expense. One story I’ve heard that exemplifies this is of a child-abuse investigator who became pregnant. She was looking forward to being a parent. But when it came time to name her unborn child, she had trouble settling on one. She couldn’t think of a single name that she could not associate with an abused child whose case she had worked on.

Looking at images of children being tortured year after year will harm the most resilient of minds. Going undercover as a predatory child molester for months at a time warps your view of humanity. And yet, the best of these investigators have devoted decades of their lives to this work, despite the cost.

They do this because they know that the cost of not doing that work would be far, far greater. 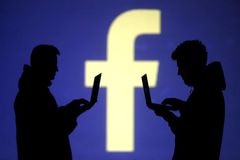 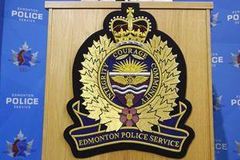 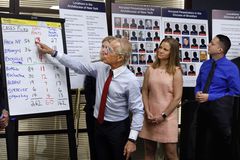