Earlier this week, the B.C. government announced that all new cars and trucks sold in the province in the year 2040 and beyond will be required by law to have zero emissions.

The government plans to introduce legislation in the spring to phase in targets for the sale of electric cars and hydrogen fuel cell vehicles. It will also be taking steps to make these cars cheaper for the buying public.

As announcements go, it didn’t get much traction because, in part, news of this sort isn’t news anymore. B.C.’s goal is actually relatively modest compared with what other countries and cities around the world are doing. Paris, Madrid, Athens and Mexico City are targeting 2025 as the year they will begin phasing out conventional, combustible engine automobiles. In fact, a growing number of countries in the European Union are bringing in strict emissions legislation as they focus on introducing measures that will help them meet targets set under the Paris climate accord.

A peer-reviewed study published this summer in the journal Nature Climate Change predicts that advances in cheaper, clean technology will begin killing fossil-fuel demand in the next 15 to 20 years – or sooner. It suggests that oil-exporting countries, including Canada, will see a steep decline in their output and consequently will experience massive layoffs.

“Reducing fossil-fuel demand generates an overall positive effect for the EU and China and a negative one for Canada and the United States,” the report says. The EU and China aren’t expected to bear the brunt of this global shift because, one, they aren’t big energy exporters; and two, they have already begun transitioning to a lower-carbon future. Canada, and the oil sands in particular, are especially vulnerable because production costs are relatively expensive compared to other energy-exporting jurisdictions such as Saudi Arabia. That means those countries with the highest production costs are likely to be the first affected when demand begins slowing, as it will.

I mention this against the backdrop of what is happening currently in this country, and in particular, in Alberta. There is an economic crisis underway as a result of historically low oil prices in the province. And there doesn’t appear to be a lot of hope, on either the short or long-term horizon.

All anyone is talking about is the need for more pipelines, as if that alone will solve the province’s problems. Sure, another pipeline will alleviate some of the economic misery Alberta is experiencing. But that is not going to happen for a while, if at all. Meantime, no one is talking about what is happening around the world, and the implications these changes have for the province.

Trans-Mountain pipeline expansion or not, demand for oil is going to decrease, and dramatically, in the not too distant future. And no one in Alberta, certainly among its political leadership, wants to even broach the subject.

What’s Plan B when oil prices collapse permanently? Well, there is no Plan B. The government, meantime, is facing a grave economic threat. The province’s financial picture is an ugly mess. University of Calgary economist Trevor Tombe recently released his own study on the province’s problems and it is a sobering read.

It suggests that current government policies are paving the way for deficits of $40-billion by 2040. Yes, you read that correctly. That’s for one year, if the Alberta government keeps spending the way it is. And that’s with oil prices recovering from the historic lows we are witnessing today. Mr. Tombe is predicting overall debt levels that have never been seen before, even during the Great Depression. In other words, the province’s finances are not sustainable.

One pipeline is not going to fix all that ails Alberta. And someone needs to have the courage to begin a grown-up conversation about the new reality taking place outside the province, one that is changing its future by the day.

Opinion
A legislature that has known plenty of drama and intrigue gets more of it
November 21, 2018 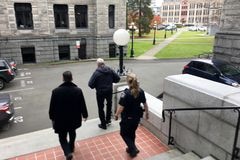 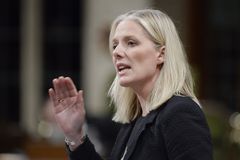 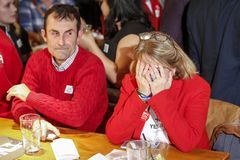