Dale Smith is a journalist in the Parliamentary Press Gallery and author of The Unbroken Machine: Canada’s Democracy in Action (Dundurn, 2017).

“I try never to go over there. Because it’s sick. It’s a sick culture." These words have stayed with me since then-B.C. premier Christy Clark uttered them in 2012, defending her decision to cancel an entire sitting of the legislature.

“All they can think about is government, and there are no real people in Victoria, and you get captured by this inside-the-beltway debate, and it’s really unhealthy.”

It’s an attitude that is fairly pervasive among all governments who attempt to inject a bit of populism into their agendas – that because Parliament or the provincial legislatures are these bubbles of unreality, what happens there shouldn’t matter to ordinary people. This is bolstered by elected representatives at both the federal and provincial levels who talk about how busy they are working in their constituencies, and in recent years, there has been pressure to make the jobs of our elected representatives more “family-friendly,” which has curtailed sitting hours as well as whole sitting days – so much so that several provinces have eliminated Friday sittings altogether. MPs in Ottawa are continually attempting to do this, too, without quite as much success.

But all of this ignores the fact that under our system of government, our representatives’ jobs are not to be a constituency outreach worker, but rather, to hold the government – meaning cabinet – to account, and they do that by controlling the public purse.

So while it may not be a surprise, given the trends in Canadian politics, the numbers are stark, all the same: a Globe and Mail data-dive found that provincial legislatures are, on the whole, sitting far less over the past decade than they used to, with a few notable exceptions, including Ontario and Quebec.

And it’s more than just elected officials trying to spend more time at home that is causing shorter sitting periods, but rather a certain amount of centralization of power that is making legislatures – particularly in provinces with majority governments – feel a bit superfluous to the cause of democracy.

It’s not just about Question Period, which is still an important public vehicle of accountability, even if it has degenerated over time into an opportunity for parties to gather video clips for social media. Yes, governments would like to limit their exposure to those bright lights as much as possible, but it’s also about MPs and MPPs/MLAs/MHAs/MNAs (depending on how each province styles their representatives) doing the work of scrutinizing the estimates and the public accounts – most especially backbenchers who aren’t in cabinet. They are all supposed to be playing an accountability function, but many no longer do.

A big culprit in the general decline of sittings is the way in which political leadership has become so centralized that a handful of individuals in the premier’s office have seemingly been allowed to run a whole province. When this is your modus operandi, why would you want to risk having a bunch of elected officials messing things up for you?

In provinces with a majority government, it can mean essentially reducing the legislature to a rubber stamp – particularly as many provinces don’t have robust committees that do independent work. Other provinces have put backbenchers onto cabinet committees, which co-opts them from doing any of the accountability functions they are supposed to be doing – that is, if they have any backbenchers at all, as some provinces are small enough that the entire government caucus is in cabinet and therefore bound by solidarity.

In a way, Ms. Clark is right when she talks about the sick culture, but it’s not the one she thinks it is. Rather, the ways in which we run leadership contests in Canada have hollowed out political parties so much that they are largely now personality cults for party leaders, with the other elected representatives that make up caucus expected to toe that leader’s line without question.

When your caucus no longer has any actual sense of autonomy or ability to hold their leaders to account, because they have been given the “democratic legitimacy” of a membership vote, it makes the work of being in the legislature much less meaningful because all of the strings are pulled from the leader’s office.

It matters when legislatures don’t sit because the whole point of a parliament is to hold government to account. But as with so many of the current ills in Canadian politics, it boils down to how party leaders are chosen, which has led to this erosion of accountability and centralization of power. Change that, and make the jobs of all of our elected representatives meaningful again, and it will be more than just the opposition howling when the sitting days are cut short. 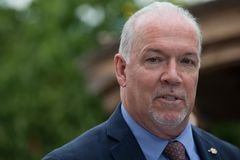 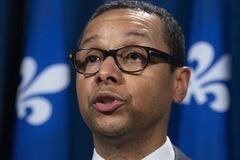 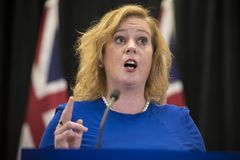