Natasha McKenna is a Toronto-based educator and program manager who works in poverty reduction.

On my way back from the grocery store, one afternoon early last month, I came across what looked to be a pile of brand-new white shirts, still on their hangers, stuffed into clear plastic bags on the side of the road. Curious, I stopped to investigate. There wasn’t just one bag, I discovered, but five – all containing new baby and children’s clothes from a store in the nearby Dufferin Mall, whose main entrance was a stone’s throw away. I quickly realized that each item of clothing had been cut up – that they had been methodically destroyed. Onesies sliced at the torso; little pink boots with a triangle cut out at the ankle; snow pants slashed all the way up the legs.

I was immediately struck by not only the terrible waste – the environmental impact of producing clothes and then sending them to the landfill without having ever been worn – but the added cruelty of destroying these clothes when there are so many families – in my neighbourhood, my city and across Canada – that could use them.

I took a few photos and, the next night, wrote a public post on my Facebook page detailing what I saw and asking people to hold the store chain that had thrown out the clothing, Carter’s/OshKosh, which has 180 stores across Canada, accountable. My message spread further than I could have imagined. That night, it garnered more than 4,000 shares; within a week, that number was more than 12,000. I fielded media queries, and Carter’s/OshKosh was forced to comment. (So far, the company’s public response has been brief: “We contacted our store in Canada and determined the items in question were damaged or unusable and disposed of properly for safety reasons,” a spokesperson told Global News.)

Many people who worked in retail told me that “damaging out,” which prevents unsold items from being donated or sold second-hand, was a widespread policy. Most people who shared my message expressed similar disgust at an issue that, for many of us, happens out of sight and out of mind.

It doesn’t have to be this way. Brands for Canada is a national charity based in Toronto that works with more than 200 brand partners, including Winners and the Gap, and 100 social service agencies and schools to collect and redirect clothes and goods that would otherwise end up in the landfill. Last year, the charity was able to divert almost 225,000 kilograms of goods from the landfill with its corporate partners.

They recently gave me a tour of their warehouse of donated goods where I saw bedding and pyjamas headed to shelters, suits and work wear from retailers such as Moores destined for youth in employment programs such as the charity’s Suitable Impressions program, children’s clothing and supplies to be distributed through schools to children in need.

The government has a role to play as well. Kelly Drennan, the executive director of Fashion Takes Action, a non-profit created to advance sustainability in the fashion industry, and member of the Ontario Textile Diversion Collaborative, told me about the federal duty drawback, which incentivizes waste instead of requiring producers to reuse or recycle “obsolete or surplus” goods. The duty drawback gives retailers a rebate on future imported goods if they export or landfill or incinerate their surplus goods. Helen Harakas, the executive director of Brands for Canada, would like to see the federal government amend the drawback so that retailers only get an import-duty refund if they donate or recycle their goods.

Given the government’s stated commitments to the National Poverty Reduction Strategy and climate change, I hope they follow in the footsteps of countries such as France, which has tabled legislation to outlaw the destruction of consumer goods, and cities such as Montreal, which is also looking to ban the practice. We need regulation to help ensure that social and environmental effects are measured and reduced from design to end of life. The landfill is not a solution in 2020.

I tend to think of myself as a conscious consumer – I shop local and Canadian-made where I can; several pieces in my wardrobe are thrifted or vintage finds; and I keep my fast fashion purchases to a minimum. While those choices are important, they aren’t going to change the world. We are told we have power as consumers – so we should be using that power to not only make better, greener choices, but force the system to change. Because a system that allows brand-new clothes to be thrown in the garbage is broken. 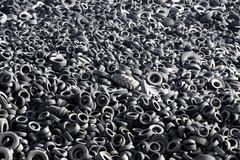 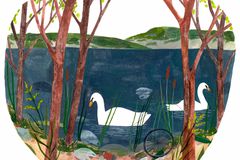