Michael Coren is the author of The Future of Catholicism, and Epiphany: A Christian’s Change of Heart and Mind Over Same-Sex Marriage.

They came, they spoke, they left – and nothing changed.

Pope Francis and 190 prelates gathered last Thursday for an unprecedented four-day summit in Rome to discuss the Church’s sexual abuse crisis, and the result is very much business as usual. Nothing had been guaranteed, but the sheer optics of the event implied that something, at long last, might be done to respond to a circus of horrors that unwraps by the week.

Instead, the Pope refused to enact the anticipated “zero tolerance” when dealing with pedophile priests, delivering instead a platitude that the Church would ”spare no effort” – sound that signified nothing.

To make matters worse, he then devoted a large part of his concluding speech to the subject of sexual abuse in general society, arguing that it’s not confined to the Roman Catholic Church and that most offenders were family members, “husbands of child brides and teachers.”

“Our work has made us realize once again that the gravity of the scourge of the sexual abuse of minors is, and historically has been, a widespread phenomenon in all cultures and societies," he continued. "I am reminded of the cruel religious practice, once widespread in certain cultures, of sacrificing human beings – frequently children – in pagan rites.”

The degree of digression here is incredible. Nobody has ever claimed that the Church is the only offender, but that it has denied and obfuscated, protected its own, and even attacked victims who spoke out for justice. The phenomenon of child marriage is something entirely different; that human sacrifice was even mentioned is bewildering. This is what is known as “Rome speak”, where much is said and little admitted.

Abuse, tragically, exists everywhere there is a power dynamic, and that includes families, schools, sports clubs and other religious institutions. But the Church continues to refuse to examine why it is especially vulnerable, and even under the allegedly progressive Pope Francis, it still cannot acknowledge the depth and extent of the problem. In spite of papal protests, the Roman Catholic Church remains a magnet for this kind of crime, and nothing will change without reckoning with and resolving five basic aspects that in some ways are built into the religion’s bones: Enforced celibacy, patriarchy, clericalism, secrecy and sexual dishonesty.

Celibacy does not lead to abuse, and if it’s voluntary, it can be deeply spiritual. But when it’s demanded, it can attract the sexually immature and broken, and can enforce a dark stigma around sexuality. Patriarchy within Roman Catholicism is staggeringly obvious – the image of almost 200 middle-aged and elderly men discussing sexual abuse surely says it all. Women perpetrate abuse too, of course, but a culture so lacking in gender balance and female influence can never function healthily.

Clericalism and secrecy run together, with the priest – he who stands for Jesus Christ during the Mass – still considered part of the elite. Father can do no wrong, the child claiming abuse has to be lying, and the Church must guard its internal life from those who would criticize and question.

Sexual dishonesty? The number of Catholic priests who are gay is high, with estimates ranging between 30 to 70 per cent. Gay men are no more likely to abuse than straight men, but they are forced to live a lie within a Church that is still deeply homophobic. That cloud of dishonesty is exploited by abusers.

Yes, the meeting did produce an eight-point pledge promising more transparency, less defensiveness and an insistence on clergy purity – but this is mere rhetoric. The inescapable fact is that myriad complaints concerning child rape have been made for decades, and the Church has consistently refused to help the victim, deal with the abuser and look at the root causes. It only began to deal with these obscenities when it was forced to do so by media and legal exposure.

So in that context, the gathered flock’s failure to enact real change is particularly damning. They could have vowed to ordain women and openly gay men, encourage the equality of all believers, and open up the doors and the books. But it was never going to happen, and likely never will happen in our lifetimes. Further monstrosities will come to light, and more empty gestures will be offered. I wish I could be more optimistic, but I know the Church too well – and how reluctant it has long been to accepting radical change and in trying to genuinely transform the comfortable status quo. 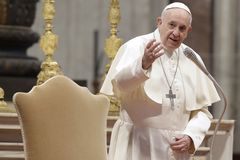 'We must repent’: Vatican summit on sex abuse calls for accountability
February 22, 2019 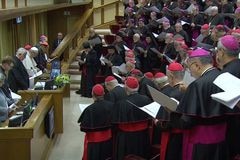 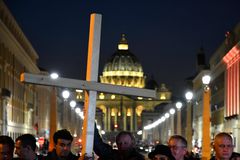