Isaac Bogoch and David Naylor are doctors with the Department of Medicine at the University of Toronto.

As the COVID-19 epidemic grinds on, mass vaccination is clearly our only ticket to a new quasi-normalcy. Public-health experts on the National Advisory Committee on Immunization recently indicated that a “first-doses-fast” vaccine strategy is the best way to slow a worrisome third wave already building in several provinces. The math is compelling. All the approved vaccines confer substantial protection after one dose, and covering more people rapidly saves lives by interrupting infection and transmission.

Most provinces have concurred and are stretching intervals between doses to as long as 16 weeks. In response, some scientists and physicians have objected strongly, insisting that provinces should follow the protocols of randomized trials that gave two doses of the powerful new mRNA vaccines three to four weeks apart. This polarized debate has not helped vaccine confidence at a precarious time. Perhaps a very Canadian compromise can be found by considering the U.S. and British vaccine programs and the need for both public health and clinical perspectives.

The United States and Britain both have generous vaccine supplies but have adopted divergent delivery strategies. The U.S. is relying on the Pfizer and Moderna mRNA vaccines and aiming to deliver two doses spaced no more than four weeks apart. So far, it has given at least one dose to 25 per cent of its population; 14 per cent have received two doses. Britain, in contrast, went for the first-doses-fast approach, spacing jabs 12 weeks apart. The numbers for coverage thus show 43 per cent with at least one dose; 3.6 per cent have received both. Excellent trial evidence supported that strategy for the Oxford/Astra-Zeneca vaccine, heavily used in Britain. But British officials also delayed second doses of the Pfizer mRNA vaccine with good results. The outcome in both countries has been a significant decline in the size and toll of substantial epidemic waves.

For better or worse, the British example is more relevant to Canada given our low vaccine coverage to date. Critics may claim that “half-immunized” persons will be petri dishes for new viral mutations. In fact, the three major variants of concern emerged in vaccine-free times and places. Instead of speculating about mutation risks, it seems smarter to acknowledge the stunning efficiency of the British strategy at lowering the toll of COVID-19 in a huge wave dominated by the B.1.1.7 variant – which is growing rapidly in prevalence here in Canada.

So where’s the compromise? For starters, it makes no sense that those who consented to a first shot with a promise of a booster in three to four weeks should suddenly find weeks changed to months. As well, the elderly warrant special consideration because of their much higher risk of hospitalization and death from COVID-19. Yes, B.C. and Quebec have achieved dramatic declines in new cases and deaths in long-term care facilities despite waiting many weeks to deliver second doses of mRNA vaccines to seniors in those settings. However, there’s no data on 16-week waits – nor will such evidence be forthcoming from the U.K., where the maximum interval is 12 weeks.

We do have laboratory evidence suggesting a risk of attenuated mRNA vaccine effectiveness among groups other than the elderly, e.g. persons who’ve undergone solid organ transplants or being treated for cancer. There’s no corroborating clinical evidence as yet, nor do these studies explore all facets of the vaccine immune response. But these examples illustrate the importance of more research to sort out when a long delay may be associated with substandard protection after a first vaccine dose, waning of immunity or serious risk of a poor response to a second booster.

What, then, is the bottom line? A first-doses-fast approach is critical to achieving wide protection that will slow the pace and peak of the third waves that seem to be building in multiple provinces. But that doesn’t require a one-size-fits-all solution. There’s room for a clinical perspective that shortens the vaccine dose interval for the highest-risk individuals and subgroups, while still adhering to a public-health perspective of greatest good for the greatest number.

Making exceptions that shorten dosing intervals for some must be done with simple criteria and due regard for the value of wider, faster coverage. And as always, SARS-CoV-2 may have other plans. That’s why Canadians involved in the vaccine rollout must keep learning from other countries, from the natural experiments inherent in provincial pluralism, from global reports and from robust research into domestic vaccine effectiveness and safety. That’s also how, by continuously adapting and learning, Canada can find its own unique way out of this pandemic. 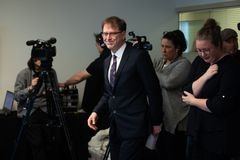 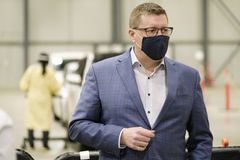 PEI urges service sector to step up and help young workers get a COVID-19 vaccine
March 24, 2021 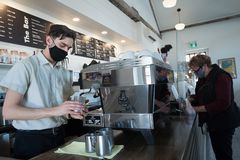