Tom Nicholson was an investigative journalist in Slovakia for 20 years until 2018.

Veteran journalist Daphne Caruana Galizia was 53 when she was murdered by a car bomb. At the time, in 2017, stories on her blog about high-level graft often had greater readership than the combined circulation of all of Malta’s newspapers.

Reporter Jan Kuciak was only 27 when he and his fiancée Martina Kusnirova were shot dead in their home last year. He had been probing suspected links between Italian organized crime and Slovakia’s ruling party.

Divided by age, gender and geography, Mr. Kuciak and Ms. Caruana Galizia are often spoken of together these days. With Sunday’s announcement in Valletta that Maltese Prime Minister Joseph Muscat will resign in January – Slovakia’s PM Robert Fico having packed his bags in 2018 – the two journalists have landed something rare: a tangible blow against Europe’s business-as-usual politics.

For all that, they didn’t live to see what came next.

Mr. Kuciak and Ms. Caruana Galizia had more in common than a pair of important political scalps. The men they took down, Mr. Fico and Mr. Muscat, ultimately resigned because the journalists had identified how power is wielded in their modern democracies.

Their reporting had common elements, such as an allegedly corrupt entrepreneur who used shell companies to ensure political accomplices got paid. In Malta that figure was Yorgen Fenech, whose business group won a government licence to build a €450-million power station. Mr. Fenech also turned out to be the owner of “17 Black,” a company flagged for possible shell company activity based in Dubai that had aroused the suspicions of Ms. Caruana Galizia before she was murdered.

For almost a year, Mr. Muscat stonewalled demands that his appointees resign for corruption. But after Mr. Fenech was arrested and then charged as an accomplice in Ms. Caruana Galizia’s murder (he has pleaded not guilty), two members of Mr. Muscat’s cabinet resigned, while his chief of staff was briefly taken into custody.

In Slovakia, the role of the gangster-tycoon was played by Marian Kocner, a flamboyant property developer with suspected links to organized crime. As a journalist, Mr. Kuciak had tormented Mr. Kocner with his reporting on the latter’s alleged tax scams. In March, Mr. Kocner was charged with ordering Mr. Kuciak’s murder. He has denied any wrongdoing.

Once Mr. Kocner was in custody, police gained access to his cellphone, broke the encryption – and allegedly discovered that he had for years been manipulating leading Slovak politicians and judges. One leaked recording allegedly from the confiscated phone shows Mr. Kocner placing a hidden camera in the office of then-general prosecutor Dobroslav Trnka in 2009 – with Mr. Trnka’s approval – and surreptitiously recording interviews with senior politicians.

Another parallel between Mr. Kuciak and Ms. Caruana Galizia was the support they received – albeit posthumously – from “deep state” actors such as career police officers and financial authorities.

In Slovakia, the chief of police turned out to be related by marriage to an oligarch Mr. Kuciak had exposed; But following Mr. Fico’s resignation, the police chief toppled as well, and his more diligent successor produced an indictment against Mr. Kocner and three accomplices by October, 2019.

In Malta, documents were leaked from the Financial Intelligence Analysis Unit showing that Mr. Fenech’s 17 Black had allegedly intended to funnel bribes to senior Maltese politicians. Despite the 2017 revelations, the police failed to act.

Last week, after Mr. Fenech was arrested, Mr. Muscat refused to issue him a pardon in return for his testimony – sparking accusations that the PM feared giving Mr. Fenech an incentive to tell the truth. The financial intelligence unit, meanwhile, canvassed all of Malta’s banks and financial providers, asking them for information on Mr. Fenech and his 61 companies.

In the end, the effect of Mr. Kuciak’s and Ms. Caruana Galizia’s work was felt beyond their homelands, and shook the European Union itself. Even before Mr. Fenech’s arrest and Mr. Muscat’s resignation, the Council of Europe was recognizing that corruption may go beyond the ability of national governments to remedy. “If Malta cannot or will not correct its weaknesses,” warned a resolution on June 26, 2019, “European institutions must intervene.”

Explainer
What’s going on in Malta? A guide to the PM’s exit and Daphne Caruana Galizia’s killing 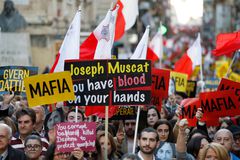 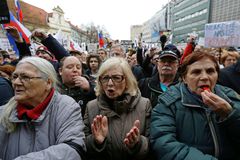