On the 19th floor of one of the office towers that surround the United Nations headquarters in midtown Manhattan, you’ll find the small team who have the obscure but significant job of figuring out how many human beings live in the world.

Never has the work of the UN’s Population Division been so closely watched. This week, they released their urbanization projections, which show that by 2050, 7 out of 10 of the world’s people will live in cities, up from 55 per cent today.

This is significant and potentially beneficial, since urbanization is considered the most important factor in slowing world population growth (so are the education of women and the use of birth control, but these both tend to be effects of urbanization).

So too does their declaration, in October, that “The end of high fertility is near” – that is, the number of countries that average more than 2.1 children per family is dwindling fast. Bangladesh, once a byword for out-of-control population growth, now has a European-style total fertility rate of 2.14 children per family. By 2050, the world’s average family size will fall below the “replacement rate” of 2.1 children.

And that’s affecting the way the UN demographers do their most headline-grabbing job, using an ever-shifting and sometimes unreliable body of national statistics to predict just when, and how high, the world’s population will peak and then start shrinking.

Their analysis last year concluded that world population will peak around the end of the century or slightly after; the most likely scenario has it peaking between 9.6 billion and 12 billion people. But there is still a very strong chance (27 per cent) that the world’s population will peak much lower, in the eight billions, and start falling before 2100 – depending on policies, conflicts and economic growth. And those projections are very much in flux.

Frank Swiaczny, the German demographer in charge of the Population Studies Branch, tells me that this team is undergoing a big structural change for its 2019 projections, which will draw more heavily on urbanization data.

Some demographers have said that urbanization rates are being underappreciated: Sanjeev Sanyal of Deutsche Bank projected five years ago, mainly on the basis of urbanization numbers, that world population would peak at 8.7 billion in 2055 and decline to eight billion by 2100.

As if to answer to that, the Population Division says it places greater emphasis on the important effect known as “population momentum” – that is, the population growth that continues, often for decades, after countries drop below two children per family. That’s because many such countries have the combination of young populations and fast-rising longevity rates – so the large under-40 population keeps having children while the older generation is still alive. That’s why our numbers won’t start shrinking until the end of the century or later, even though we’ve stopped having three kids.

How does Canada fit into this? That question has just been examined comprehensively by scholars Alain Bélanger (of Montreal’s National Institute of Scientific Research) Barry Edmonston and Sharon Lee (of the University of Victoria) and several of their colleagues, who have just published a set of papers examining the effects of world peak population on Canada.

Much of this work focuses on Canada’s own peak population – which is currently projected by Statistics Canada, if our current modest growth rate continues, to be close to 70 million (or about twice its current level) around 2100. If immigration and fertility were slashed sharply for decades, the peak will barely top 40 million, whereas modest increases in either will bring it to 100 million. (I recently published a book making the case for this higher target.)

One of their most important observations: “Several major sources of international migrants, such as China and India, are undergoing rapid development, raising questions about their future as sources of emigrants,” Dr. Edmonston and Dr. Lee write. (The top three countries of immigration to Canada, together responsible for 4 in 10 new Canadians, are the Philippines, India and China.) If China and India continue to shift from being countries of emigration to countries of immigration, “it is possible that future immigration to Canada will include larger numbers from Africa and the Middle East, which will further expand Canada’s ethno-cultural diversity.”

In other words, immigration is quickly shifting from being a buyer’s market – in which countries such as Canada select the best people, who compete for admission – to being a seller’s market, in which developed countries compete with one another to attract a limited pool of international migrants with more generous family-reunification and settlement policies. People, like all natural resources, will become more valuable as their supply dwindles.

Opinion
It’s time to face the consequences of an aging Canadian population
February 11, 2018

Opinion
An aging population: our senior moment
May 11, 2018 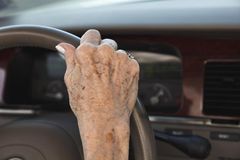 Opinion
Population forecasts are anyone’s guess. So, why even try?
May 11, 2018 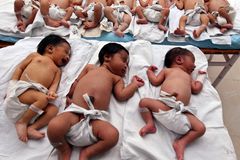