Sonya Fatah is an assistant professor at the Ryerson School of Journalism in Toronto.

I almost choked as I read the news from South Asia, as well as the noxious response. I’d consumed too much bile on social-media platforms: the palpable hate, the jingoism and the nationalism that crept under my skin like a deliberate, slow-moving poison. I knew it well – both sides of this virulent rhetoric – but I couldn’t bear it.

On Monday, the Indian government launched a massive political strike by abrogating Article 370, a seminal act in its constitution. That article granted semi-autonomous status to the contested regions of Jammu and Kashmir, over which India and Pakistan have now gone to war four times.

But this position has changed forever, with India’s unilateral incorporation of Kashmir into its fold as a federally run government territory. And as India shut off communication from Kashmir – sowing fear and suspicion among everyday citizens – its national security adviser settled into the Kashmiri capital and presided over a moment of Orwellian dystopia. From his pulpit in Srinagar, Ajit Doval informed the world that all was well and that Kashmiris had welcomed the decision. With Kashmiris cut off from communication, the silence was palpable.

But for Kashmiris, none of this is really out of place. Kashmiri voices have long been sidelined in the hostile India-Pakistan battle for an imagined community. The current crisis merely reinforces the tragic treatment of the region’s people.

There have been other changes, as well. Indians, previously unable to purchase property in Kashmir, can now do so. This is important because, for some years, many young, mobile Indians with disposable income have been vacationing in Kashmir’s snowy mountains of Gulmarg, with ski resorts luring the affluent to their version of the Alps. When they land in the foothills of the Himalayas for their vacations, social media fills up with photographs celebrating the beauty of the region – and yet there is nary a peep about government actions nor India’s past treatment of the Kashmiris whose lives they luxuriously sample. Now, individuals and corporations can continue to ignore the reality in heavenly Gulmarg – and own that land, while they’re at it.

As the snow drips off the ice-capped peaks, undressing the Himalayas, one wonders: where are the Kashmiris? Their voices are missing from the pastures in India or in Pakistan. There, too, the public has been indoctrinated through a plethora of means – official government speeches, school textbooks and stories of the heroes of Indian partition – so as to consider Kashmir as their own. Pakistanis are taught they must fight for Kashmir because it is the “jugular vein” of the nation.

I was a Pakistani reporter based in India for eight years and I had the unique perspective of being exposed to both countries’ rabid and nationalistic propaganda machines. I could see how deeply the discourse injected into my veins as a child was of a different brand and dosage than the one in my neighbours’ veins. Laced with the poison of convenient, differing histories, individuals and masses lurch dangerously into the discourse.

During that period I wrote many stories about many people and places in India and Pakistan, but I never wrote about Kashmir. I never even visited Kashmir, even though I have roots there, stretching back two centuries, on my mother’s side. I kept thinking: What could I possibly write about if I visited Kashmir? The beauty of the Dal Lake with its charming houseboat culture? The rich tradition of its arts and crafts? Or would I want to write about the impact of more than a half-century’s worth of gamesmanship between two bitter and angry siblings fighting over a piece of property that was never theirs to divide in the first place?

In today’s India, writing about this is even more difficult. With his strongman enterprise, Prime Minister Narendra Modi has expanded the reach of his long-known brand of Hindutva – Hindu nationalism – across the saffron landscape of an India that once revelled in diverse thinking.

In Mr. Modi’s India, too few question the impact of his regime on privacy, on minorities, on the lower-caste Dalits, on freedom of speech and thought. A few brave souls stand out, but the silence of the majority is deafening.

A majority of Indians may welcome their government’s actions. A majority of Pakistanis may condemn them. But what say the Kashmiris? Surely, 70 years of failure by both India and Pakistan has earned them an independent decision and voice.

Opinion
This is not the same old India-Pakistan conflict
March 8, 2019 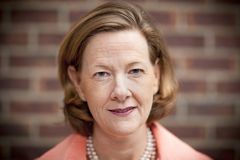 Opinion
While India and Pakistan bomb each other, a resource war looms
March 8, 2019 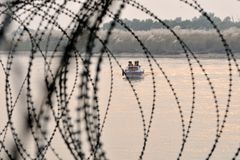