As the new year beckons, the international mood is tense. The trade-tariff battle between the United States and China is sending negative ripples around the world. Some wonder whether Donald Trump is intent on rectifying the hefty trade imbalance or whether he, as some of his hawkish advisers would prefer, is determined to undermine the basic tenets of China’s economic power. Either way, the issue that will define the next year and beyond will be how the United States and China choose to manage their increasingly fractious relationship.

That will involve issues that go beyond trade. Washington is wary of Beijing’s “One Belt One Road” project, which seeks to expand its influence into neighbouring regions and across the African continent – but American efforts to counter these moves have been stymied by the White House’s lack of strategic coherence.

Meanwhile, China has flexed its military muscle to strengthen territorial claims in the South and East China seas, although in this area, the United States remains dominant; in the meantime, targeted cyberspace attacks are, for now both countries' preferred weapon.

Amid this superpower showdown, Canada has been drawn into the crosshairs. By acquiescing to the terms of our extradition treaty with the United States in the case of Huawei executive Meng Wanzhou to the United States from Vancouver, Canada became a pawn, if not a punching bag, for China. Two Canadians have been detained cavalierly under dubious charges. Eschewing diplomacy, China’s ambassador to Canada has threatened more of the same.

Mr. Trump made a bad situation worse by saying that, if he made progress on trade, he might relent on the extradition demand. So much for the rule of law. But his crude intervention may just give Canada’s court an escape hatch the government would welcome.

Before Mr. Trump, successive U.S. governments had hoped that, with its expanding economy, rising middle class and membership in key multilateral economic organizations such as the World Trade Organization and the International Monetary Fund, China would become a “responsible stakeholder,” helping preserve stability, respect for international norms and even some political freedoms at home.

That was a naive assumption. China under Xi Jinping has only become more authoritarian at home and abroad, and more intent on serving exclusively its own interests.

China’s single-minded assertiveness has been abetted by the abysmal state of affairs in most Western democracies. Mr. Trump is as unpredictable as he is unconventional, and his “America First” approach is the antithesis of reliable alliance leadership. Nuance – often the essential ingredient for diplomacy – is not part of his vocabulary. But Mr. Trump’s impulse is toward quick results in part because investigations on the home front are building. Meanwhile, complete disarray in Britain over Brexit has sapped Prime Minister Theresa May’s tenure, while full-scale “yellow vest” protests in France have humbled the once-popular Emmanuel Macron. Even Angela Merkel is no longer an oasis of stability in Europe.

By contrast, Mr. Xi, as “President for Life," draws patience from having the luxury of the long game. The example presented by these troubled Western democracies has little appeal to those ruling in Beijing, making the West’s fog of dysfunction debilitating on many fronts.

Despite Mr. Trump’s desire for constructive relations with Vladimir Putin, the mood is not sanguine between the United States and Russia – and Robert Mueller’s pending revelations may not brighten the prospects.

Dimitri Simes, the president of the Center for National Interest, cautioned that China and Russia may find greater scope for co-operation based on their mutual dislike of being bullied by the United States. “There is no path to responsible policy-making," he wrote, "that does not begin with the understanding and the accounting for unintended consequences of confronting two great powers simultaneously.”

The extensive economic interdependence between China and the United States may be our saving grace. But the atmosphere is brittle, and prone to accident.

This all means that it’s every country for themselves now. And under this global law of the jungle, countries such as Canada have little room to independently manoeuvre – the tangle around Ms. Meng only confirms that – and we’ve seen that global tensions only inflame domestic challenges, and vice versa. It’s time for Canada to take a hard look at its priorities and deliver clearer assertions of the national interest, so regional disputes at home do not inhibit the essential task of dealing with this survival-of-the-fittest world order.

Opinion
The Chinese government needs friends – people who are a lot like the Canadians it has detained
December 27, 2018 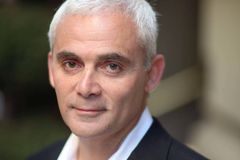 Opinion
Rocked by historic chaos, the U.S. swoons in search of stability
December 21, 2018 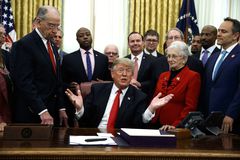 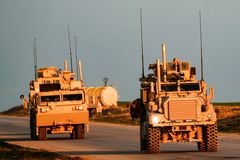