Motherhood isn’t what it used to be. What it used to be was easy – no muss, no fuss and very little forethought. My mom had me at 22. My parents didn’t have a dime, but so what? They lived with her parents until No. 3 was born. When my husband was a baby, he slept in a dresser drawer.

Today, among the upper-middle class, every step of parenthood is meticulously planned, like a military campaign, or a mission to the moon. Children are no longer milestones along the road of adult life. They are capstones. They are the achievement that comes after you’ve achieved everything else. First comes university, then establishing a career, then finding a suitable mate, then saving up for that million-dollar fixer-upper in a trendy neighbourhood. Finally – if your eggs haven’t expired yet – you can start to think about a baby, by which time you will be at least as old as my mother was when I started dating.

Today, the motherhood decision is fraught with trade-offs, deadlines and, especially, angst. No wonder Sheila Heti is so hot.

Ms. Heti’s new book, Motherhood, is a must-read among the thirty-something set. It is the lightly fictionalized story (something known as “autofiction”) of a late thirty-something writer, not unlike Ms. Heti herself, who is torn over whether to have a child before it’s too late. Can she bear to sacrifice her fulfilling life as a writer? How would she endure an existence that’s so terminally boring and unfree? ... Etc., etc. for 300 agonizing pages. (Spoiler: By the time she finished the book, her childbearing days were over).

The most striking thing about this book is that at no time in history, before now, could anyone have written anything remotely like it. I’m not talking about the technology that allows us to regulate fertility, but about the mindset that shapes the way we think about the purpose and meaning of children. What are they good for, anyway? Our remote ancestors never asked that question, any more than cats and dogs do. Children were essential to replenish the tribe and contribute to the collective good. They were a source of labour and a guaranteed old-age plan. They were a way to honour God, to replicate your genes, and to perpetuate the family name.

For half a million years, children were a necessity, a duty and a pleasure – more or less in that order. But now, they are basically a lifestyle choice. And they compete with many other lifestyles, such as being a celebrated author. Children are not vessels for the altruistic investments of adults. They are means for the self-actualization of adults. Nor can you count on them as productive assets. They represent 25 years, or possibly a lifetime, of sunk costs, with an uncertain return. And now that women have found satisfying lives outside the home, the awful truth has begun to dawn: The maternal instinct can be overcome surprisingly easily.

Among population scholars, the flight of the mommies is the subject of much scholarly debate. It is just one of the features of what‘s known as the “second demographic transition.” The first demographic transition is familiar to us all. It’s marked by falling fertility and mortality rates, and invariably accompanies economic prosperity. The second demographic transition, according to the scholars who coined the term, is marked by “sustained subreplacement fertility, a multitude of different living arrangements other than marriage, [and] a disconnection between marriage and procreation.” This transition has spread not just across the Western world, but also to Asia and South America.

People used to think that fertility rates would bottom out once they reached replacement level, which is roughly 2.1 births for each woman. Instead, they just kept going down. Today, Canada’s fertility rate is a miserable 1.6. Italy is at 1.4, Brazil at 1.9, Denmark at 1.7, Germany at 1.4, while Japan, South Korea and Taiwan are below 1.4. Unless these countries can persuade women to have more children (or encourage massive immigration), they’ll go broke. And then they’ll go extinct.

Ms. Heti is part of the problem. But I am, too. I took my sweet time to settle on a mate because I too was fond of my career. By the time I got around to contemplating my options, they were gone. (Hint to thirty-somethings: Only Rachel Weisz gets pregnant at 48.) Childlessness wasn’t a choice, really. It was more or less an accident, just as it was for millions of other women who had no idea they were creating the second demographic transition.

What would it take to end it? I have no idea. And neither does anybody else. 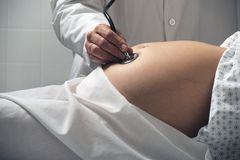 Opinion
Seeking an antidote to The Handmaid’s Tale
May 26, 2017
Opinion
Has the gender revolution stalled?
May 25, 2017
Follow us on Twitter @globedebate Opens in a new window
Report an error Editorial code of conduct
Due to technical reasons, we have temporarily removed commenting from our articles. We hope to have this fixed soon. Thank you for your patience. If you are looking to give feedback on our new site, please send it along to feedback@globeandmail.com. If you want to write a letter to the editor, please forward to letters@globeandmail.com.
Comments