Wednesday’s decision of the Ontario Court of Appeal allows the provincial government to dodge a political and legal bullet. It can pursue its proposed reform to Toronto City Council without having to invoke the notwithstanding clause, an invocation for which it had been roundly (and properly) condemned. Ontarians' focus can return to where it ought to be: on the substance of Bill 5. Even if Bill 5 is constitutional, its failure to respect the importance of municipal government and municipal elections should be of significant concern to Ontarians.

Treating municipalities as mere statutory creations, subject to the changing political winds of a provincial government, causes material harm to democracy and the rule of law, while simultaneously being difficult to limit through either law or politics.

Bill 5 redraws Toronto’s wards to reflect existing electoral districts for Ontario and, consequentially, materially reduces the number of city councillors elected. It makes these changes without the issue of Toronto’s municipal governance having been raised or discussed in the provincial election.

Toronto election 2018: What is going on? A guide

It does so without presenting any evidence to show that the changes are necessary and desirable. And it introduces the changes in the middle of an election campaign, with no opportunity for candidates or the city government to adapt to what is being required. It may be that reducing the size of Toronto’s City Council is a desirable public-policy goal. But Bill 5, in its origins and implementation, does not cite any evidence or any considered engagement with those public-policy issues. It appears to be a raw assertion of provincial power and authority.

The province can claim the right to exercise that power and authority because of how we conceive of municipal government in Canada. We call municipalities “creatures of statute.” They are created by provincial statutes, can only exercise the powers that statutes give to them and have their decisions subject to review by the courts to ensure they do not exceed their statutory authority. Courts provide lots of scope to municipalities in making decisions, interfering only when a decision is one no reasonable municipal council could make. But municipalities have no independent constitutional status. Even the recent court decision invalidating Bill 5 on the basis that it violated the Charter’s protection of freedom of expression recognizes the province’s authority to pass laws in relation to municipalities that are “wrong-headed, unfair or even ‘draconian.’”

Yet democracy and the rule of law are located in our municipalities. Municipalities – and especially the large urban municipalities – make the decisions that most obviously affect our lives. Municipal governments make decisions about policing and firefighting. They determine the nature and quality of our public transport. They repair roads and clear them of snow to keep them safe. They decide what being a good neighbour requires. They address front-line environmental issues such as waste disposal.

Moreover, they do these things with a robust democratic process. Since 2016, I have served as Ethics Advisor to the City of Calgary Council and, in that capacity, have observed how councillors thoroughly debate and resolve these challenging issues, issues that bring into play our fundamental moral and social values. If democracy solves the problem of politics – of how we live peaceably together despite our intractable disagreements on the right way to live – then nowhere does that happen more meaningfully and authentically than at the level of municipal government. And in realizing those democratic values, in answering the hard questions that divide us, municipalities create and enforce law, and are central actors in the accomplishment of the rule of law.

Further, municipal government is robustly representational. The councillors in Calgary are embedded in the communities they represent. They and their employees attend community association meetings. They directly engage with constituents about issues ranging from where that RV is parked to whether we ought to host the Olympics to how to solve the problem of climate change.

Canadian municipalities may be creatures of statute but that is not how we ought to conceive of them. We ought to recognize them instead for what they are – the place where we have the potential to realize democracy in its truest form – and we ought to reject any politician who fails to respect them as such. 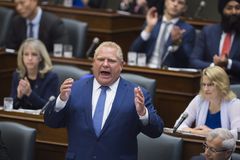 Globe editorial: Doug Ford and the threat to democratic norms in Canada
September 13, 2018 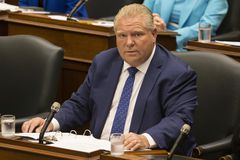 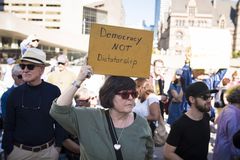