What’s the future of public transit?

A 2017 MIT study found that all 13,000 New York taxi cabs could be replaced with 3,000 ridesharing cars used exclusively for carpooling. The average wait would be 2.7 minutes. The whole ridesharing system would be 20 per cent faster.

Already transport network companies like Uber and Lyft are driving the taxi industry off the road around the globe. They are doing it with a series of clever algorithms and without owning any cars.

Private ride-sourcing is growing. Ridesharing is coming. Driverless cars and trucks are less than a decade away. These and other emerging transportation technologies are advancing at warp speed. The impact on traditional mass transit is not clear. The lines between public and private transportation are being blurred.

Other jurisdictions in North America are already experimenting with private and public transportation combinations. They are reconsidering the future of expensive fixed-rail and suburban bus services. Meanwhile, GTHA transit operators are preoccupied with playing catch-up with their expensive fixed-rail networks. They’re running the risk of being blindsided like the taxi industry.

A recent OECD report titled “Urban Mobility System Upgrade” illustrates the potential magnitude of the technology currently in the works. The study looked at what might happen if all cars became self-driving in a mid-sized European city. The researchers assumed two types of driverless cars – Taxibots (multiple riders) and AutoVots (single riders).

If they combined these two types of driverless cars with existing light rail, they found the same number of people could be moved around with 90 per cent fewer cars on the road. Overall car travel would increase slightly as autonomous cars steal riders from bus transit, private cars and taxis.

Uber and Lyft say they want to complement public transit. But that’s not happening so far. A 2017 Boston study of ride-hailing users found six out of 10 said they would have used public transit, biked or walked if it wasn’t for the ridesharing apps. Many of these riders were using Uber and Lyft as a separate mode of transit, not as a way to connect to buses or subways.

TTC ridership has stalled at about 535 million rides annually since 2014. They acknowledge existing travel alternatives like Uber and Lyft have been siphoning away ridership at an increasing rate (responsible for a 6 per cent transit decline in some U.S. cities). Driverless, ridesharing vehicles are poised to steal even more of the TTC’s future market share.

The TTC leadership laments the ridership losses but so far has failed to implement any creative solutions.

Recently the Metrolinx board approved the final draft of the 2041 Regional Transportation Plan. It sets out the regional vision, goals and strategies for the next 25 years.

Only six pages of the 200-page plan are devoted to “preparing for an uncertain future.” Metrolinx concedes that “autonomous vehicles are expected to dramatically change how people and goods are moved.” But the plan lacks a sense of urgency.

However, this is all in the future. Other transit systems are already implementing these ideas. Dallas Area Rapid Transit (DART) has incorporated private ridesharing into its mobile ticketing app. Passengers checking train schedules can click through to Uber, Lyft or Zipcar to get to their station.

Atlanta’s MARTA system offers a similar link-up to Uber. St. Petersburg, Fla.’s transit system is subsidizing half of an Uber or taxi ride to and from a transit station. The partnership provides a cost-effective solution to the last-mile problem.

California’s LATVA regional transit authority is subsidizing Uber Pool and Lyft Line for rides that start and end within city limits. They are also experimenting with driverless vehicles. Both Lyft and Uber have partnered with MBTA to bring on-demand paratransit service to the Boston region.

Here in the GTHA we’re still in the planning stage. Local transit ridership is being disrupted by a combination of emerging technologies and changing demographics, preferences and attitudes. Driverless, ridesharing vehicles will have even more profound implications for land use, safety, environment, productivity and transit investments.

Preparing for this future means learning from other jurisdictions, integrating current private ride-hailing services into the public system and experimenting with driverless vehicles. 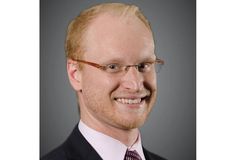 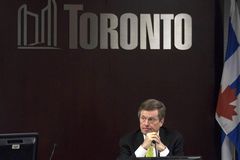 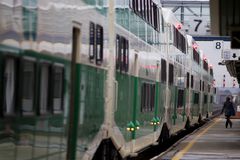