Hon. Jody Wilson-Raybould, P.C., Q.C., M.P., is the independent member of Parliament for the British Columbia riding of Vancouver Granville.

“Our people are in a profound period of transition and of nation building or rebuilding.”

I said these words when I was regional chief of the B.C. Assembly of First Nations some eight years ago. They remain true today.

Understanding this transition is key to making sense of the conflict regarding Coastal GasLink’s pipeline and who speaks for the Wet’suwet’en people in approving or not approving developments through their territory. Much of the pipeline dialogue is framed in simplistic ways: Build the pipeline, or don’t; respect Indigenous rights, or not. But such frames do not help us understand how we got here, and what we must do to avoid or quickly address such conflicts. Let me explain.

Reconciliation requires transitioning from the colonial system of government imposed on First Nations through the Indian Act, to systems of Indigenous governance that are determined by Indigenous peoples and recognized by others.

Indigenous peoples must do this work. We have to deconstruct the colonial reality, identify shared priorities and visions, rebuild governance structures and capacity, determine how to move out of the Indian Act and revitalize legal orders. This includes clarifying the role of hereditary chiefs and systems in today’s world.

The Crown also has a role to play in this transition. Governments must transform their conduct to support nation and governance building without imposition or interference. They must get their own houses in order, by fundamentally reshaping legislation, policy and practices, and they must ask themselves: "Do our laws, policies and practices support the establishment of proper relations between distinct Crown and Indigenous governments, laws and jurisdictions?”

The pipeline conflict is a stark reminder that we have not moved with enough urgency or clarity in advancing this transition.

As is typical, the pipeline was advanced for many years primarily through engagement and agreements and with Indian Act band councils. I understand why it is commonly believed this is appropriate: For better or for worse, the system of band administration is what exists under the Indian Act, and as such can appear to be the most expedient route for governments and industry. The band councils have an important role to play in facilitating the nation-building transition, but in many contexts, dealing with band councils alone results in significant confusion and conflict, and it raises hard questions about whether the rights of Indigenous collectives – who are the proper rights holders in our Constitution – are being respected.

The legal reality is that band councils are a creature of the colonial Indian Act and have limited delegated authority tied to reserves. They do not have inherent authority, nor are they self-governing or an expression of self-determination. They cannot simply represent the proper rights holder – the broader group that shares a common language, culture and tradition – and typically there is more than one band within a given territory of an Indigenous people. As part of nation and government rebuilding, Indigenous peoples may self-determine to adopt aspects of the band council system or have them represent the peoples with respect to title and rights – but that is up to them. This is not a choice for government or industry.

And yet, both government and industry often make that choice by choosing to focus primarily or exclusively on Indian Act Band Councils in negotiations and consultations. By doing so, they can impede the rebuilding work First Nations must do and make it even harder.

At the same time, the pipeline conflict reflects how Indigenous peoples and Crown governments have been – and remain – too slow in putting mechanisms to support and advance this rebuilding into place.

Almost 25 years ago, the Royal Commission on Aboriginal Peoples detailed the new mechanisms needed to support the inherent right of self-government, the resolution of territorial boundary issues, and the establishment and enforcement of proper Crown conduct. For decades, we have also known that clear and principled mechanisms for moving out from under the Indian Act must be built together.

Yet, with a few limited exceptions, we still do not have any of these mechanisms. This was why, when I was minister of justice and attorney-general of Canada, the government adopted 10 principles to guide reconciliation based on recognition, and advocated for a foundational legislative shift through the development of a recognition and implementation of Indigenous rights framework. Such a framework was to adopt standards – including the UN Declaration on the Rights of Indigenous Peoples – and also to ensure those standards are workable and implemented in Canada through the construction of mechanisms, institutions and supports for the work of self-determination and moving out of the Indian Act.

The federal government has yet to follow through as it should have on the foundational shift, however, and unfortunately it has fallen back on trying to manage the problem and delay the necessary hard work. And while a good first step was taken by adopting UNDRIP in legislation in B.C., it is not a panacea; it will not alone address or resolve conflicts like the pipeline conflict. Stating standards, without the mechanisms and processes to systematically achieve them, will not transform our current reality – instead, frustration and uncertainty only increases.

I remain optimistic, but am also anxious. I am anxious to see de-escalation of the current conflict, anxious for everyone’s safety and a peaceful resolution, and anxious to see long overdue work be pursued with haste in all parts of the country where the Indian Act continues to be imposed.

All of us, together, are writing our shared future of Canada. We have come a long way, but we have to accelerate the work of nation building to secure that future. Let’s get this work done. 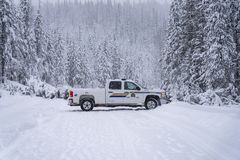 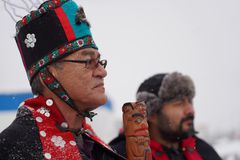