When all the votes are counted, Democrats will likely emerge from last week’s U.S. elections with about a dozen fewer seats in the 435-seat House of Representatives. So much for predictions of a blue wave.

Instead, a wave of blame has blown over the party’s progressive wing, which stands accused of scaring off moderate voters.

“We need to not ever use the word ‘socialist’ or ‘socialism’ ever again,” Virginia congresswoman Abigail Spanberger reportedly told her House Democratic colleagues in a bitter postelection conference call. “We lost good members because of that.”

Ms. Spanberger, who narrowly won re-election in her suburban district in Richmond, Va., had choice words for her party’s prospects in the 2022 midterm elections – the campaign for which is already unofficially under way: She said Democrats would get “torn apart” if they do not send a more centrist message to suburban voters.

South Carolina Democratic congressman Jim Clyburn concurred in a Sunday interview on NBC’s Meet the Press. “I really believe that’s what cost Joe Cunningham his seat,” he said of the first-term Democrat who lost his bid for re-election in a swing district. “I can also tell you about the Senate here in South Carolina. Jaime Harrison started to plateau when ‘defund the police’ showed up with a caption on TV [running] across his head.”

Mr. Harrison’s US$100-million bid to unseat Republican Senator Lindsey Graham failed, as did those of several other Democrats who had been expected to knock off GOP Senate incumbents unable to shake off their connection to President Donald Trump.

Of course, neither socialism nor the defunding of the police were part of the official Democratic Party platform. But the rise of progressives within the party who support those policies and others, such as the elimination of private health insurance, was not lost on voters who recoiled at the prospect of empowering The Squad.

Indeed, that group of four first-term congresswomen – led by New York’s Alexandria Ocasio-Cortez, a member of the Democratic Socialists of America – was the gift that kept on giving for Republicans. Ms. Ocasio-Cortez didn’t just alienate members of her own party every time she opened her mouth; she reminded millions of average Americans of why handing too much control to Democrats was too risky.

“So the whole ‘progressivism is bad’ argument just doesn’t have any compelling evidence that I’ve seen,” Ms. Ocasio-Cortez tweeted after Ms. Spanberger’s comments were reported by The Washington Post. “When it comes to ‘Defund’ & ‘Socialism’ attacks, people need to realize these are racial resentment attacks.”

The “white fragility” argument, according to which white Americans fall apart at suggestions they show conscious or unconscious bias toward racial minorities, is worth debating. But it has its problems as a strategy for winning elections outside solidly blue states or districts. And it is as every bit as divisive as Mr. Trump’s depictions of Black Lives Matter protesters as “thugs.”

AOC, as she is known, has continued to throw bombs at critics within her own party, blaming Democratic House losses on the haplessness of the establishment-led Democratic Congressional Campaign Committee. “The Democratic Party has a problem with just overwhelmingly white strategists that then export their implicit biases into macro-level national strategy,” Ms. Ocasio-Cortez last week told Politico. “And that is disastrous.”

AOC also continues to fuel speculation that she will mount a primary challenge against New York Senator Chuck Schumer in 2022, and a presidential bid in 2024. She will be 35 by then, the minimum age required to hold the Oval Office.

Mr. Schumer is running appropriately scared. AOC may be a drag on her party nationally, but she could easily win a Democratic Senate primary in liberal New York.

“Now, we take Georgia, then we change America,” he declared on Saturday after run-off elections for both of the state’s Senate seats were set for Jan. 5, giving Democrats a final chance to seize control of the Senate. Except that Mr. Schumer did not sound like someone campaigning to become Senate Majority Leader, a position he would assume if Democrats win both Georgia run-offs. Rather, he sounded like a weak imitation of AOC.

In a weekend interview with The New York Times, Ms. Ocasio-Cortez said she hesitated about running for re-election this year, and may quit politics altogether by 2022. “I’m serious when I tell people the odds of me running for higher office and the odds of me just going off to start a homestead somewhere, they’re probably the same,” she insisted.

Of course, that is not really true – no matter how much many Democrats wish it was. 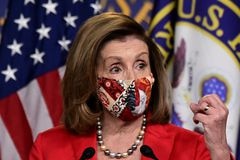 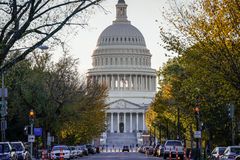 Opinion
What kind of President would Joe Biden be?
November 7, 2020 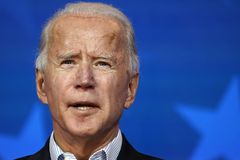