There is a wonderful scene in the new romantic comedy Long Shot in which Charlize Theron, playing the U.S. Secretary of State, is presented with a list of her shortcomings by an image consultant. You move your elbows too much, says the consultant (Lisa Kudrow, who should be in every movie.) “That level of elbow movement stresses people out.”

The Secretary of State is contemplating a run for president, so she gamely sucks up this advice. Still, part of her wants to know how the public is reacting to her policies. “We don’t drill down on specific policies,” the consultant says. “But that’s just because people don’t care.”

Oh, the pain. The pain, for anyone watching the current U.S. presidential race – which is in the first few months of a seemingly thousand-year stretch – is real. Even from afar, I feel the pain as I watch the Democrats struggle to choose the best candidate to defeat Donald Trump.

Of course, there is one candidate who stands out: A tall, tough, plain speaker, a savvy politician who is known for deal-making on both sides of the aisle, a candidate who has a direct, folksy style and the kind of big, toothy grin that voters like.

No, not Joe Biden. Why did you think I meant Joe Biden? Elizabeth Warren has all of those qualities, and a detailed policy platform to boot (one that is both progressive and contains elements, such as plans to battle the opioid crisis and cancel student debt, that would appeal to Trump voters). I’m not sure what Mr. Biden’s platform is just yet, apart from “Barack’s Best Bro.”

Yet Mr. Biden’s mere presence has shot him to the top of the ranks of Democratic nominees, based on his name recognition and long years of service in the Senate. In a field more crowded and jostling than the Kentucky Derby’s, he is the early favourite among Democrats because of a tricky little thing called electability. That is, he is seen as more likely than someone such as Ms. Warren to take down the President.

More than 90 per cent of Democrats and swing voters in a CNN poll said that the ability to beat Mr. Trump would be an extremely important factor in their choice. A Suffolk University/Boston Globe poll of New Hampshire voters put it even more bluntly: “A key factor for Democrats appears to be whether their nominee can prevail over President Donald Trump in 2020.”

Mr. Biden leads that poll with the support of 20 per cent of voters, followed by independent senator Bernie Sanders and Pete Buttigieg, the mayor of South Bend, Ind., at 12 per cent. Ms. Warren has the support of 8 per cent of respondents. As Suffolk University noted, the main concern was that “Warren can’t beat Trump.” (It’s worth noting that 10 per cent of those polled thought she was “too angry.”)

There are any number of factors at work here, all of them alarming. Clearly, Democrats feel that this election campaign is going to be a street fight, and a certain set of (metaphorically) punchy and stabby skills will be required. For whatever reason, Mr. Trump is regarded as “tough,” although in situations requiring actual strength, such as calling out Vladimir Putin over election meddling, he melts like a castle made of kitty litter.

Anyone who thinks Ms. Warren and her fellow Democratic presidential aspirant Senator Kamala Harris aren’t tough hasn’t watched them in action. In committee hearings, Ms. Harris employs her skills as a former prosecutor to devastating effect. And Ms. Warren achieved a level of fame for her master-chef grilling of bank executives who came before the Senate banking committee.

When Timothy Sloan, then-chief executive of scandal-crunched Wells Fargo, testified and tried to defend his actions, Ms. Warren said: “You enabled this fake-accounts scam, you got rich off it and then you tried to cover it up. At best, you were incompetent, at worst, you were complicit and either way, you should be fired.” (Spoiler alert: He eventually resigned.)

That’s the person I’d like to see taking on Donald Trump in the presidential debates. But then, another qualified woman out-debated Mr. Trump and look what good that did. Voters are leery about another presidential candidate who is a woman, as if there’s a quota in their lifetimes, and that quota is one. A recent profile of Ms. Warren in Time Magazine summed up the dilemma: “Many voters who like Warren worry about nominating a wonky, blond woman four years after another wonky blond woman lost to Trump.”

Yet, Ms. Warren beat the odds before in her very first run for office, as an underdog candidate taking on the incumbent senator in Massachusetts, Scott Brown (even after she was criticized for being hectoring, schoolmarmish, and for claiming to have Native American ancestry). She became electable by being elected. When more women are in positions of power, we will begin to see women as deserving of that power. It becomes a self-fulfilling prophecy.

Refusing to vote for women on the grounds that they might not win is actually a fig leaf for a whole other set of beliefs, as the feminist scholar Kate Manne recently explained: “My worry is electability is a smokescreen for this sadly common thing, which is not wanting to support a female candidate. It seems to me that the 'she’s not electable’ excuse could be just that – an excuse."

I recently watched an interesting video of a group of swing voters in Iowa, conducted by Engagious, a political-research company. Of 11 people in the group, three said they would have second thoughts about voting for a woman as commander-in-chief.

One fellow said, “Being president is a man’s job,” but a woman said simply that she couldn’t imagine voting for a female president because there hadn’t been one yet. Then she added, “I think we need a woman’s point of view up there.” One day, perhaps, she was saying. The danger comes when that message becomes dogma, when it’s always next time, and never now. 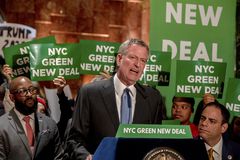 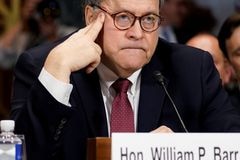 Opinion
Give it up, Democrats: Russiagate is over
Subscriber content
May 3, 2019 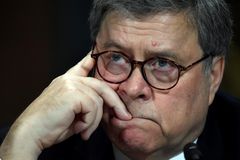