It wasn’t long ago that the thought of Prime Minister Justin Trudeau being a one-term wonder would have been unthinkable. Not any more.

A confluence of issues and events – hello, India! – have reshaped the Liberal Leader’s image in the unkindest of ways. However, it’s his government’s contentious environmental agenda, and his handling of the dispute over the Trans Mountain pipeline expansion, which have shaken the confidence and trust many Canadians had in him to lead the country.

As things stand now, the federal Liberals very well may be wiped out completely in the Prairies, while perhaps getting a seat or two in Metro Vancouver. Maybe. Such is the level of animosity that has enveloped Mr. Trudeau’s environmental plan, especially with the national carbon tax that he’s attempting to bring in. But people in the West are equally furious over the Prime Minister’s handling of the pipeline conflict between B.C. and Alberta.

Fair or not, there is a perception that the Prime Minister allowed this issue to take a back seat to other, lesser, priorities, while basking in the glow of a fawning world press wowed by his progressive, feminist credentials. But in the West, the pipeline is the biggest issue, one now enveloped in generations-old complaints. If the aggrieved party was Quebec, instead of Alberta, this matter likely would have been solved by now. (Mostly by ensuring Quebec got whatever it wanted). At least, that is the sentiment this clash has sown west of Ontario.

On Thursday, the Prime Minister, currently in Peru for the Summit of the Americas, announced he will meet with B.C. Premier John Horgan and Alberta Premier Rachel Notley on Sunday in an attempt to broker a peace settlement. Many will say – finally!

Mr. Trudeau had to have known this pipeline had the potential to grow into a national nightmare the moment Mr. Horgan’s NDP was allowed to form government in B.C. The New Democratic Party Leader had campaigned on stopping the pipeline from going ahead. He famously said he would use “every tool in his tool box” to do it. And not long after being sworn in, the fight was on between two old friends – Mr. Horgan and Ms. Notley.

That was the moment Mr. Trudeau needed to pounce – not mid-April, now months into this feud. Had he acted then, it wouldn’t have devolved into the quagmire it has become. That’s when he needed to have a frank discussion with Mr. Horgan about how a federation works, and the constitutional authority Ottawa had not only over pipelines, but what flowed through them as well. He should have made it known, in a room just with him and Mr. Horgan, the strings that can sometimes be attached to federal funding.

Perhaps Mr. Trudeau was hoping Mr. Horgan and Ms. Notley would solve their feud like two adults. But that was a risky strategy. Regardless, beyond repeating his mantra – “the pipeline will get built” – Mr. Trudeau did nothing, and looked incredibly lame in the process. Only when Kinder Morgan threatened to walk away from the project – and the story became big news in central Canada, too – did it prompt an emergency cabinet meeting and talk of some type of sanctions against B.C.

But that will not be so easy.

Mr. Trudeau has painted himself into a corner. By allowing this matter to escalate to the point it has, anything Ottawa does now will look like a desperate overreaction. And many of those possible paths are fraught with peril. Economic sanctions, for instance, would hurt all British Columbians, most of whom are innocent bystanders in this war. That would do the Liberals no good. They would go from possibly maintaining a few seats in the next election to being wiped out entirely.

The government could join B.C. in its planned court action, in the hopes of getting it expedited. But that would lend credence to a process Ottawa maintains is without merit. Finance Minister Bill Morneau seems to have ruled it out anyway. Or, maybe the government joins Alberta in taking a financial stake in the pipeline, sending the signal that this project is not going away any time soon. That may be the most practical route for Mr. Trudeau at this point.

But he’s really in a no-win situation.

If he does succeed in pushing the pipeline through, he’ll anger people in Metro Vancouver where most of the opposition to the venture is based. But he would also get little credit in Alberta, or the neighbouring jurisdictions of Saskatchewan and Manitoba, where there is a common view he made a hash out of this issue unnecessarily.

The cruel truth is this pipeline has made Mr. Trudeau more vulnerable politically than at any point in his mandate. And the fallout could have dire political consequences for him. 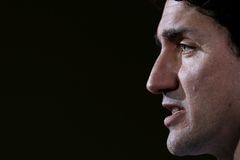 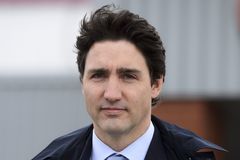