Alok Mukherjee is a distinguished visiting professor at Ryerson University, and the co-author of Excessive Force: Toronto’s Fight to Reform City Policing. He was chair of the Toronto Police Services Board from 2005 to 2015.

When the Ontario Human Rights Commission launched an unprecedented inquiry into the Toronto Police Services’ racial profiling and racial discrimination of black persons in November, 2017, it was met with nervous anticipation. The inquiry was the product of years of protests, complaints, activism and reviews, as well as court and the Human Rights Tribunal of Ontario findings that Toronto police officers had engaged in unnecessary stops, questioning and searches, used excessive force and laid unnecessary charges against black people, suggesting racial profiling was at play. Meanwhile, solemn promises by governments, police chiefs and police boards provided little more than rhetoric.

But for all the hope around the inquiry, the OHRC’s just-released interim report leaves the despairing impression that previous work and commitments have had little impact on how the Toronto police treats members of the city’s black communities.

The interim report is based on information and data drawn from a wide variety of sources, including the police service’s own hitherto unseen quantitative data and engagement with approximately 130 people. It reveals “serious cause for concern” related to police use of force; stops, questioning and searches; and the laying of charges involving black people.

Legal decisions cited in the interim report also revealed that racial profiling and illegal stops involving black people continued. One man was tasered six times while handcuffed. Another was stopped on his way back from prayers, punched twice in the face, searched, handcuffed and left in the cold. A car passenger was arrested and charged with marijuana possession without reasonable and probable grounds.

And that’s just the tip of the iceberg. An analysis of SIU reports points to “broader concerns about officer misconduct, transparency and accountability.” Some Toronto police officers provided biased and untrustworthy testimony, inappropriately tried to stop the recording of incidents, and failed to co-operate with the SIU. And the Human Rights Commission noted that in its final report, it will examine the role and impact of police culture.

Despite efforts by the Toronto Police Service and its board to institute new policies, procedures, training and accountability mechanisms, it would appear that police culture – that hardened, toxic thing – has triumphed. A key ingredient of that culture is lax accountability. All too often, punishment amounts to a slap on the wrist. When almost 100 police officers breached a mandatory policy by removing their name badges during the G20 summit in 2010, their penalty was a day off. When a court action found that a large number of police officers were turning off or not even switching on their in-car cameras – another requirement – the police chief instituted a mild penalty of taking away a day of vacation. In both instances, this penalty was given informally at the officers’ unit level and thus did not go on their disciplinary record – and it is hard not to conclude that this way of dealing with serious breaches amounts to no more than a wink and a nod, and reinforces a culture of impunity.

An important first step in ensuring accountability is collecting, analyzing and publicly reporting data related to police stops, detentions and use of force to determine if they disproportionately affect members of the black communities.

It is time for the police services board to direct Chief Mark Saunders to immediately begin collecting and reporting data on police interactions with black, Indigenous and other racialized communities.

The early signs do not give hope. The initial response to the interim report is a joint statement by the board and the police service that is remarkable for its defensiveness and obfuscation. Perhaps the board itself must be held to account first. 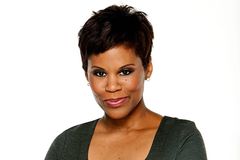 Desmond Cole’s feature on carding lit a fuse under the city’s elite, but why did it take so long?
May 15, 2018 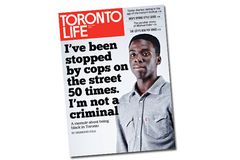