There is an army of people across Canada sitting in their barracks – by which I mean their living rooms – waiting for orders that, so far, have not come. These are the people who spent the beginning of the pandemic banging pots and pans in support of health care workers and who collected and donated masks and other PPE in those early days when hospitals faced dangerous shortages. Some have shopped for elderly neighbours or cooked meals for friends in self-isolation. For this fortunate cohort of Canadians, the pandemic has meant a surplus of free time, which many people – in the initial weeks especially – tried to fill with volunteer activities and goodwill gestures.

Canadians, generally speaking, are pretty good at showing up to help when called. According to Statistics Canada, roughly 41 per cent of Canadians aged 15 or older – or nearly 12.7 million people – volunteered for charities or non-profits in 2018. Opportunities for organized volunteer activities have waned considerably over the past year, however, what with the suspension of hospital programs, restrictions on visitors to long-term care facilities, the cancelling of in-person religious activities and so forth. That’s left the country with a glut of untapped volunteer potential at a time when some Canadians, after a year of sitting at home, are yearning for something to do.

The federal government tried to harness that potential early in the first wave by launching the National COVID-19 Volunteer Recruitment Campaign, which was designed to build “an inventory of volunteers from which provincial and territorial governments can draw upon as needed.” Yet provincial and territorial governments appeared to make little use of the database and instead issued their own calls for volunteers last spring. Ontario, for example, publicly called on volunteers to help out in critically understaffed long-term care homes. Manitoba recruited volunteers to perform various tasks at COVID-19 testing facilities. Alberta even launched a brand new online tool to connect Albertans to local communities and organizations in need. The federal government’s other major endeavour to mobilize volunteers – through a contract with WE Charity that would pay students “grants” for devoting a certain number of hours – imploded under the weight of conflict-of-interest allegations, and it was never replaced.

Though the provinces did try, especially in the first wave, to mobilize volunteers to aid in their COVID-19 responses, the efforts were rather unco-ordinated and relied largely on the media to get out the message to residents. Internationally, however, volunteers were treated as integral, rather than tangential, to governments’ emergency pandemic responses. Civilian volunteers in South Korea, for example, were put to work on the phones and making protective masks, and unpaid doctors and nurses from outside the epicentre headed to Daegu to help out with the pandemic response. An Israeli hospital tested out sending recovered coronavirus patients to help out on COVID-19 wards. Various states, cities and counties all over the United States actively recruited volunteer contact tracers to help contain the spread of the virus (whereas Toronto had to stop contact tracing outside of outbreaks altogether in October because it didn’t have the capacity to keep up with the spread).

The most significant mobilization of volunteers is happening now, however, as countries around the world undertake their largest mass vaccination programs in history. The National Health Service (NHS) in Britain has recruited some 200,000 volunteers to help with the rollout and administration of COVID-19 vaccines to its population of nearly 67 million. Using hospitals, mass vaccination centres, schools, churches, pharmacies, hotels and movie theatres, the country has managed to offer at least one dose to more than 22 million people, with volunteers doing everything from helping to process names and appointments, to ensuring physical distancing, to administering the shots. Volunteers are also prioritized for receiving the vaccines themselves, since they are considered to be front-line health care workers.

California is taking a similar approach to its vaccine rollout by incentivizing volunteers with a promise of a shot. On Monday, the state launched the MyTurnVolunteer portal, through which residents can sign up to help out at vaccination centres in their areas and for which they may receive a shot in exchange for at least four hours of work. In Canada, the provincial government in Nova Scotia recently put out a call for health care professionals and regular volunteers to assist at vaccination clinics across the province.

Other jurisdictions, including hot spots such as Toronto, which is looking at the prospect at running 24/7 vaccination clinics, would be smart to tap into its reserve of willing and idle unpaid workers now, so that they will be ready to help out if and as soon as supply outpaces operational capacity. There are no doubt thousands of potential volunteers just sitting at home, eager to do their part to help expedite the end of this pandemic. They just need to be issued orders. 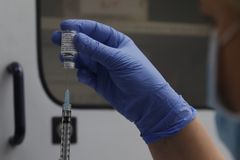 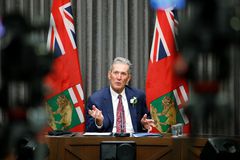 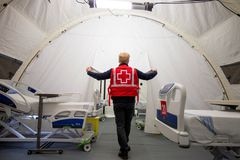