Last week, the U.S. State Department began enforcing new rules limiting the travel of women coming to the country for the primary reason of giving birth.

This is a response to President Donald Trump’s long-pledged promise to end the policy, which bestows automatic American citizenship on newborns. So-called birth tourism is also seen as a backdoor way of making it easier for the child’s parents to one day become U.S. citizens themselves.

Of course, this is not a phenomenon unique to the U.S. We have been experiencing the same issue here, and now B.C. politicians are worried that Mr. Trump’s new enforcement measures will mean an even greater number of foreigners will turn to Canada as an ever-accommodating alternative.

The city of Richmond, B.C., just outside of Vancouver, has become a prime destination, especially for visitors from China. An unsavoury industry has built up around the facilitation of those wanting to come here to give birth. These outfits offer a one-stop shopping experience, which includes a “guarantee” that pregnant women will get through customs with the proper paperwork. These women, and anyone travelling with them, are coached on what to say when interviewed by border agents.

In their advertisements, these companies outline a long list of benefits of giving birth in Canada including the fact the country provides free education before university, free health care and, that once the child reaches the age of 18, he or she can apply to sponsor their parents to immigrate to the country. The advantages to instant citizenship go on and on. All interested parties need is the tens of thousands of dollars that these shysters are charging.

“We’ve basically put a price on Canadian citizenship,” said Jas Johal, a provincial Liberal MLA from Richmond. “These individuals are paying $80,000 so their child is guaranteed a Canadian passport.

“This is an elite, global, moneyed class that has found a loophole and are working the system. These are not your typical hard-working immigrants who built this country.”

Recent numbers tell the story: Between April 1, 2018, and Feb. 7, 2019, there were 389 births to non-resident mothers at Richmond Hospital. The year before, there were 474 and the year before that, 383. “It’s a stark reminder that our hospital has turned into a passport mill,” Mr. Johal told me.

According to an investigation conducted for the Canadian Global Affairs Institute, a non-partisan research group, a few years ago, there were 3,223 births by non-residents in Canadian hospitals in 2016 – excluding Quebec. In 2018, the number had jumped to more than 4,000.

The head of Doctors of BC, Kathleen Ross, has spoken out about the issue, saying the practice is straining resources. Some hospitals have been put in a difficult situation in which they have no choice but to deliver the child of a foreign patient even when coverage for the procedure is in doubt. Some doctors have ended up being short-changed for their services.

Federal politicians Liberal MP Joe Peschisolido and Conservative MP Alice Wong, who both represent ridings in Richmond, have tabled petitions in the House of Commons calling for action. So far, the federal Liberals have been reluctant to do much about the matter.

Mr. Johal believes the crackdown by the Trump administration is only going to make the situation here even more acute. He thinks the solution is simple: Enact a law that says anybody who comes to Canada on a tourist visa and gives birth, will not automatically be eligible for Canadian citizenship.

The federal Conservatives have proposed legislation that eliminates birthright citizenship unless one of the parents of the child born here is a Canadian citizen or a permanent resident. They’ve also suggested stricter visa requirements, in the first place, for people coming in from other countries in late stages of pregnancy.

Those proposals don’t seem radical to me. Nor do they seem racist or nativist. This is not about blocking foreigners from coming to Canada, or restricting immigrants from building a new life here. This is about fairness, plain and simple.

Several countries have changed their citizenship laws to end the practice of birth tourism, including Britain, New Zealand, France and Germany. It’s long past time that we, too, put an end to a practice that is both deceitful and unscrupulous. 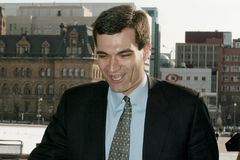 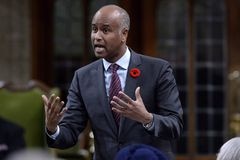 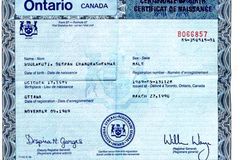