Obnoxious he is, but when it comes to NATO burden-sharing, U.S. President Donald Trump has a point. With the United States shouldering almost two-thirds of defence expenditures by the alliance members, the other 28 members, including Canada, can do more.

At this week’s North Atlantic Treaty Organization meeting, Prime Minister Justin Trudeau should commit to meet the NATO defence commitment guideline − 2 per cent of gross domestic product − by 2024. In doing so, he could also commit to increasing Canadian development assistance to 0.7 per cent of GDP, the target first recommended by former Canadian prime minister Lester Pearson. If the United Kingdom can manage these commitments for defence and development, so can Canada.

While these pledges will discombobulate some, it would further validate the Trudeau government’s declaration that “Canada is back” as a constructive internationalist.

In terms of readiness, Canadian Forces already have achieved significant interoperability on land, air and sea with U.S. forces. We do this through NATO as well as NORAD (the North American Aerospace Defense Command), our 60-year-old binational aerospace and maritime surveillance agreement. We also achieve it through joint exercises and active operations in theatres such as Afghanistan and Libya and now in Latvia.

But we should do more.

This means spending more, not because Mr. Trump says so, but because Canadian sovereignty requires it. In their commendable, recently tabled report on NATO, the House of Commons National Defence Committee recommended that Canada meet the NATO target. They also encouraged developing quantitative and qualitative evaluations that better represent national contributions beyond the 2-per-cent metric.

There will be many opportunities for reinvestment. Three initiatives would immediately serve Canadian interests:

1) Increase the reserves: The Canadian Forces face recruitment and retention problems. This would bring in more young people as well as those who want to complement their current employment. They will learn a trade and serve their nation.

2) Assert our sovereignty, especially in the North. We need to pick up the pace for construction of icebreakers by using all of Canada’s shipyards and building more Arctic offshore patrol ships and supply ships for use in all three oceans. We should also invest now in the next generation of submarines – they are the ultimate stealth weapon to deter unwelcome intrusions into our maritime space. And why not build a pair of hospital ships to provide humanitarian relief in the increasing number of climate-related disasters that beset coastal nations?

For the democracies, NATO continues to be the best defence against threats, new and old. While the alliance is trans-Atlantic, its footprint is global, with partner nations including Japan, Australia, New Zealand and South Korea.

But like any institution that turns 70 next year, NATO can be improved.

A useful starting point is the recent report of the GLOBSEC NATO Adaptation initiative. To meet and master the many technology and affordability challenges from “hybrid warfare to hyperwar”, the authors recommend a strategic review for next year’s summit so that NATO is “prepared, fit and able to act across the seven domains of grand conflict: air, sea, land, cyber, space, information and knowledge.”

Canada, like the rest of the Alliance, took the peace dividend after the fall of the Berlin Wall and end of the Cold War. The Chretien government used the savings to pay down debt and put our financial house in order. Alas, the end of history did not arrive and the triumph of democracy was premature.

Now we need to reinvest in our collective security. For only when our arms are sufficient beyond doubt, John F. Kennedy said, can we be certain, beyond doubt, that they will never be employed. 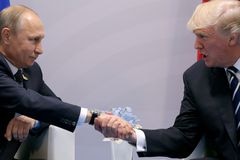 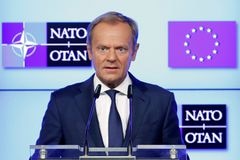 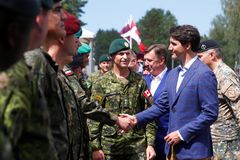