John McNee was permanent representative of Canada to the United Nations from 2006 to 2011.

On June 17, years of advocacy and international cajoling will be resolved one way or the other, as Canada, Ireland and Norway stand for election to the UN Security Council for a two-year term beginning in 2021. The council, composed of five permanent members – the United States, Britain, France, China and Russia – also has 10 countries elected for such terms, from different regions.

Western countries often go to great lengths to win one of the two seats, and this race has been no different. The three countries have deployed prime ministers and foreign ministers for their campaign, dispatched special envoys around the world, mobilized diplomatic networks, and otherwise reasoned, lobbied and persuaded in their efforts to secure the votes of the 193 countries of the General Assembly.

The value of a Security Council seat, however, is viewed by many with skepticism. The past decade has been disappointing as great-power rivalry has frustrated action, with China and the U.S. colliding. The council’s shameful inability to address the Syrian tragedy is thanks to cynical Russian opportunism. Under President Donald Trump, the U.S. has proven unpredictable. In recent months, the Security Council was unable even to pass a resolution on COVID-19.

But this does not mean we should simply sit on the sidelines and criticize. Instead, Canada should try to effect change and bring new, 21st-century concerns around international security to the council, on issues ranging from cyberthreats to pandemics. It’s in Canadians’ interest – and that of the international community, too – for Canada to be elected.

First, the stakes are higher now. The world is becoming a more dangerous place. The economic crisis brought on by the COVID-19 pandemic has weakened fragile countries, deepening the agony of failed states such as Venezuela and undermining international security. Suspicion of foreigners is rising. A great worry is that more states will turn increasingly inward.

The COVID-19 pandemic was a clear failure of international co-operation, signalling that the great global challenges will require more collaboration among nations, not less. Yet, the institutions that allow for such co-operation are increasingly under attack from the great powers’ aggressive pursuit of their own interests; other countries, emboldened by that example, have been less willing to accept the need for collaboration over common goals and adherence to agreed-upon rules.

This rules-based international order, which has undergirded the world since the Second World War, is imperfect, but it remains the best hope to prevent a world where might makes right.

Canada, which has long been a beneficiary of this order, is well-placed to strengthen and defend it. Former Australian prime minister Kevin Rudd has called for a group of “constructive powers,” including Canada, France, Japan, Germany and possibly Singapore to fight for multilateralism and international institutions, starting with the UN. These institutions offer the best hope of confronting the great global challenges of this century. Canada’s voice would be stronger in defending this vital cause as a Security Council member.

Second, Canada could contribute to the council’s agenda around threats to peace in places such as Yemen, Mali, Colombia, Afghanistan and others. With its deep ties to anglophone and francophone countries in Africa and Asia, membership in the Group of Seven (G7), Group of Twenty (G20), Asia-Pacific Economic Cooperation (APEC) and Organization of American States (OAS) and allies in Europe, Canada has a unique network of global relationships that can make it a distinctive contributor.

Canada also has the ability to work in partnership with others on new-generation security issues. International terrorism, pandemics, increasing food insecurity, unprecedented outflows of refugees from countries in conflict, cyberthreats, and climate change all deeply affect Canada’s and global security.

Canada’s Mission to the UN has championed innovative approaches to financing for development, drawing on the private sector, to get at some of the deep causes of conflict. Innovative thinking is sorely needed on the council.

We have the heft to make a difference, and the DNA for collaboration. Canada could rally other council members, such as Vietnam, Tunisia and Niger, to address these important challenges. Canada’s track record at the UN is of building successful cross-regional coalitions, whether for protecting civilians in conflict, gender issues or prevention of genocide. What’s more, Canadians’ respect for diversity would be an enormous asset, given the number of conflicts that involve ethnicity, race or religion.

Just as it was in 2010 – the last time we ran – Canada is clearly hoping to shape the international security agenda, and now, it’s a time when global tensions are on the rise. So let us hope, to paraphrase former U.S. president Barack Obama, that the world decides it “needs more Canada” – starting with Wednesday’s election. 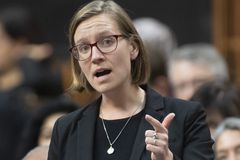 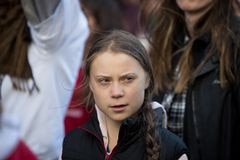 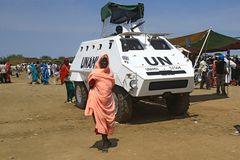