By the grace of the Canadian justice system, you essentially have the freedom to get drunk and get behind the wheel as many times as you wish – until you finally kill someone.

On your third or 13th impaired-driving conviction, you will be forced to pay a fine and spend at least 120 days behind bars, after which you technically won’t be allowed to drive for a few years. That latter restriction only matters to the extent that only 13-time drunk drivers are known to respect licence suspensions – which is to say, not at all. Roger Walsh of St. Lazare, Que., collected 18 impaired-driving offences before, with his 19th, he finally killed someone. His case became exceptional in Canada when, in 2009, a judge sentenced him to life in prison.

But most drunk drivers, even those who kill someone, won’t see anything close to the maximum penalty. They will fare like Christopher Singh of Markham, Ont., who, in 2016, was impaired when he got behind the wheel of his Infiniti at 9:40 in the morning and slammed it into another car, killing the driver and her four-year-old daughter. In August, 2019, he was sentenced to 5½ years in prison.

Or they’ll fare like Jaylene Lagrelle, who killed a 19-year-old Calgary man and seriously injured three of his family members when she drunkenly blew through a red light in 2016. This September, she was sentenced to 3½ years. It was her second impaired-driving conviction.

To the family members of the deceased, a prison sentence shorter than the term of a driver’s licence must feel similar to a hideous reflection of the extent to which the justice system values a human life. But when the same behaviour is treated so mildly when it doesn’t get someone killed, the punishment suddenly seems proportional. After all, how could a court justify sending someone to prison for 25 years for driving drunk and killing someone when the maximum punishment for driving drunk without killing someone – a function of luck, mostly – is two years less a day by summary conviction? (Unless the Crown pursues indictment for some reason, by which the maximum punishment would be a maximum of 10 years for no injury and 14 years for bodily harm.) In any case, these are just maximum penalties; if you get caught driving drunk for the first time tomorrow, chances are you’ll end up with a $1,000 fine and a slap on the wrist.

Rates of police-reported impaired-driving incidents have actually been on a downward trend nationally for the past 30 years, even if it doesn’t always seem that way – especially around this time of year, when people get in their cars to celebrate the New Year and end up robbing someone else of the opportunity to see it. This New Year’s Eve was no exception. And just before the holidays, two international students were killed when a car blew through an intersection and mounted the sidewalk near Centennial College in Toronto. The driver was arrested on nine charges, including impaired driving causing death.

The federal government attempted to beef up Canada’s impaired-driving laws in 2018 with stiffer minimum fines and maximum penalties, as well as a handful of enforcement and screening changes. Some of those changes, however – including the ability of police to demand a breathalyzer from any driver they’ve pulled over, regardless of suspicion of impairment, as well as a two-hour window during which police can demand a breath sample – could function more to trample civil liberties than meaningfully deter undesirable behaviour.

Quebec took a more direct step late last year when it imposed mandatory ignition-interlock devices – breathalyzers that prevent a car from starting if the driver has been drinking – for life for anyone caught driving drunk twice within 10 years. The measure is not foolproof, of course – repeat offenders can always borrow someone else’s car or have a sober friend blow into the device – but U.S. studies have shown that states that mandate such devices for convicted drunk drivers have seen a noteworthy reduction in the number of fatal crashes involving alcohol. While other provinces also employ some sort of ignition-interlock program for repeat drunk drivers, none is as severe or readily enforced as the new program in Quebec.

Ideally, the change in Quebec will pave the way for the adoption of similar policies throughout the rest of Canada, because without practical, physical preventative measures, those inclined to drive impaired will simply continue to do so. Canadian law doesn’t allow someone to discharge a firearm in a crowded space an infinite number of times as long as they don’t actually maim or kill anyone. So it makes little sense that those drunkenly wielding what amount to two-tonne weapons maintain the freedom to keep doing so again and again.

Driver in custody on suspicion of drunk driving after crash kills two in east Toronto
December 23, 2019 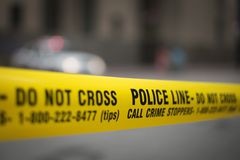 Does live-streaming while driving count as distracted driving?
December 9, 2019 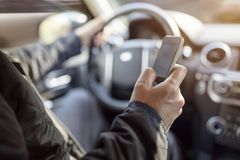 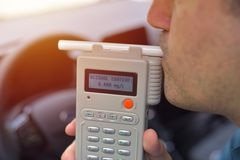