Cory Doctorow is the co-editor of Boing Boing and a writer whose books include Information Doesn’t Want To Be Free. He will be appearing at 6 Degrees Toronto.

A funny thing happened on the way to the 21st century: Even as old conspiracy theories were growing more implausible, they also became more popular.

Take the Flat Earth: Never before in human history have more people seen the Earth’s curvature with their own eyes.

From climate denial to anti-vax to a resurgent eugenics movement, we are in a golden age of terrible conspiratorial thinking, with real consequences for our species’ continued survival on our (decidedly round) planet.

Ideas spread because of some mix of ideology and material circumstances. Either ideas are convincingly argued and/or they are delivered to people whose circumstances make them susceptible to those ideas.

Conspiracies aren’t on the rise because the arguments for them got better. The arguments for “alternative medicine” or against accepted climate science are no better than those that have lurked in the fringes for generations. Look up the 19th-century skeptics who decried the smallpox vaccine and you’ll find that anti-vax arguments have progressed very little in more than a century.

The people panicking over these developments have an explanation for the newfound vigour of conspiracy theories: They say the Big Tech platforms have developed the equivalent of mind-control rays that beam even mediocre ideas past our rational defences.

They say that ad-driven companies such as Google and Facebook threw so much R&D at using data-mining to persuade people to buy refrigerators, subprime loans and fidget-spinners that they accidentally figured out how to rob us of our free will. These systems put our online history through a battery of psychological tests, automatically pick an approach that will convince us, then bombard us with an increasingly extreme, increasingly tailored series of pitches until we’re convinced that creeping sharia and George Soros are coming for our children.

This belief is rooted in a deep and completely justified mistrust of the Big Tech companies, which have proven themselves liars time and again on matters of taxation, labour policy, complicity in state surveillance and oppression, and privacy practices.

But this well-founded skepticism is switched off when it comes to evaluating Big Tech’s self-serving claims about the efficacy of its products. Exhibit A for the Mind-Control Ray theory of conspiratorial thinking is the companies’ own sales literature, wherein they boast to potential customers about the devastating impact of their products, which, they say, are every bit as terrific as the critics fear they are.

Call me a cynic, but I don’t know why we’d doubt every utterance from Big Tech except their marketing claims.

I just don’t believe in mind control. The underlying science behind “sentiment analysis,” and “big 5 personality type” classifiers is (to put it charitably) hotly contested by research psychologists. And while the non-consensual dossiers that Big Tech has compiled on countless people certainly help them target people (that is, by showing fridge ads to people who’ve searched for refrigerator reviews, or by suggesting that people who hang out in white-supremacist-adjacent forums might want to send money to Faith Goldy or go to Charlottesville with a supply of tiki torches), there’s not much evidence that Big Tech represents any meaningful advance on persuasion. Big Tech can find you people who might be amenable to your pitch, and can automate much of the record-keeping associated with refining that pitch, but the pitch itself? That’s a stubbornly unscientific craft.

If conspiracies aren’t attributable to ideology or mind-control rays, then we’re left with one remaining possibility: that material circumstances of the people who believe in conspiracies made them vulnerable to bad ideas, even ones that are as implausible as eugenics, anti-vax and the flat Earth.

The modern way of knowing things for sure is through formal truth-seeking exercises. In these, an official body convenes a formal, transparent investigation into some question: how to calculate load-stresses on the joists that hold up our buildings; whether we should be eating more plants and fewer animals; whether a medication is safe. They hear from experts who present their best evidence and rebuttals. The bodies deliberate, and make a decision, and publish that decision, and explain their rationale.

These systems work because when they fail, they fail safe. The people involved are bound by ethics rules that keep them out of temptation’s way; their work is on display so that any failures can be caught by third parties; the system is subject to appeal and repeal as new facts are revealed.

For these systems to work, they need to be fair and honest.

But 40 years of rising inequality and industry consolidation have turned our truth-seeking exercises into auctions, in which lawmakers, regulators and administrators are beholden to a small cohort of increasingly wealthy people who hold their financial and career futures in their hands. Industry consolidation makes it startlingly cheap to buy the truth: Once an industry consists of a handful of players, it’s easy for everyone to agree on the play, and the only people qualified to be referees are drawn from the companies’ own executive ranks, whence they will return after their spin in governance’s revolving door.

Why don’t we agree on the urgency of climate change? Because of a moneyed conspiracy to make us doubt it. Why did we let a single family amass riches greater than the Rockefellers while peddling OxyContin and claiming it wasn’t addictive? Because of a moneyed conspiracy. Why do some 737s fall out of the sky? Why are our baby-bottles revealed to be lined with carcinogenic plastics? Why do corrupt companies get to profit by consorting with the world’s most despicable dictators? Conspiracies.

In other words: Big Tech doesn’t have a mind-control ray, but it does have an incredibly sophisticated people-finding machine, and if you’re looking for people who might believe in your conspiracy, it helps if there’s a massive pool of people around who’ve been battered (and had their lives irreparably harmed) by conspiracies.

To be in a world where the truth is up for auction is to be set adrift from rationality. No one is qualified to assess all the intensely technical truths required for survival: even if you can master media literacy and sort reputable scientific journals from junk pay-for-play ones; even if you can acquire the statistical literacy to evaluate studies for rigour; even if you can acquire the expertise to evaluate claims about the safety of opioids, you can’t do it all over again for your city’s building code, the aviation-safety standards governing your next flight, the food-safety standards governing the dinner you just ordered.

In such a world, you’re left nominating experts to tell you which claims are accurate and which ones aren’t. I believe in the medical science about vaccines because of trusted scientist friends; I disbelieve the (waning) medical claims about opioid safety for the same reason. But my epidemiologist friends have no expertise when it comes to structural steel, diesel emissions or climate science.

In a pluralistic world, we can aspire to the rule of law, in which rigorous systems keep human frailty in check. In an oligarchic world, we’re left finding people who “sound like they know what they’re talking about” and putting our trust in them. If your people tell you that opioids are killing you (and possibly save your life in the process) and then follow it up by telling you that the Earth is flat or that George Soros wants to weaken your social fabric by funding asylum seekers and paid protesters, well, what yardstick can you measure these statements against?

Big Tech is part of this problem, but not because they have a mind-control ray. Rather, it's because they have monopolies, thanks to decades of buying nascent competitors and merging with their largest competitors, of cornering vertical markets and crushing rivals who won't sell. Big Tech means that one company is in charge of the social lives of 2.3 billion people; it means another company controls the way we answer every question it occurs to us to ask. It means that companies can assert the right to control which software your devices can run, who can fix them, and when they must be sent to a landfill.

These companies, with their tax evasion, labour abuses, cavalier attitudes toward our privacy and their completely ordinary human frailty and self-deception, are unfit to rule our lives. But no one is fit to be our ruler. We deserve technological self-determination, not a corporatized internet made up of five giant services each filled with screenshots from the other four.

It’s hard to seize the means of computation, but step one is ending oligarchic controls. We need breakups of all our consolidated industries: energy, transport, accountancy and auditing, entertainment, telecoms, media, news, tech – everything from eyeglasses to pro wrestling to movie studios to pharmacies (to say nothing of pharmaceutical companies!).

We can never be sure whether our beliefs are true ones, but unless we can look where the evidence leads us – even when it gores a billionaire’s ox – our beliefs will tend toward catastrophic falsity.

Opinion
Why 5G will make cybersecurity so much more difficult
August 28, 2019 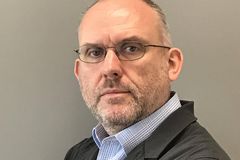 Opinion
For antitrust law, the next century will be data-driven
June 25, 2019 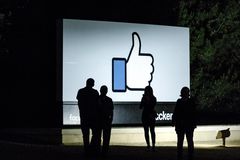