Gwynne Dyer’s latest book is Growing Pains: The Future of Democracy (and Work).

There is a remarkable lack of enthusiasm for free money.

A recent poll asked people in the work force to rank their preferences: a higher minimum wage; legally enforced profit-sharing by employers; direct government subsidies to wages; and a universal basic income (UBI). Most of them put UBI in last place.

That’s not really surprising. People who cannot imagine a different economic environment are naturally reluctant to break the link between work and compensation. But if we are moving toward a future where work is not available for half the population, preferences may change.

The government of Ontario managed to find people to fill the 4,000 places available in its Ontario Basic Income Pilot program, who receive $1,400 a month for three years.

The Ontario model isn’t “universal” – it only goes to individuals, employed or not, with an annual income below $34,000. (Payments are reduced by 50 cents for every dollar of earned income.) Money for nothing doesn’t sound like an idea that would appeal to a Conservative politician, but Doug Ford, probably the next premier of Ontario, has already said that he will continue the pilot program if he is elected.

That’s important, because the political stability of Western democracies may ultimately depend on whether this approach works or not.

The people who got this project approved and funded in Ontario don’t make this claim for it, of course. The original idea, first introduced to the Canadian debate by former Conservative senator Hugh Segal in 2012, was that a guaranteed basic income would be a simpler, more effective and less intrusive way of getting help to both the unemployed and the working poor. But that’s not why so many people elsewhere are watching the Ontario pilot.

They are responding to what at first seems an apocalyptic view of the future. It’s been around for a while as an academic exercise: The famous 2013 study by Carl Frey and Michael Osborne identified 47 per cent of U.S. jobs as liable to be automated in the next 20 years; a 2016 working paper from the Organization for Economic Co-operation and Development suggested that 33 per cent of Canadian jobs are highly susceptible to automation; Nicholas Eberstadt’s 2016 book Men Without Work showed that 17.5 per cent of American men of prime working age are already not working.

But it took Donald Trump to make the predictions feel real. His one great political insight (which got him elected as President) was that huge numbers of Americans, especially in the Rust Belt, had lost their good manufacturing jobs and were now unemployed, or at best surviving in minimum-wage jobs.

Mr. Trump blamed it on free trade and the resultant “off-shoring” of many good American manufacturing jobs to Mexico, China and other low-wage countries: Nationalism always pays good political dividends. But the real job-killer was automation, and the Rust Belt suffered first and worst because it specialized in assembly-line jobs that could easily be automated even with the dumb computers and simple robotic arms of 20 years ago.

One-third of all surviving American manufacturing jobs were eliminated in the first decade of the 21st century, and less than 15 per cent of them went overseas. Automation killed the rest. If Mr. Trump understood that fact, he never mentioned it, but he did know how neglected the victims felt and how angry they were.

He also knew that the official unemployment figures lied, because they only counted people who were actively looking for jobs, not the much larger number who have just given up. “Don’t believe those phony numbers when you hear 4.9-per-cent and 5-per-cent unemployment,” Mr. Trump said in his victory speech after the New Hampshire primary in February, 2016. “The number’s probably 28, 29, as high as 35. In fact, I even heard recently 42 per cent.”

He was exaggerating as usual, but the real number is 17.5 per cent, which is two-thirds of the way to the peak U.S. unemployment rate in the Great Depression of the 1930s. If the current level of unemployment elected Donald Trump, what would twice that level produce?

The same populist revolt is growing in European countries: In the Brexit referendum in Britain in June, 2016, and the Dutch, French and German elections in 2017, the local populists deployed the same nationalist, anti-immigrant, racist rhetoric as Mr. Trump. In most cases, too, the support for the extremists came disproportionately from the local versions of the Rust Belt. It was a wake-up call – and lots of people have woken up.

The new interest in various forms of basic income is driven by the prospect of an increasingly jobless future. It has support from the right as well as the left, because everybody’s business model is broken if half the population has no money for discretionary spending. Above all, it may be needed to protect democracy from the fury of the populists.

So the basic-income pilot program in Ontario is getting worldwide attention. In scale and in generosity, it dwarfs the Dutch pilot ($1,275 a month, but only for people on welfare) and the feeble little Finnish experiment ($685 a month), which in any case is being shut down early. It’s much bigger than the California pilot ($1,000 a month for 1,000 people) that will be financed by Silicon Valley moguls such as Bill Gates, Mark Zuckerberg and Elon Musk.

In fact, it’s the only real-world, large-scale trial under way anywhere. So thank you, Donald. And thank you, Doug. This is information we need.

Globe editorial: Canada can afford a guaranteed basic income. But should it?
April 22, 2018 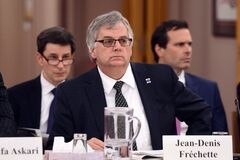 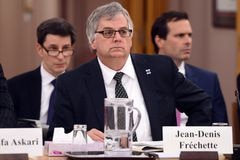 Opinion
Why the left and right should embrace a universal basic income
March 15, 2018 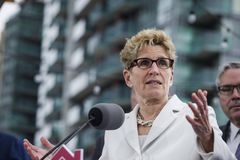