Trevor Tombe is an associate professor of economics at the University of Calgary, and a research fellow at the School of Public Policy.

Financial transfers from Ottawa – and the provinces' disputes over them – are central to the Canadian experience. They are a key reason why our country exists at all, but also a continual source of tension.

Part of this is unavoidable. Allocating scarce federal dollars is a zero-sum game, and flows to one province are lost to another. But much of the anger – especially in Alberta and Saskatchewan – is stoked by commentators and politicians who are deliberately fanning the flames.

UCP leader Jason Kenney went even further. “Every year, Alberta sends $20-billion in transfers to other provinces through the federal government,” he wrote in a fundraising e-mail last Saturday, proposing a referendum on the issue. “It’s time to fight for fairness in the federation."

Sensational claims drive interest and, more importantly, votes. And Ottawa is always an easy target, even as the federal government prepares to provide a $1.6-billion support package for oil and gas companies. But those claims only work because we let them. So it’s up to each of us to be informed about how equalization actually works, and why struggling Alberta doesn’t receive any while surplus-rich Quebec does.

There are three major transfer programs: the Canada Health Transfer, the Canada Social Transfer and Equalization. The first two distribute funds to provinces according to their population. Quebec is twice Alberta’s size, so it receives twice the dollars. Today, nearly three in four federal transfer dollars are based on population, making transfers as equally distributed as at any point in Canadian history.

Only the equalization program itself is unequal. But that’s deliberate: Some provinces have an easier time raising revenue than others, so equalization provides additional funds to lower-income provinces to ensure adequate public services can be provided to all Canadians.

The formula itself asks what a province’s revenue would be if all its tax rates equalled the national average. Alberta would raise $12,327 per person, more than any other province, followed by B.C. at $11,052. Quebec is far behind, at $8,123, and Prince Edward Island lags even further, at $6,648, according to Finance Canada calculations. Equalization tops up provinces below the national average, which is why a province as populous as Quebec receives payments.

One can certainly disagree with providing more transfers to lower-income regions, but this is hardly a coherent argument against a program designed to do exactly that. Instead, many argue that it is unfair to Alberta, because of the province’s large deficit and deep recession. But these arguments don’t hold water, either.

Yes, Alberta’s recession has shrunk its economy by 12 per cent between 2014 and 2017 – but it remains on top. Alberta’s GDP per capita was nearly $77,500 last year, compared to the national average of $58,000; Quebec’s was $50,000. A strong economy means high income, and Alberta’s median household income was $93,000 in the last census, while more than two in three Albertans are employed today; both figures are higher than those in all other provinces.

Alberta’s large deficit also does not entitle it to equalization. After all, Alberta chooses to have low taxes and high spending, made possible by the luxury of high oil and gas royalties, which have now been reduced. Alberta’s politicians need to come to grips with the fiscal reality, not look to Ottawa for help. And while Quebec may be running a surplus, its taxes are double those in Alberta.

As Mr. Kenney says, Alberta does send more than $20-billion to Ottawa, though the federal government raises more from Alberta individuals and businesses than it spends in the province. My forthcoming research for the Canadian Tax Journal found that the federal revenue and spending gap represented an implicit transfer of $23.8-billion out of Alberta in 2017. And since 2007, this gap has totalled $264-billion.

But the claim is still misleading. The federal government raised nearly $400 more per Albertan in GST than it did from elsewhere, and it raised over $2,500 more per person in income taxes. Neither, however, are transfer programs; the same 5 per cent GST applies everywhere, and there is only one income-tax system.

So it’s not that Alberta pays more: high-income individuals do, regardless of where they live, and Alberta just happens to be home to a large number of them. That implicit, unavoidable transfer happens within provinces just as it does between them. But rather than unequal federal policy, it’s Alberta’s strengths, such as higher incomes and a younger population – which means fewer CPP and OAS cheques flow to Alberta – that are widening its federal fiscal gap.

We shouldn’t shy away from debates over transfer programs. They are hard conversations to have openly and honestly, but we must reject misleading claims and accept hard truths. Doing otherwise would be truly unfair. 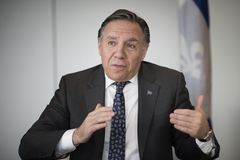 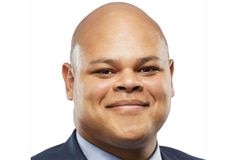 Opinion
To build pipelines, we must create coalition corridors
December 16, 2018 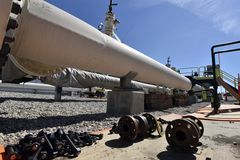