Frédéric Mégret is an associate professor of law at McGill University

Last week, the Supreme Court heard arguments on the barring of expatriates who have resided away from Canada more than five years from voting in Canadian elections. The Ontario Court of Appeal had earlier found the restrictions democratically justifiable because they preserved the “social contract” between voters and lawmakers. Whether it is the case that the social contract depends on denying voting rights to non-resident citizens is highly dubious. More importantly, often overlooked in the debate is the broader issue of how Canada – and other countries – should relate to their diasporas in an age when significant numbers chose to live abroad while retaining deep emotional and political bonds to their country of citizenship.

The argument against long-term expatriate voting often portrays non-residents as essentially free riders, voting on laws that will not affect them. The reality is considerably more complex. First, long-term expatriates may decide to come back and so arguably continue to have a vested interest in their country of citizenship. To the extent that they do not have voting rights in their country of residency, they are deprived of their only opportunity to exercise political rights. Second, long-term expatriates are, in fact, affected by the laws and policies of Canada, especially to the extent they have international ramifications. They are often the only point of contact that foreigners will have with Canadians. All expatriates share the experience of having been called upon to account, informally at least, for the policies of their home country. They may be targeted as Canadians. Third, many expatriates, even though they do not reside in Canada, do a considerable amount for Canada, directly or indirectly. It goes without saying that Canada is very well represented by its expatriates, many of whom do great honour to our country.

The prioritizing of residency over citizenship, in this context, is problematic in several respects. Although the nation state may be a primarily territorial concept, citizenship is not. Citizenship is measured not by how long one spends on the territory of one’s state, but how committed one is to its ideals, how ready to give back and to invest in its political life. The idea that long-term expatriates are distant and disconnected citizens is belied by their voting record and the intensity by which some of them have, precisely, been willing to protest, including before the courts, against the denial of their rights, invoking their “deep and abiding” connection to Canada. Moreover, citizenship is what you make of it: Treating the diaspora as if it had no connection to Canada is surely to contribute to severing that link. One is also a citizen because one is provided with meaningful opportunities to exercise one’s rights as such. Finally, one should be wary of attempts at fragmenting citizenship, part of a worrying trend that includes fighting less hard for dual citizens abroad or threatening to withdraw citizenship from those convicted of certain offences. Attacks on the indivisibility of citizenship suggest that some Canadian citizens are less citizens than others, and are therefore attacks on the citizenship of all.

The debate deserves to be put in its global context, where it clearly transcends the particulars of any theoretical social contract. How to deal with expatriate populations has become a defining issue of our globalized age, whether it comes to voting rights or how aggressively countries protect their nationals abroad when they are, for example, threatened or prosecuted. Canada has not always made the right choices. Today, however, many countries positively court their diasporas, and for good reason, not only as a source of remittance, but as a source of soft power, and as part of a deep commitment to the free flow of people and ideas. Many countries not only allow, but positively encourage, their diasporas to vote back at home. Although the Harper government once objected to this, Canada is actually part of a variety of French, Italian or Tunisian electoral constituencies.

It may not come as a surprise that Canada, a country that traditionally conceived itself as a place of immigration rather than emigration, has given relatively less thought to this question than other countries. The absence of specific constitutional arrangements for the representation of its diaspora, for example, sets it apart from others that have thought more creatively about this issue. In an age where people are increasingly on the move, making residency a condition of citizenship may not only be unfair to those affected; it may fail to do justice to Canada’s diversity. 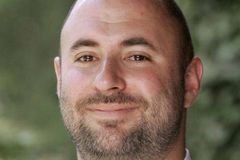