My fascination with and love for elephants began when I first encountered a herd. I was on foot in the forests on the rim of Ngorongoro Crater, and I was able to spend time with these magnificent beings in Tanzania’s Ruaha National Park. I was there with my late husband, Derek Bryceson, who was the director of Tanzania National Parks at the time. We had arranged training workshops for park rangers who would follow individuals and record their activities using techniques similar to those we developed in Gombe to monitor chimpanzee behaviour.

Although I could not be there often, I got to know a number of elephants individually. There was Fred, a juvenile male. He was a real show-off and would chase almost anything – antelopes, warthogs, cattle egrets – trumpeting fiercely, ears spread. I even saw him charge a butterfly.

One individual I especially loved was a very old male, Ahmed. His ears drooped and his skin was loose, hanging in folds around his ankles. He moved slowly and deliberately and often stood in the shade by himself, his trunk draped over one of his tusks.

Elephants are highly intelligent. During dry periods, the older members of the herd remember the locations of water holes they visited years before. They form strong social bonds and have emotions similar to our own. If danger threatens, the adults will circle the mothers and calves protectively and are ready to charge. They care for adults of the herd as well: One researcher observed three male elephants attempt to revive a dying matriarch, lifting her body with their tusks as they tried in vain to get her back on her feet.

On World Elephant Day, we pay tribute to these wise, gentle giants who so perfectly represent the natural wonders of the world.

But today is not a time for celebration. This magnificent species, which once roamed across Africa in great herds, has been pushed toward extinction. In 1930, as many as 10 million elephants inhabited the continent. Today, there are only some 400,000 left. This decrease is almost entirely the ugly result of poaching, which is backed by criminal cartels to satisfy the demand for ivory. How shameful that human greed threatens these majestic, intelligent beings, slaughtering them for their tusks.

If we are to save this species, the demand for ivory – and other elephant parts – must end. In 2016, at the most recent conference hosted by the International Union for Conservation of Nature, the African Elephant Coalition (which comprises 29 countries representing the overwhelming majority of range states in which African elephants are found) called on countries around the world to close their markets for commercial trade in raw and worked ivory. The proposal was supported through a unanimous resolution.

Canada – along with Japan, Namibia and South Africa – has refused to do so. Unlike China, once the largest single market for the buying and selling of legal and illegal ivory, Canada continues to sanction a domestic marketplace for elephant ivory.

As a policy, Ottawa has banned sales of ivory from elephants killed post-1990. But because ivory is extremely difficult to date, illegally harvested supplies enter the Canadian market with little or no difficulty. (Canada has also expressed concern that banning elephant ivory could affect the well-regulated Inuit trade in worked narwhal and walrus ivory, although no evidence has been cited to support this claim.)

Canada also permits the importation of elephant trophies. Between 2007 and 2016, Canada allowed the legal importation of more than 400 elephant skulls and 260 elephant feet, according to the Convention on International Trade in Endangered Species of Wild Fauna and Flora, which tracks the movement of animals and animal parts.

Hunting causes terrible suffering to thousands of individual elephants. Moreover, profits from poaching fund criminal cartels, destabilize communities and feed corruption. Park rangers, on the front lines of protecting all wildlife, also pay a high price: In 2018, at least 63 African game rangers died in the line of duty, often leaving their families without support. And a number of people working to bring the ivory barons to justice have been brutally murdered.

On World Elephant Day, the Ivory-Free Canada coalition, of which the Jane Goodall Institute of Canada is a member, is calling on Canada to ban the trade in elephant ivory. With its partners, – Elephanatics, Humane Society International-Canada, World Elephant Day and Global March for Elephants and Rhinos-Toronto – the coalition is asking Canada to join other responsible countries in the fight to save these iconic animals from extinction.

When I see elephant tusks or elephant ivory trinkets, I see the suffering and brutal death of the individual to whom they once belonged and the terror and heartache of the others in the herd.

But together we can change this. I choose elephants, not ivory. I choose an Ivory-Free Canada. 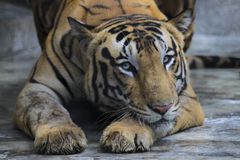 Activists should be allowed to speak on behalf of animals in court, Toronto lawyer argues
July 28, 2019 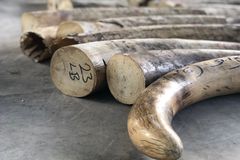