Anna Maxymiw is a writer and editor based in Toronto. Her first book, Dirty Work: My Gruelling, Glorious, Life-changing Summer In the Wilderness, was published last year.

The book of secrets is black and well-worn. It has pieces of paper sticking out of it, and its plastic cover is falling off. The pages are written in different colours of ink, some paragraphs vivid, some fading; at times, the penmanship changes, words are crossed out, addendums appear bright and bold. The book of secrets says: I’m here, we’re here, this is how far we’ve come.

The Ukrainian side of my family is not large. At some point it may have been, but the Second World War fell like a scythe. Families stayed in place and perished. Or they walked across Europe for a chance at a better life; many still perished, but sometimes they got away. Some of mine escaped. A few of them landed in Canada, a few in the United States. But some were lost – six of my grandfather’s brothers, never heard from again, maybe alive, maybe not. The doubt is small like a poppy seed, and it sticks in my throat whenever I see a surname similar to my own.

My father is Ukrainian, and my mother is not, which means my brother and I have an Eastern European last name but speak English. Growing up, family gatherings could be fraught; I couldn’t keep up with prayers or carols during religious holidays and I didn’t get references to particular clothing or books or events. Often, people spoke over us in a language we didn’t know. Sometimes, I just didn’t want to visit my cousins because it was stressful, being a stranger in a strange land, not understanding what was going on around me and not being able to defend myself if I had to.

But the best times were the holiday meals. For me, that meant Ukrainian Christmas, or Sviat Vechir – what’s known as the holy evening. Always on the night of Jan. 6, because of the Julian calendar, the supper consists of 12 dishes – one for every month of the year, or for each apostle, depending on who you’re asking. These are 12 dishes of handmade ancient recipes, dishes that need to be timed and cooked with masterful choreography: bread with honey; borscht; uszka, or tiny mushroom dumplings; potato varenyky, or perogies; cabbage varenyky; holubtsi, or cabbage rolls; fried fish; carp kholodets, or aspic; nalysnyky, or crepes; mushroom gravy; kutia, a poppy seed and wheat berry pudding; and kompot, half-drink and half-stewed fruit. Some of these dishes proved to be more popular than others; some had only a few appearances on the menu, falling off after years of children refusing to eat them. But at any time of the year, I can taste all of them, from the unpleasant to the rhapsodic, on the back of my tongue and in the part of my brain where I know who I am and where I come from.

When I was younger, when my baba still lived in her own house, I would sit in her kitchen and watch her make varenyky, her wrinkled fingers coated in flour, pinching the dough with such tiny movements I could barely see the edges of each action. I tried to mimic her, but my clunky perogies fell apart when put into boiling water, their innards whirlpooling in the pot, while Baba’s perfect varenyky ascended.

My baba and I argued more as I grew up and started to push back. I liked to give her grief; she liked to try to impose rules on me. She wanted me to colour inside the lines, and I wanted to scribble. She wanted me to stay safe, to stay cloistered, and I wanted to go out and experience the world. But in her kitchen, with the smoke of her cigarette curling toward the ceiling, the air thickened by the raw smell of flour, we always called a truce.

As Baba gets older, my father has started to take on the responsibility of cooking for Sviat Vechir. He has the book of secrets to help him, the worn black notebook in which all of my grandmother’s handwritten recipes live. There can be no thick-doughed varenyky made by machines. There will be no borscht that comes in jars, no holubtsi with thick winter cabbage. In the book are recipes that need to be planned year-round, that call for cabbage bought in summer and kept in the freezer, that need wild mushrooms and handmade dough and hours and hours of work.

Every year, my brother and I make the trek home. Sometimes, if she’s feeling up to it, Baba comes over to taste the borscht and watch us struggle to assemble uszka, which are tinier than varenyky, with a fold like a delicate ear. Sometimes Baba stays at her apartment, and it is up to us to figure out how to carry on the traditions and how to make them our own. But regardless of who is in the kitchen, there’s a calmness to standing side by side, hair tied back under kerchiefs, hands working like an assembly line. Making food that hasn’t changed in centuries, using methods and ingredients that my forebears would have used, I feel most connected to my Ukrainian past. The book of recipes is not just written in my baba’s hand; it is a congregation of all of my ancestors, all holding the pen, all contributing parts of their lives to the meal. Each varenyk I fill brings me closer to them. I’m safe because of the sacrifices they made, so I’ll learn to carry on the traditions that bring my Ukrainian relatives together every year.

When the whole family sits down for Sviat Vechir, we all bring the dishes we’ve made. Invariably, someone’s holubtsi is sweeter than someone else’s; someone’s varenyky are better formed. But it never matters when we’re all at the table. Tensions from childhood or last year or last month are forgotten as my aunt passes around the bread with honey, wishing us health and happiness in the new year. We sing about peace, about the glory of this night, whether the words are in Ukrainian or English or a mix of the two. We wear traditional embroidered shirts, or we don’t. But every year, when we set out an empty plate for those who aren’t with us any more, I think of the line of us that stretches back to Ukraine. I think of strong-hearted forebears, of generations of hands dusted with flour, and I know that for another year I’ve done them proud. 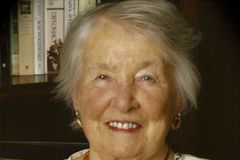 Opinion
How Ukrainian politics became the most Canadian of politics
Subscriber content
July 5, 2019 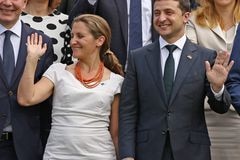 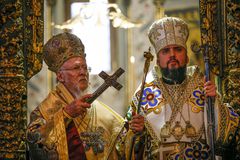