In 1884, Teddy Roosevelt was a rising political star – a Harvard-educated, well travelled, well-do-to young man with a reformist drive. And yet he could still utter these despicable words: “I don’t go so far as to say the only good Indian is the dead Indian. But I believe nine out of every ten are, and I shouldn’t like to inquire too closely about the tenth.”

Such was the tenor of the time that he paid no great price for it.

As president (1901 to 1909), his views matured somewhat. But he could still describe a law which opened up Native lands to white settlers as “a mighty pulverizing engine to break up the tribal mass.”

Other American political leaders back then were not strikingly different. Even such a liberator as Abraham Lincoln sought to maintain Indigenous people as wards of the government.

Canada must face its deep systemic racism against Indigenous people

The U.S. didn’t have institutions called “residential schools” as such, but from 1819 through to the 1960s, it had government-funded, church-run boarding schools where similar abuses took place. Prompted by the recent discoveries of hundreds of unmarked graves at Canadian residential schools, the U.S. government recently announced an investigation of its own schools.

America’s history in the 19th century in dealing with Indigenous peoples is held in a harsher light by historians than Canada’s. In settling the West, Americans saw them as the enemy and waged war with tribes sporadically from the 1780s until the 1890s.

On the Canadian side, there were some battles, but generally, the Indigenous peoples were seen more as economic partners in the fur trade and were occasionally military allies as well. The differences were such, as noted by American Indian studies historian Roger Nichols, that Canada was a place of refuge. “From the era of American independence on, many tribal people looked north to Canada for help and shelter.” Thousands came.

By comparison with the U.S., Canadian prime minister Alexander Mackenzie boasted in 1877 that Canadian policy was “humane, just, and Christian.” James Douglas, governor of British Columbia, wrote, “Nothing would be more disastrous than if we were reduced in the opinion of Indians to the level of Americans.” Douglas signed treaties with local First Nations, although it’s debated today if these agreements were presented in good faith.

Though John A. Macdonald is being condemned today, the governing of Indigenous peoples in his time was admired so much in Washington that Congress sent a commission to Canada to do a study. Its report in 1870 noted the absence of Indian wars and how the Indigenous population was faring so much better in health and increasing in numbers.

Macdonald authorized the creation of residential schools, which were intended to assimilate Indigenous children by separating them from their families. Enrolment at residential schools was not compulsory under Macdonald, who was often criticized by Liberals of the day for being too lenient towards Indigenous people. In the C2C Journal last fall, lawyer Greg Piasetzki issued a powerful defence of the Tory PM, arguing that he should be recognized for his “peaceful co-operation.”

All history is selective. The generally positive assessment of Macdonald by biographer Richard Gwyn is countered by history professor James Daschuk, whose book Clearing the Plains documents what he sees as Macdonald’s inhumane treatment of Indigenous people, taking them to the edge of starvation to further his goals in the 1880s.

On the U.S. side, beginning with Franklin Roosevelt’s presidency, the American approach to its Indigenous population grew more progressive and differences with Canada narrowed, historians attest. FDR’s New Deal included what’s been called an Indian New Deal, returning land to Native Americans as well as allowing more cultural and economic freedom. In 1975, the U.S. government passed a law that recognizes Native American tribes’ right to self-determination – sovereignty within their boundaries.

In a January analysis, The Harvard Political Review cited this, saying the image of Canada as being more enlightened in its approach constitutes “a progressive facade.” On the question of political autonomy, there is no comparison, writes Selena Zhao. In Canada, there is no recognition of Indigenous statehood under the Indian Act of 1876, which still exists.

It’s primarily, she notes, because of Justin Trudeau’s apologetic public-relations campaigning, compared to Donald Trump’s callous approach (he was bitter, for one thing, over business losses at Native American casinos) that provided Canada with the better image – one which the residential-school revelations serve to undermine.

Mr. Trudeau’s appointment this week of Mary Simon as the first Indigenous person to hold the role as Canada’s governor-general is hopefully about more than image. She has the wherewithal to turn the largely ceremonial position into one which can help upend history and make real progress on the road to reconciliation.

Editor’s note: An earlier version of this article misquoted Theodore Roosevelt. This version has been corrected. 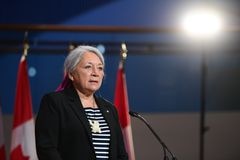 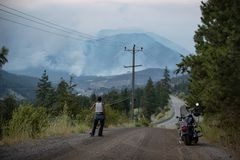 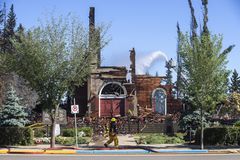