In 2017, when Barack Obama presented Joe Biden with the Presidential Medal of Freedom, he called the vice-president his “brother” and a “lion of American history.”

He spoke of Mr. Biden’s candour, his decency, his love of people. He joked about his homespun nature. “Pretty much every time he speaks, he treats us to some wisdom from the nuns who taught him in grade school.”

Most of all, the then-president spoke of Mr. Biden’s sense of humanity, his genuine goodwill and the respect it has brought him. “You see it in the enduring friendships he’s forged with folks of every stripe and background up on Capitol Hill.”

In glaring contrast to U.S. President Donald Trump, Barack Obama is a man of grace, dignity and erudition. That he has such deep faith in Joe Biden, who served at his side for eight years, is no small thing.

Mr. Obama sees Mr. Biden as the right man for this moment, as the politician best suited to lead the United States out of the abyss. Given Mr. Biden’s various strengths, a good case for this can be made.

There’s been so much talk of his frailties; how he’s too old and how age has taken a toll on his mental acuity. How he is uninspiringly inarticulate and gaffe-prone. How he is the ultimate Washington insider, practising the politics of cronyism.

There’s the rap that he’s too much of an old-guard institutionalist and too much, like Mr. Obama, under the influence of Wall Street. From his long career, there’s baggage in regards to his treatment of women, support for the Iraq war and other issues. With the times calling for new thinking – a trailblazer – another knock is that Joe Biden is a throwback to yesterday’s man.

There’s some truth in all this. But there has been little attention given to the counter-case. In the wake of what Mr. Trump has done, the scrapper from Scranton, Pa., might just be the one with the right stuff.

We could start with his history of reaching across the aisle. Mr. Biden is a consensus builder, not a bomb thrower. Amen to that.

He is an old white guy. But behold his record in building support among people of colour. It’s impressive. It speaks to the sense of humanity to which Mr. Obama alluded.

Mr. Biden has a staggering 48 years of political experience. Has any newly elected president ever matched that? The perspective and knowledge such experience bestows cannot be underestimated. A broad perspective is critical to enlightened decision-making.

Mr. Biden knows pain. He lost his first wife and one-year-old daughter in a car accident in 1972. He lost his 46-year-old son Beau to a brain tumour in 2015. The U.S. has suffered under prejudiced, factional, callous leadership for four years. It is in need of compassion at the top. Mr. Biden has the sensitivity, the soft heart to see to it.

Ideologues of the right or left are dangerous. Mr. Biden thankfully wears no political straitjacket. He’s in the middle; a second baseman with range.

A Democrat with a hard-line agenda would bring on a brutal backlash. As the presumptive Democratic nominee, Mr. Biden has a strong reform platform but he isn’t going to markedly defund the police, or completely adopt the Green New Deal, or support decriminalizing illegal border crossings or bring in Medicare for All. Republicans trying to paint him as being in the grip of the socialist left are having a tough time of it. He’s hardly a revolutionary.

In some respects, with all the years in the trenches and his down-to-earth pragmatism, Mr. Biden resembles, as some have noted, Jean Chrétien. Something else that should not be overlooked is his sprawling, Brian Mulroney-like Rolodex; a contact network at home and abroad that is endless.

While campaigning at a stop in New Hampshire, Mr. Biden spoke at length about the importance of his personal relationships with leaders around the globe. He has respect for allies like Canada and will restore harmony with them.

Should he become president, Mr. Biden will inherit hellish circumstances, but he will not be a stranger to them. He was there with Mr. Obama when they took over during the global financial crisis more than a decade ago.

To counter the negatives, Joe Biden has quite a list of attributes. In most every respect, he is the opposite of the incumbent. For the beleaguered republic, that means there is hope for restoration. 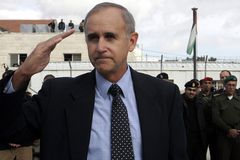 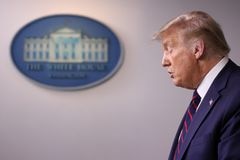 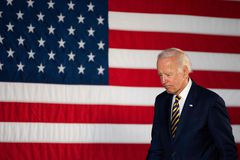