Lloyd Axworthy is chair of the World Refugee Council

Recently, amidst a gathering of asylum hopefuls in the crowded Tijuana gymnasium that serves as a makeshift camp for the caravan of Central American migrants, I was taken aback when a group of young women and men said they wanted to come to Canada.

They explained how a few days earlier a Catholic Bishop had visited the camp and was advising them that Canada would offer a more open and friendly reception, albeit one that is a little colder on the thermometer. Whatever the conditions, it was seen as an alternative to the deep disappointment and despair these migrants now felt. The dream that had carried them over a thousand miles was turning into a nightmare.

It was the day after the tear gassing, arrests and deportations at the border by American and Mexican authorities and many of those talking to us were in a state of confusion and disbelief that they were repulsed in such a forceful and dangerous way. They had undertaken the long trek from the violence and poverty of Central America in the belief that they would be allowed to enter and register as refugees.

Now the realization was setting in that they were being stonewalled and that their hope of entry to the United States had run into the roadblock of U.S. President Donald Trump’s restrictions on the right of asylum. A U.S. federal court had ruled that he couldn’t close the border to potential applicants but the tear gassing showed there were other menacing moves he could make.

What was particularly distressing to the many women in the group was that they had no chance for sanctuary.The Trump administration has specifically excluded domestic or gang violence as criteria for refugee admission to the United States, thus barring women and girls, the obvious victims of such violence, from any consideration. Those volunteering in the Tijuana refugee camps reported that there is a significant number of single women with children in the caravan and the overt discrimination against them is a source of personal trauma for those denied any alternative.

Which brought me back to the question posed by the young migrants. What about Canada? Was there a role for us to play in alleviating this humanitarian outrage?

Answering this question is important. This is happening in North America. It involves our North American free-trade agreement (now United States-Mexico-Canada Agreement) partners. And it has implications for Canada’s ability to be a leader in our own hemisphere on one of the most significant human security issues that cries out for action and solutions. The movement of forcefully displaced persons, driven by conflict, violence and environmental degradation, is a test of how well responsible governments can show a skeptical public that they can handle difficult but not unmanageable problems.

It was a question I posed the next day to a group of experts, academics and activists assembled by the Center for U.S.-Mexican Studies at the University of California at San Diego. The discussion resulted in a clear hope that Canada would examine its options such as direct health and education assistance, registering the people in the camp, assessing impacts on women and children, and involvement in efforts to mitigate the violence in Central America. And, in particular, there was a strong plea that a designated group of women and children from the camp be resettled in Canada.

Here’s the rationale. Canada has set out that the treatment of women and girls is a priority of our international policy. One of the key findings of the World Refugee Council Report to be released in the new year is the extent of discrimination against women in refugee situations. Here is a clear opportunity to act against such bias.

Providing an immediate response to the humanitarian crisis of exclusion of women and girls unfolding on the U.S.-Mexican border would be a signal to rectify this transgression in international refugee policy.

The minister of immigration has rightly asserted that Canada will sign on to the UN Compacts on Migration and Refugees and that they are important foundations for a renewed commitment by members of the international community to a fair, effective and just system to handle the growing numbers of people displaced by the pernicious actions of others.

Canadian leadership in meeting this tragedy on our doorstep would be a welcome, tangible demonstration of how the compacts can be a springboard for direct action and lead to improved collaboration on migration and refugees issues. It would be a counter to the negative stance of too many political players who exploit public emotions through misleading narratives on refugees. And, it would give tangible meaning to the Canadian focus on the plight of women and children, offering a timely sign to those in the Tijuana camp that help may be on the way. 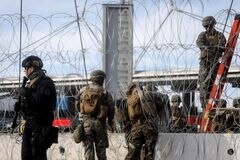 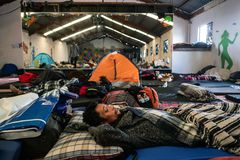 Mexico signals it would be willing to house migrants while they apply for asylum in U.S. Subscriber content
November 27, 2018 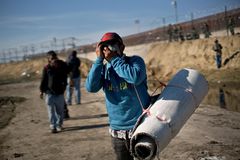